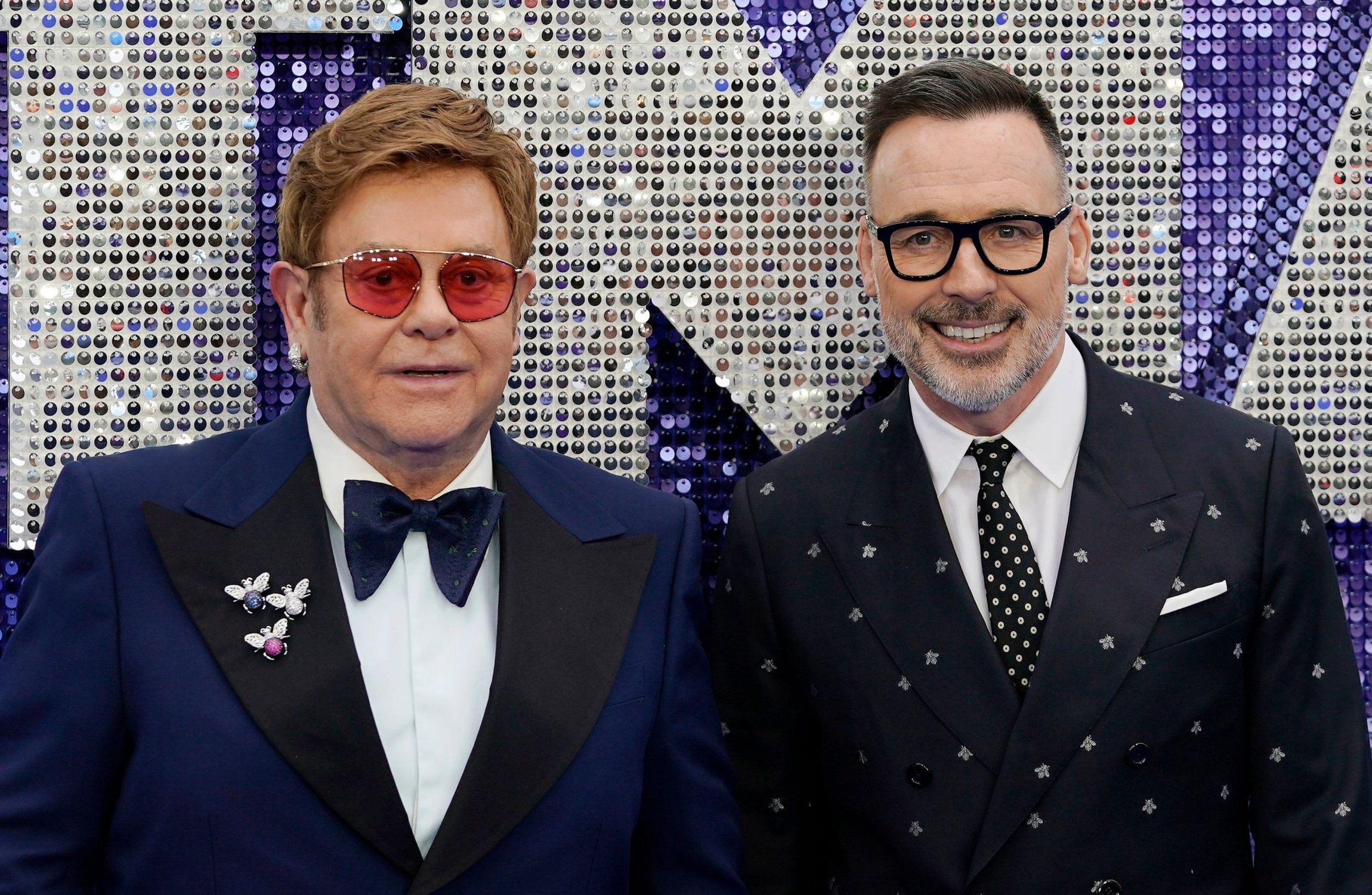 The filmmaker spoke with Richard Arnold on Good Morning Britain about Sir Elton, who recently featured in an NHS ad campaign with Sir Michael Palin, urging people to get their jab.

In the advert, the 73-year-old is seen auditioning for a part in the campaign to promote the importance of the vaccine.

Speaking about his husband getting the jab and the campaign, David began: ‘It’s a big load off my mind obviously.

‘I think we need a bit of levity. The vaccination is not a scary thing, the vaccines themselves are actually really really good.

‘It’s great to have him and Michael have a bit of fun with it.’

‘All the news surrounding Covid has been so serious,’ he added. ‘We’ve been living through very heavy times so it’s nice to have a little bit of not taking yourself too seriously.’

David, who shares two children with Sir Elton, went on to discuss how they have been spending lockdown.

He also explained that the Your Song hitmaker has embarked on a new fitness regime and diet.

He continued: ‘We’ve had the most amazing year doing stuff together, watching lots of movies, lots of television. Elton is continuing to just devour new music, he listens to everything new that comes out all the time.

‘We’ve been really busy, happy and fulfilled and also, more important than anything, spending more time together as a family and loving it.’

‘We work together at home, we produce his radio show, we get on really well, we just enjoy each other’s company and we’re happy as a family,’ he added.

Sir Elton and John met in 1993 and were one of the first couples to form a civil partnership in the UK.

They later went on to get married in Windsor in 2014.

MORE : Dancing on Ice: Denise Van Outen fears injury is getting worse after dislocating shoulder in horror fall: ‘I’ve taken a step back’

Love Island 2021: Start date, how to apply and will it definitely go ahead?