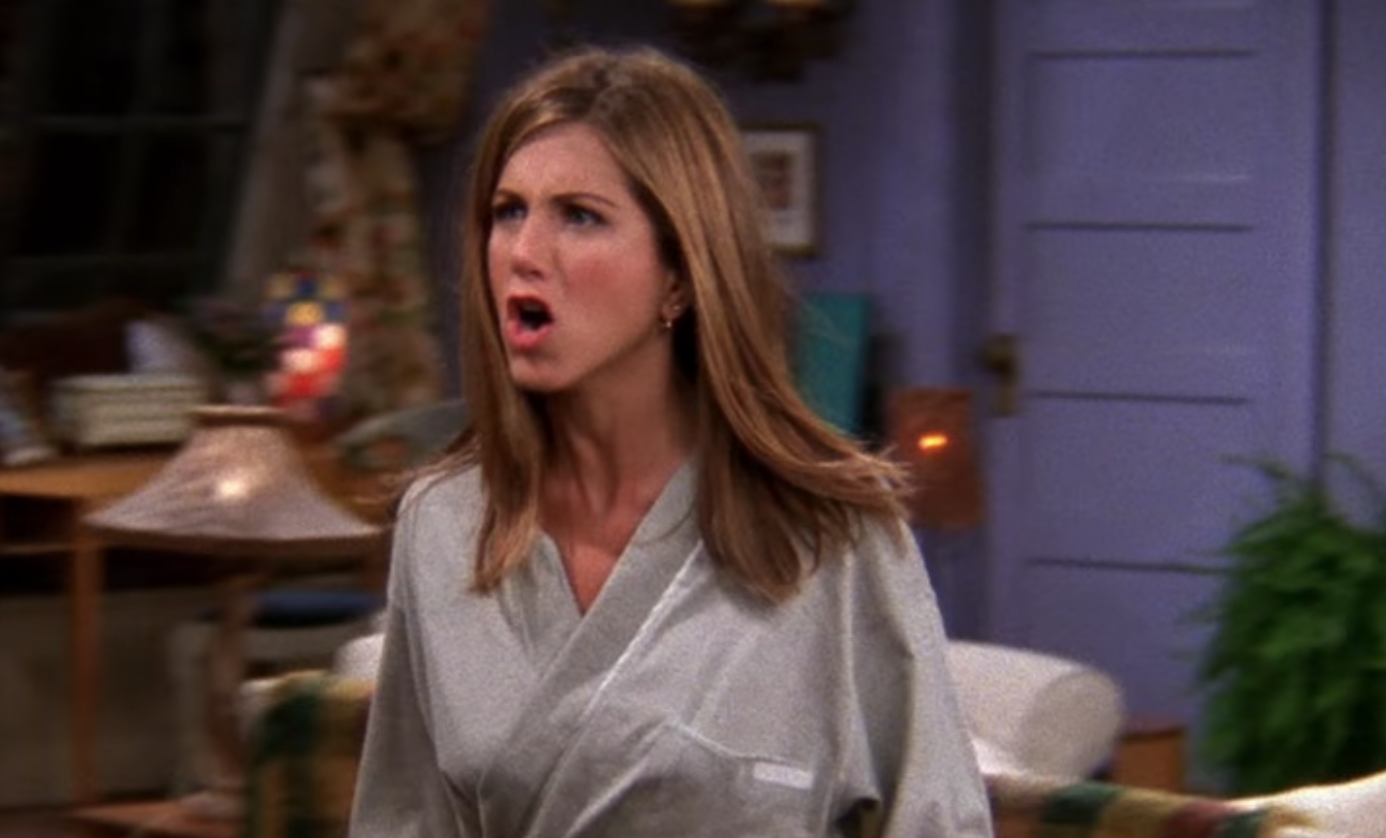 An eagle-eyed Friends fan has pointed out Jennifer Aniston’s verbal tic – and once you noticed it you’ll not be able to unsee it. So, apologies to anyone currently bingeing the beloved sitcom.

A new TikTok challenge has seen users sharing annoying TV show tropes and one fan highlighted the Rachel Green star’s habit of clearing her throat before starting a sentence.

‘So technically this isn’t a trope but what I’m about to say is going to ruin your life, especially if you are a big fan of the show Friends,’ they warned.

‘If you are a big fan of the show, I’m begging you, scroll away, because I’m going to ruin your life.’

The TikTok user then revealed: ‘Jennifer Aniston has this vocal tic that she does at the beginning of every single sentence that she starts on any show that she’s in. It’s very specific and it’s very hard to unsee once you notice it.

A reel of Jennifer’s throat-clearing then played out, much to the surprise of fans.

‘I can’t stop hearing that now!’ wrote one, which another added: ‘I should have scrolled!’

The recent discovery comes just weeks after fans noticed that Ross Geller’s dad Jack Geller had been replaced by a completely different actor in season eight episode The One in Massapequa.

A number of glaring continuity errors have been spotted in recent years, such as Brad Pitt’s missing Thanksgiving pie and a crew member’s head cropping up in another scene.

Friends is available to stream on Netflix.

Tim Burton is creating a Wednesday Addams spin-off for Netflix