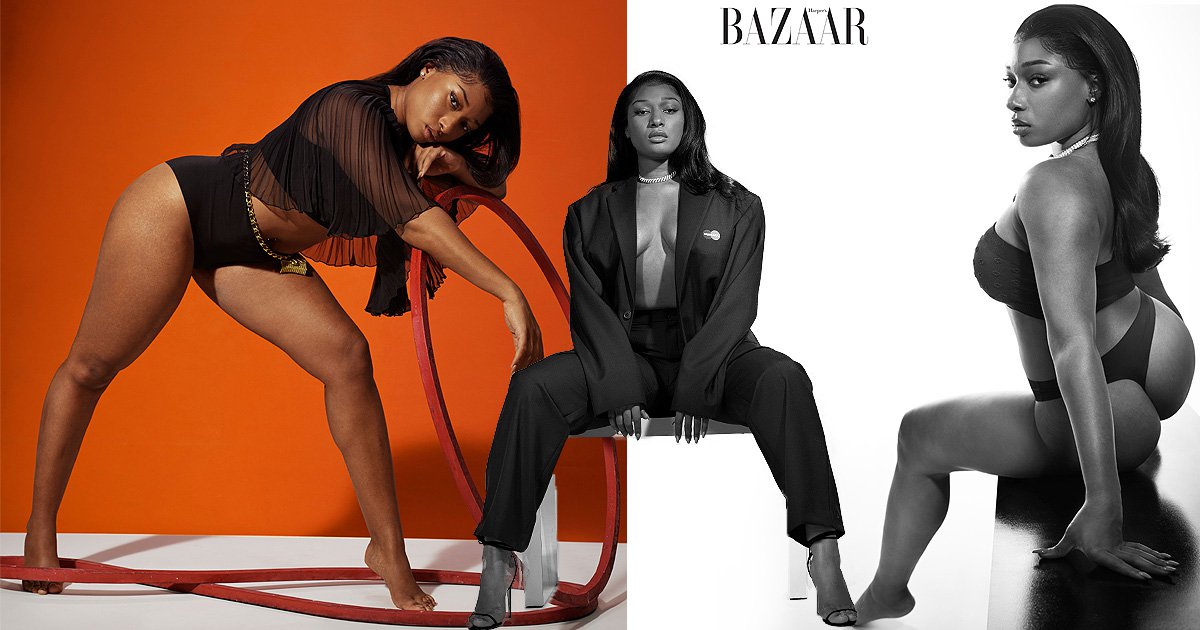 Megan Thee Stallion has spoken out about the importance of developing confidence in her own skin as she stunned with her latest magazine cover.

‘I know that I’m a person that everybody looks to, and they’re like, “Oh, Megan, she’s a confident woman. She’s so strong.” But you have to go through things to become that person.’

Megan’s the magazine’s latest cover star, and her confidence can definitely be seen in her fierce photoshoot, in which she slayed a host of looks.

From a black underwear two-piece to floaty chiffon numbers, the WAP star’s simple yet striking shoot is one of her most iconic yet.

The Body star also spoke out about her desire to be known as one of the greatest female rappers in the game, adding: ‘I feel like when it’s all said and done, when people want to talk about female rap … they are definitely going to have to put my name up there with the OGs.

‘My next project, I’m not going to tell you all who it’s going to be, but she got something.’

Megan might have been on one of the biggest songs of 2020 with Cardi B, but her family always impressed the importance of getting an education as well as her rap career.

She is currently on track to getting a degree in health administration from Texas Southern University, where she is taking an online course after having to change from a regular course when she found fame.

The star explained: ‘Before my mom passed, she really would be on my butt about getting my degree.’

She added that her great-grandmother was always asking: ‘You are going to get them papers?’, and her grandmother who was a teacher ‘wasn’t trying to hear none of that rap stuff.’

Her hope is to open an assisted-living facility once she is qualified, having previously told People: ‘I really wanted to be an administrator over a hospital, but I knew I still wanted to be Megan Thee Stallion.

‘I was like, “What can I do?” I was like, “You know what, I’m gonna open an assisted-living facility and use the money that I make from rapping to open it. Then I’m gonna let my classmates run it.”’

The full interview with Megan Thee Stallion is in Harper’s Bazaar’s March issue.

MORE : Cardi B and Megan Thee Stallion’s WAP is ‘most popular song to have sex to’, study finds

What it means to be “bicurious”