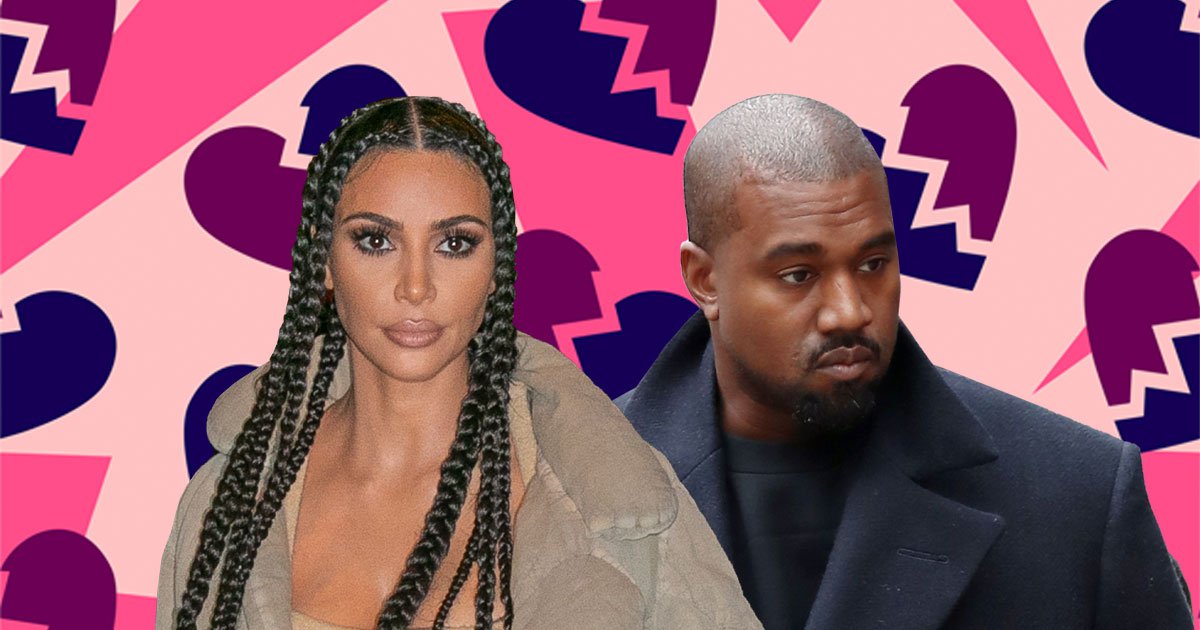 The couple tied the knot in 2014, and share children North, Saint, Chicago and Psalm together.

It has been widely speculated that they called time on their relationship at the beginning of the year – with the 40-year-old being seen without her wedding ring.

An insider has now told TMZ that the Keeping Up With The Kardashians star has filed documents, but proceedings are ‘amicable’ between the pair.

The publication states Kim is asking for joint legal and physical custody of their brood, with a source explaining that the Golddigger rapper is ‘fine’ with this arrangement.

They are also said to be ‘committed’ to co-parenting their little ones together.

Kim’s lawyer, Laura Wasser, has allegedly filed the papers, which are said to state that neither party is contesting their existing pre-nup – and they are already ‘far along’ in reaching a property settlement agreement.

A rep for the businesswoman confirmed their divorce to ABCNews.

Kim and Kanye went public with their romance in April, 2012, and got married in a swanky ceremony in Italy two years later, just months after the birth of their eldest daughter, North.

There has been intense speculation over their romance over the last few months – after the musician spoke about their private lives during his Presidential campaign rally in the summer.

Speaking to a packed crowd, he disclosed that they considered aborting North, when Kim fell pregnant.

Ye also made headlines when he tweeted that he had been trying to get divorced since the mum-of-four met Meek Mill in 2018, and made digs at her mum in now-deleted tweets.

Neither have publicly discussed the status of their relationship, but Kim has since been pictured without her wedding ring.

Her husband was also notably absent from her Instagram page over Valentine’s Day last weekend.

‘It’s got to the point where they haven’t spent time together as a married couple in months,’ an insider told E! News recently.

‘They’ve seen each other for the sake of the kids but have been living separately. Kim knows the marriage is over. She’s known for a while.’

Metro.co.uk has contacted reps for Kim and Kanye for a comment.

MORE : The Young and the Restless star Sasha Calle confirmed as first Latina Supergirl for DC’s The Flash movie