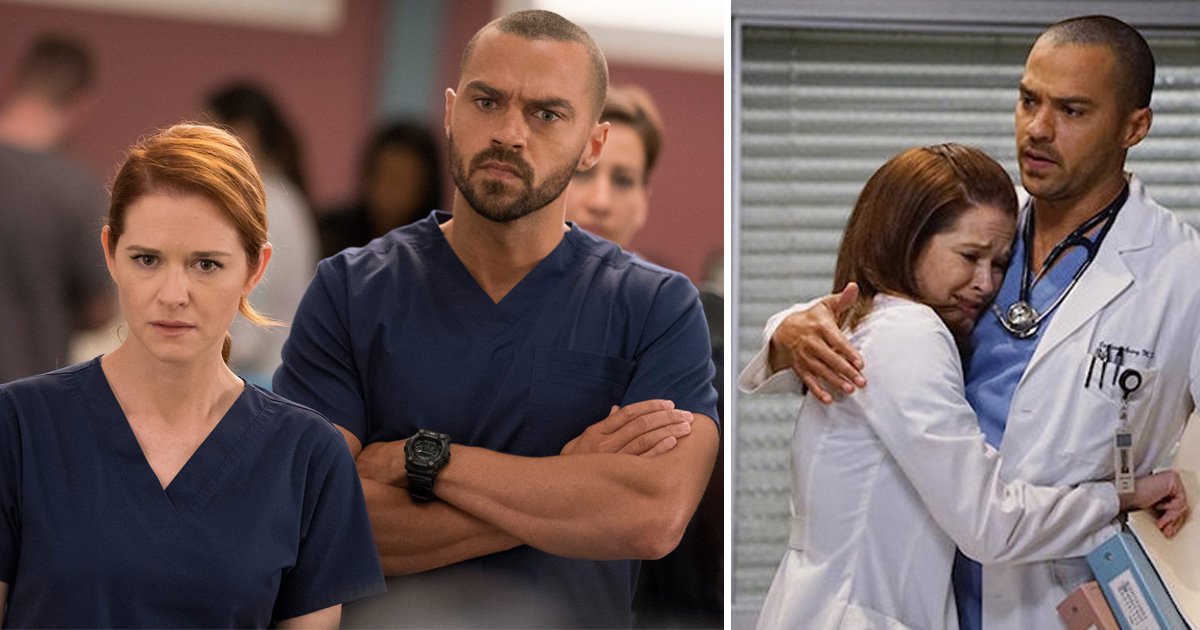 Turns out Grey’s Anatomy star Jesse Williams is as much of a member of Team Japril as viewers of the hit medical drama.

The actor’s character Jackson Avery had one of the most beloved relationships on the show alongside Sarah Drew’s April Kepner.

However, the character’s romance failed to make it through the many hurdles thrown their way on the long-running program.

In fact, Sarah left the show in season 14 after April was seen getting married to Matthew Taylor (Justin Bruening).

Speaking to Entertainment Tonight, Jesse admitted he still hopes Jackson and April could get back together again in the end.

He explained: ‘They are incredible together. I am a fan [of Drew’s] and she is absolutely one of the most special people I’ve worked with.

‘We developed those storylines together with our incredible writers, so it’ll always hold a very real place in my heart and memories. We stay in contact. She is the sweetest.’

The actor added that he would ‘love any opportunity for us to continue that story’ because Jackson and April – who share daughter Harriet – ‘have an ability to communicate and be vulnerable with each other and push each other.’

Indeed, Metro.co.uk viewers recently voted the pair as the best couple on the ABC series, so he’s not the only one who missed Japril’s love story.

Grey’s Anatomy and Station 19 return to ABC on March 11.

Paddington 3 confirmed – but who will follow Hugh Grant as the villain?