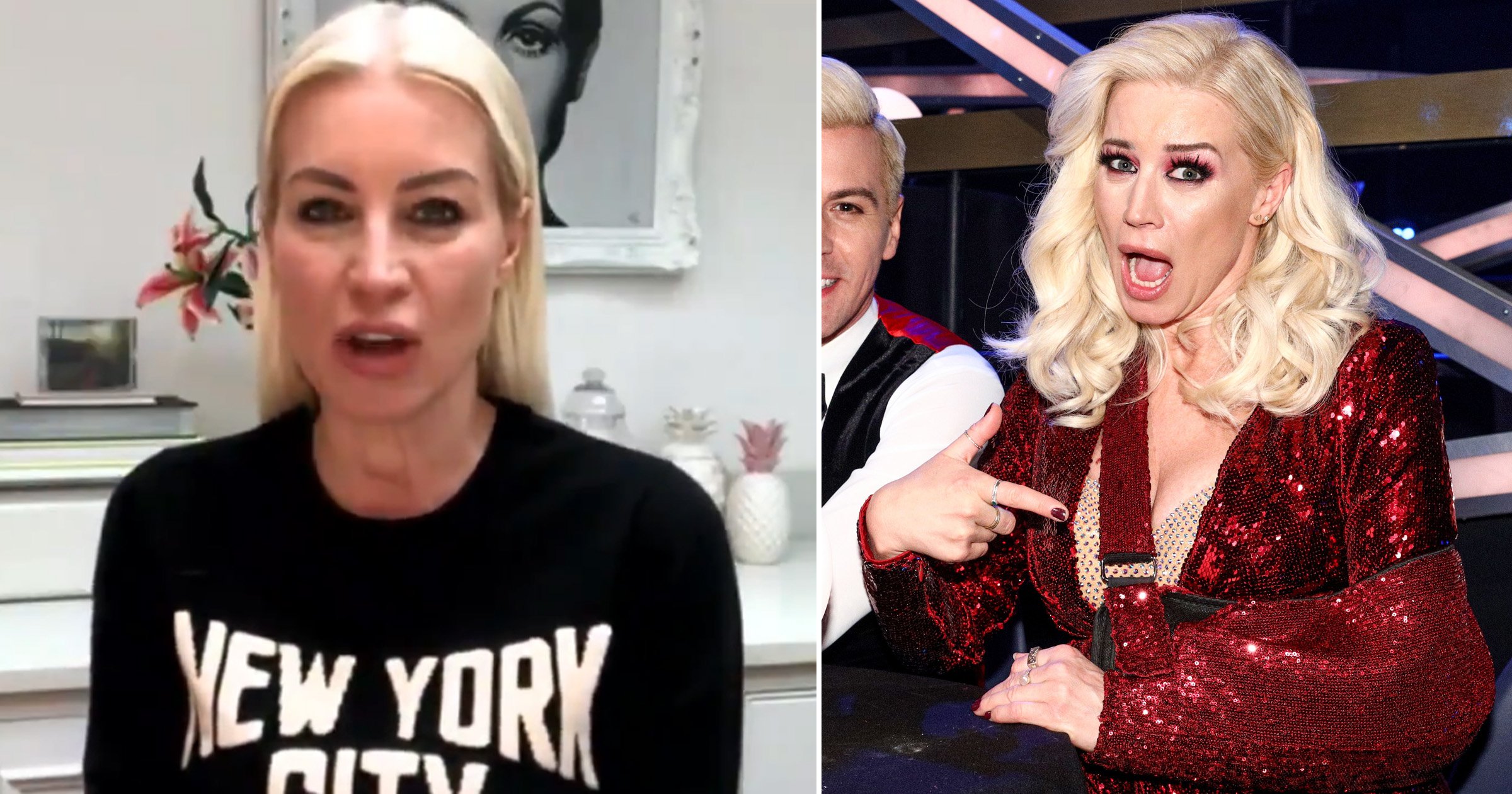 Denise Van Outen is concerned that her injury is getting worse after she fell and dislocated her shoulder during Dancing on Ice rehearsals.

The West End star, who was partnered with Matt Evers, was forced to drop out of the competition after fracturing her shoulder in three places.

The 46-year-old said at the time that she vomited and almost passed out because the pain was so intense.

Speaking via video link on Friday’s BBC Morning Live, Denise gave host Gethin Jones an update on how she was feeling.

She explained that despite not being ‘too bad’ she feels like she has take a ‘step back’.

‘It was quite a bad fall,’ she began. I’m not too bad to be honest.

‘I have been trying to move my arm more because the physio advised me to. I’m a bit concerned now that I am getting frozen shoulder because I’ve got very limited movement, I feel like I have taken a little bit of a step back.’

The actress went on to add that she has another scan on Tuesday so she hopes to find out more about her injury.

‘It’s a weird thing when it’s your shoulder because you can’t really put a cast on it, you can’t keep it in a sling so you’ve just got to try and keep it moving so I keep forgetting,’ she added. ‘I still have fractured bones.’

So far five celebrities have been forced to drop out of the series, including Denise.

The latest leaver was professional skater Hamish Gaman, who had to quit after injuring his hand while putting on a sock.

Reality TV star Billie Faiers was also forced to leave after suffering a concussion after a nasty fall.

Emmerdale actor Joe-Warren Plant and comedian Rufus Hound also had to quid after they both tested positive for coronavirus.

Singer Jason Donovan also missed an episode due to a back injury.

Dancing On Ice will not air on Sunday as producers took the decision to pause filming for ‘the welfare of the cast and crew’.

BBC Morning Live airs weekdays at 9.15am on BBC One.

MORE : GMB doctor warns viewers to be ‘cautious’ when booking a summer holiday over risk of bringing ‘mutant viruses back’

Pandemic award shows aren’t great – but Tina Fey is a great choice to...

Ryanair to keep Cork Airport base closed until winter 2021