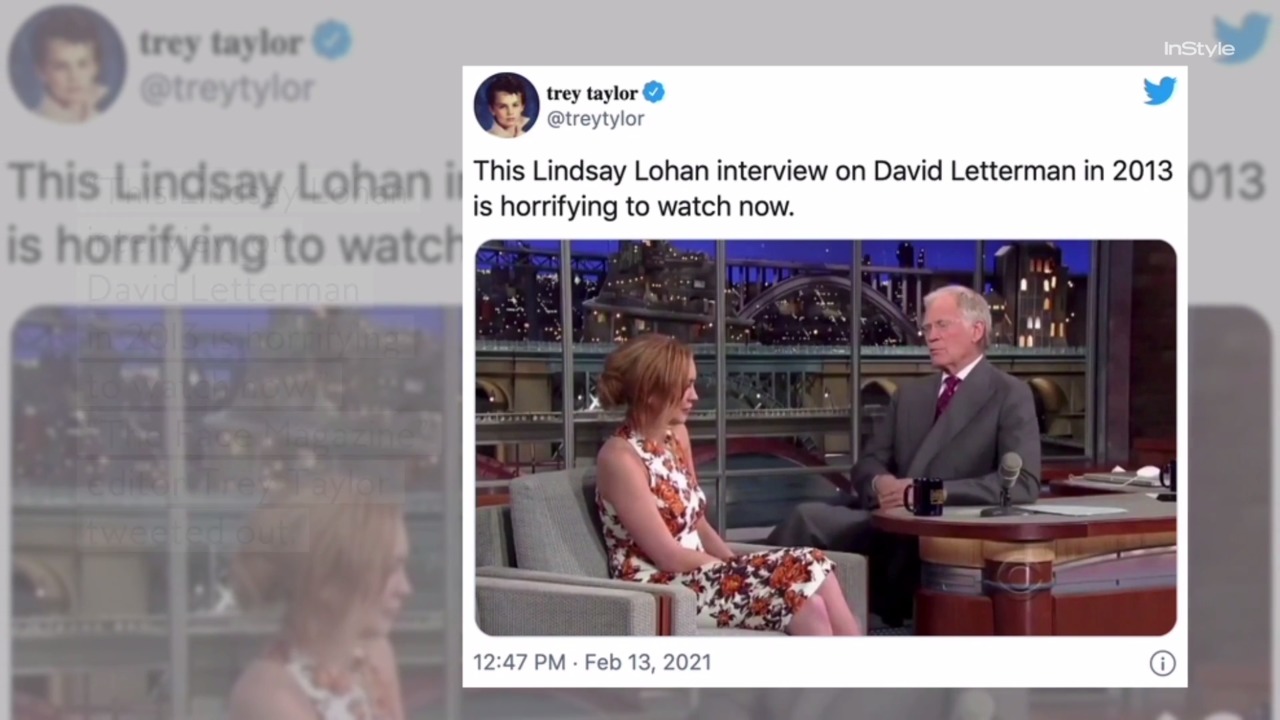 “This jennifer aniston interview on David Letterman in 1998 is still disgusting to watch.”

As we continue to reckon with the TV media’s unfair treatment of celebrities — inspired in part by Britney Spears’s Diane Sawyer interview, which was excerpted in the documentary Framing Britney Spears — more and more cringe-inducing segments are resurfacing.

One of the clips featured Lindsay Lohan on the Late Show with David Letterman in 2013. The talk show host ambushed Lohan with questions about rehab. She clarified “we didn’t discuss this in the pre-interview,” and yet he ambled on, continuing to make jokes about her struggles with addiction, continuing to ignore her many protestations.

In another problematic Letterman segment, the host sat down with America’s reigning sweetheart, Jennifer Aniston, who visited the show in 1998 to promote her film The Object of My Affection.

After the Friends star shared an anecdote about running into fans in her gym’s steam room, Letterman scooted his chair behind Aniston’s and told her, “Forgive me if this is rude, I just want to try one thing.” He then placed a tendril of the actress’s hair into his mouth (!!!), sucking on it as he slowly pulled away. Aniston played along gamely, laughing through the act, but she couldn’t hide her disgust after Letterman handed her a tissue and she had to dry her hair of his saliva.

I was a fan of Letterman when I was in high school and university, but when I look back on a lot of his clips they’re soo awkward and cringy. The most horrifying one is him smelling Jennifer Aniston’s hair- there’s no comedy it’s just straight up sexual harrassment on air 🤮

If y’all triggered and want more, find his Jennifer Aniston one

Or if you want to get more triggered, google Don Rickles https://t.co/OfW1wGQEP3

Can you imagine a media personality pulling something like this today? Though the boundaries between celebrities and the media are more clearly delineated today than they were 20 years ago, the passage of time should not give anyone a pass for literal harassment. This treatment of women was disgusting in 1998 and it’s disgusting in 2021.

Judge Judy says her feelings are not ‘necessarily PC and kumbaya’

Seth Rogen launches his own cannabis (and ceramics!) business: ‘I really love weed’

Crystal Cruises insists passengers must be vaccinated to travel