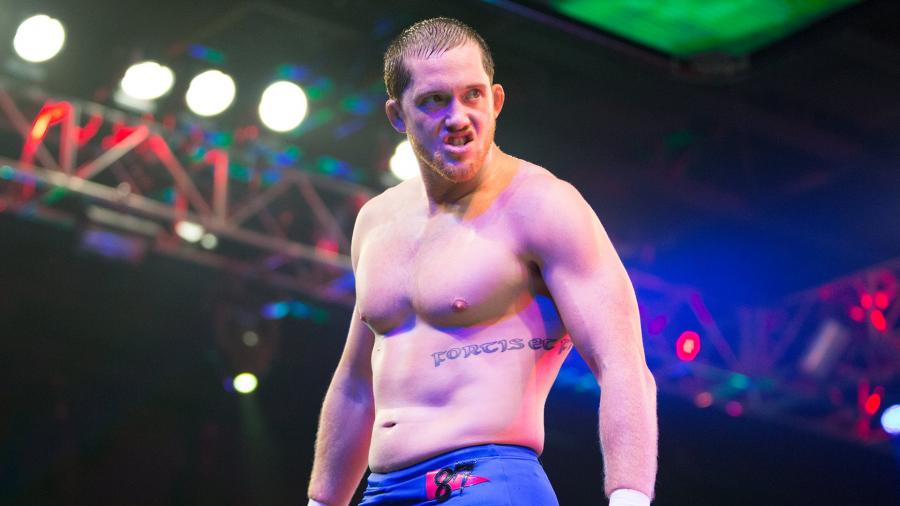 The 33-year-old superstar – who has type 1 diabetes – sparked concerns he had suffered a seizure as he was apparently knocked unconscious after hitting the ring steps at the end of the show.

Triple H, Finn Balor and other officials were by his side, and the wrestler was taken from the Capitol Wrestling Center on a stretcher.

There was understandable concern for O’Reilly after pictures made the rounds on social media.

However, Fox Sports journalist Ryan Satin reported the off-air incident was done for storyline purposes, rather than a legitimate injury.

He tweeted: ‘From what I’m being told, Kyle O’Reilly did not suffer a real seizure after NXT tonight and did not suffer a medical episode. According to WWE sources, it was all just part of storyline. Happy to hear he’s okay.’

Kyle started the show as he called out Adam Cole after the latter ripped the heart out of the Undisputed Era at the end of NXT TakeOver: Vengeance Day over the weekend.

It was as typically brilliant as you’d expect, with a chaotic ending seeing the referee get taken out and Cole launching on the attack to assault his former friend.

The confusion saw Balor accidentally kick Strong, which in turn led to Dunne taking advantage and winning with the Bitter End.

The exclamation point on the show came as Cole hit a superkick on Balor and stood tall with the NXT Title – potentially a sign of things to come.

Thankfully, what followed after NXT went off the air doesn’t appear to be as scary as it first seemed.

Sony closing down Japan Studio is the beginning of the end for PlayStation –...

What it means to be “bicurious”

Chloé Zhao on Being Honored for ‘Nomadland’ and Falling in Love With Marvel’s ‘Eternals’...