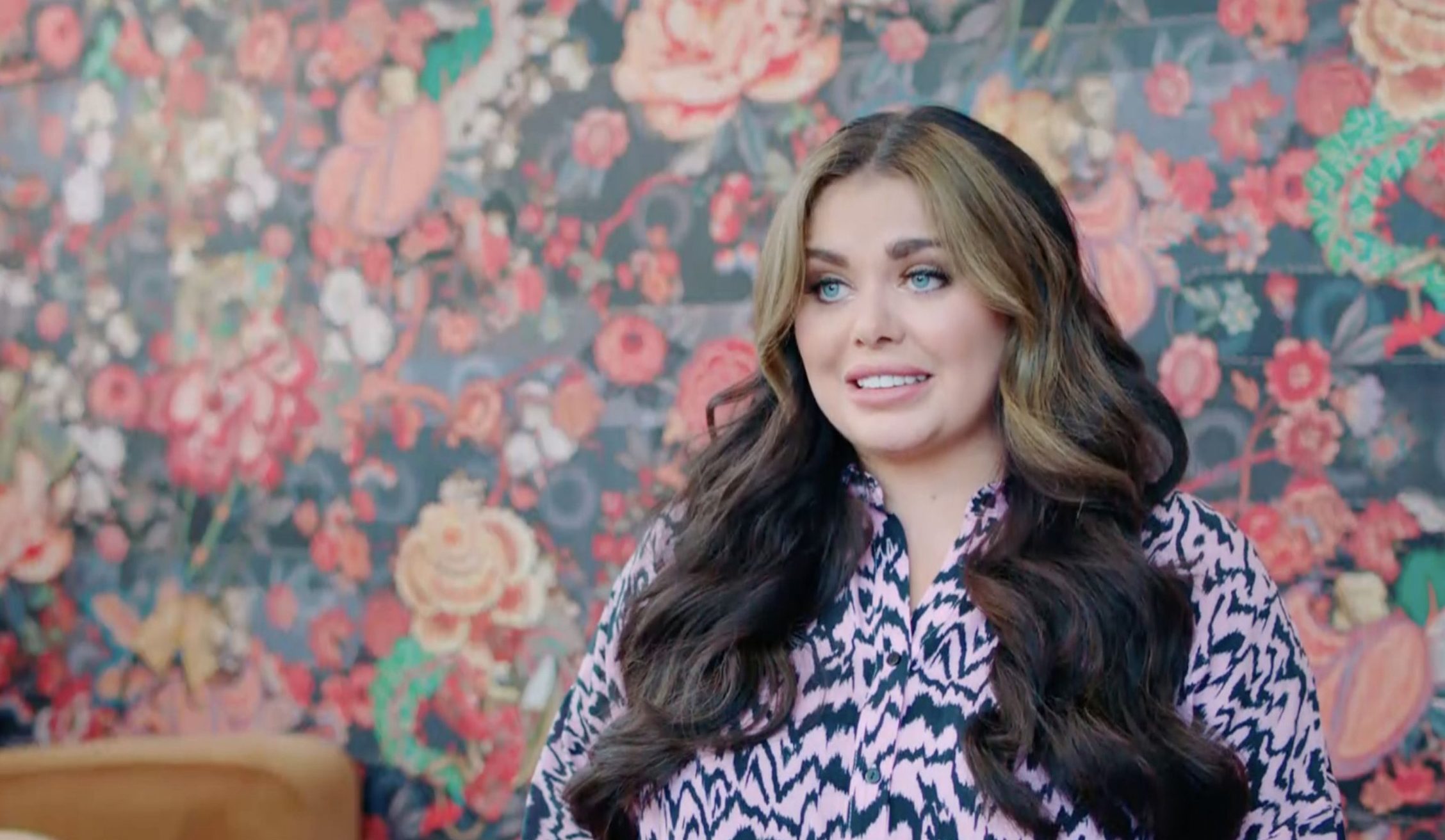 Scarlett Moffatt may be all loved-up with a human, but that doesn’t mean she’d be opposed to dating a, erm, ghost.

The former I’m A Celebrity winner, 30, revealed that if she was approached by a good-looking ghost to ‘get it on’, she’d be all up for heading out on a few dates with it and seeing where things go.

When asked how she’d react if she found out her boyfriend Scott Dobinson had cheated on her with a ghost, Scarlett revealed she has no time for being unfaithful whether it’s with a human or not and insisted she’d still ‘go mental’.

While appearing on BBC Sounds podcast, 6 Degrees with Jamie Laing and Spencer Matthews, Jamie asked Scarlett: ‘Can I ask you a personal question about ghosts?

‘If you were in your single days and you woke up and there was a really good-looking ghost, he was wearing a t-shirt and jeans and he started to flirt with you and said, “Come on, let’s get it on,” would you say, “Alright let’s do it?”‘

‘I think I’d say, we need to go on a couple of dates first,’ Scarlett joked.

Spencer then pointed out that she’d be the only person who could see the ghost and said behaviour with the ghost, but Scarlett doubled down on her answer: ‘Well, I’d still want to go out for food and get to know it.’

Asked how she’d feel about her man having a relationship with a ghost, Scarlett said she ‘100%’ thinks it’s cheating.

‘If I found out that Scott was cheating on me, I’d go mental,’ she said.

Explaining all her anger would be directed at Scott, Scarlett added: ‘It’s not the ghost’s fault, she might not know that we’re in a relationship. I would blame Scott.

The conversation got even weirder as Spencer then asked how Scarlett would feel if she woke up in the middle of the night and Scott was ‘having a bit of fun’ with the girl ghost, but he didn’t know, the ghost had just snuck in.

She and boyfriend Scott have been dating for over two years now. Scarlett recently told fans that she feels like 2020 actually brought her ‘closer’ to her boyfriend as they navigated their way through lockdown together.

In a sweet post on Instagram, Scarlett said: ‘2020 can’t wait to tell you to… well in a nutshell eff off! The one thing that 2020 has brought me is closer to this man @scottdobby ❤️.

‘I always think of myself as independent, strong willed and a feminist. But that doesn’t mean that I can’t say from the bottom of my heart thank you for helping me get through this year.’

The former Gogglebox star and policeman Scott first got together when Scarlett slid into his DMs after enlisting his help over a ‘weird pap’ during a 999 call.

Scott came to her house to deal with the situation and finding him fit, Scarlett plucked up the courage to make a move and the rest, as they say, is history.

MORE : FKA twigs breaks down in tears as she details Shia LaBeouf ‘abuse’ during candid TV interview: ‘I felt so alone’

MORE : Loose Women’s Charlene White once ‘spent a weekend with Destiny’s Child’ after a night out

Kendall Jenner Announces the Launch of Her New Tequila — And It’s Already Won...

Why Drew Barrymore is the most underrated celebrity

Is Come Dine With Me filmed over a week?