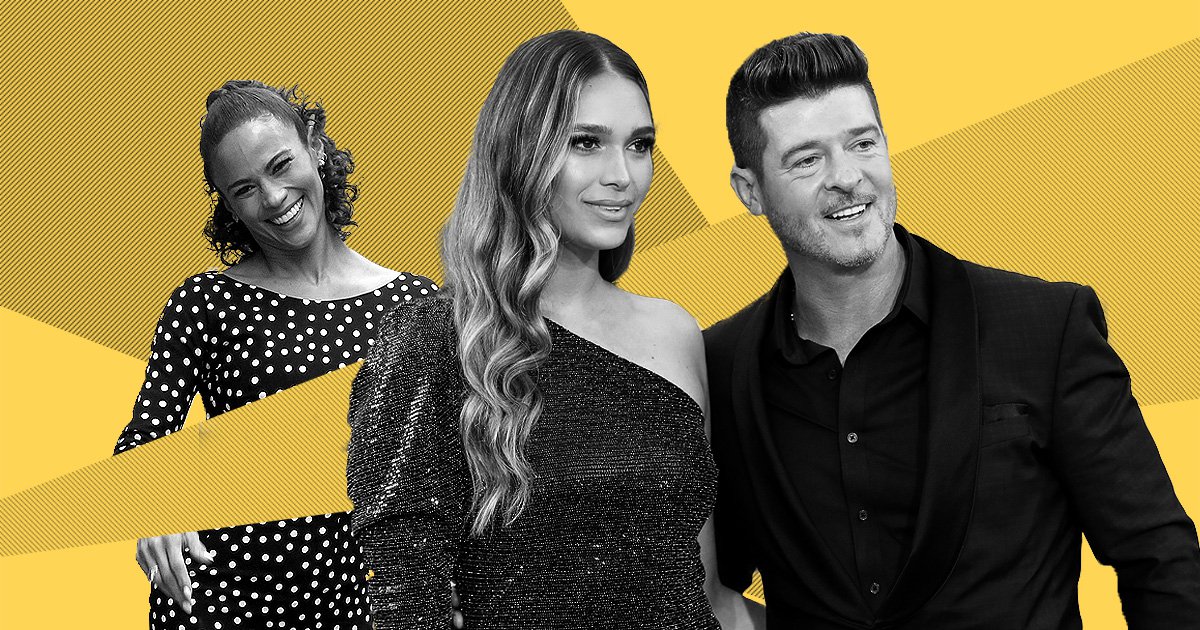 Robin Thicke has opened up about the importance of having couples therapy, admitting it has worked wonders for him with his ex-wife and current fiancée.

The singer, 43, revealed that he and fiancée April Love Geary, 26, and his ex-wife Paula Patton, 45, found it useful to talk to an outsider to get some perspective on their relationships.

He said during an interview with the Black Girls Texting podcast: ‘Therapy is not for everybody all the time, but it definitely opens barriers for us, even just to go once or twice.

‘If you’re struggling in your relationship, one visit, one conversation with a third party can change things.’

‘We’ve had a few sessions and it’s really helped for us, so I am a total believer in therapy.’

The Blurred Lines star added that therapy is not necessarily something people need or want to do ‘every week’, but it can be a helpful tool to overcome issues which arise from time to time that can be helped by an outside viewpoint.

He admitted that had helped when it came to co-parenting with his ex, Paula, who he was with from 2005 until 2015 and with who he shares 10-year-old son Julian.

Robin and April also have three children together – two-year-old Mia, Lola, one, and two-month-old Luca.

The couple had met at a party in 2014 after Robin and Paula had announced their separation.

MORE : Robin Thicke opens up on difficult Blurred Lines era and painkiller abuse: ‘I was in a bad place’

Books to read about the royal family, from the Queen to Diana

Absolutely everything you need to know about Leo

Taylor Swift cancels postponed shows – and warns ‘near future’ of...

‘Workation’ heaven: How you might work nine-to-five from the four corners...