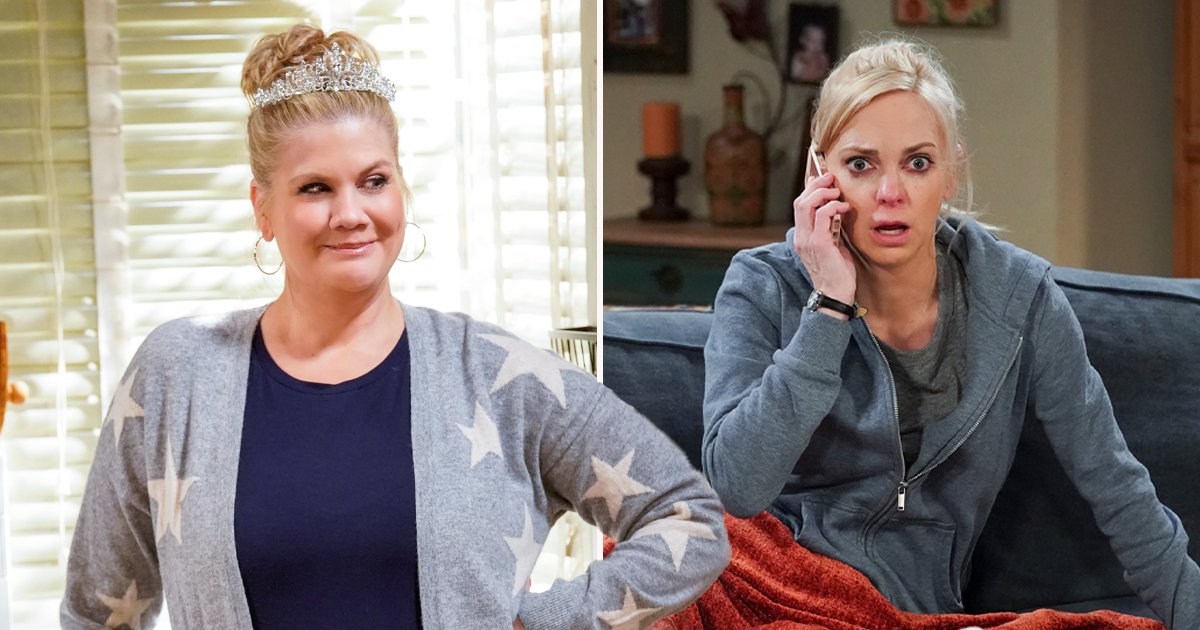 Mom star Kristen Johnston is just as dismayed as fans after it was revealed that the show will end after season eight finished.

The current season finale will officially be the last ever episode of the hit sitcom, months after co-lead Anna Faris’ surprise departure from the project.

The first seven seasons had featured Alison Janney and Faris as mother and daughter Bonnie and Christy Plunkett.

Thought the CBS show found a way to go on without Faris in this eight season, it seems it wasn’t enough to keep the comedy going for longer.

‘For the past eight years, we’ve had the great honor to bring these wonderful characters to life, sharing their struggles and triumphs with millions of viewers every week,’ executive producers Chuck Lorre, Gemma Baker and Nick Bakay told Variety.

‘From the beginning, we set out to tell stories about recovery from alcoholism and addiction that are rarely portrayed in a network comedy series… we take great pride in knowing Mom has positively impacted so many lives.’

Johnston, who played recovering addict Tammy Diffendorf, tweeted in reaction: ‘Such a huge bummer. This show has been such a total joy & honour to be a part of.

‘It’s been life-changing for me to be on a show that’s about recovery & women supporting each other thru thick & thin. Plus, Mom has the BEST fans ever.’

Just the day before, Allison Janney admitted it had been ‘odd’ to film without Faris.

MORE : Anna Faris’ decision to quit Mom ‘a nightmare’ for CBS ahead of new season: ‘No one wanted this’

A first taste of freedom: 20 amazing UK holidays with availability from April 12

Ghetts rides self-propelled gun through Central London as he pushes for number one for...