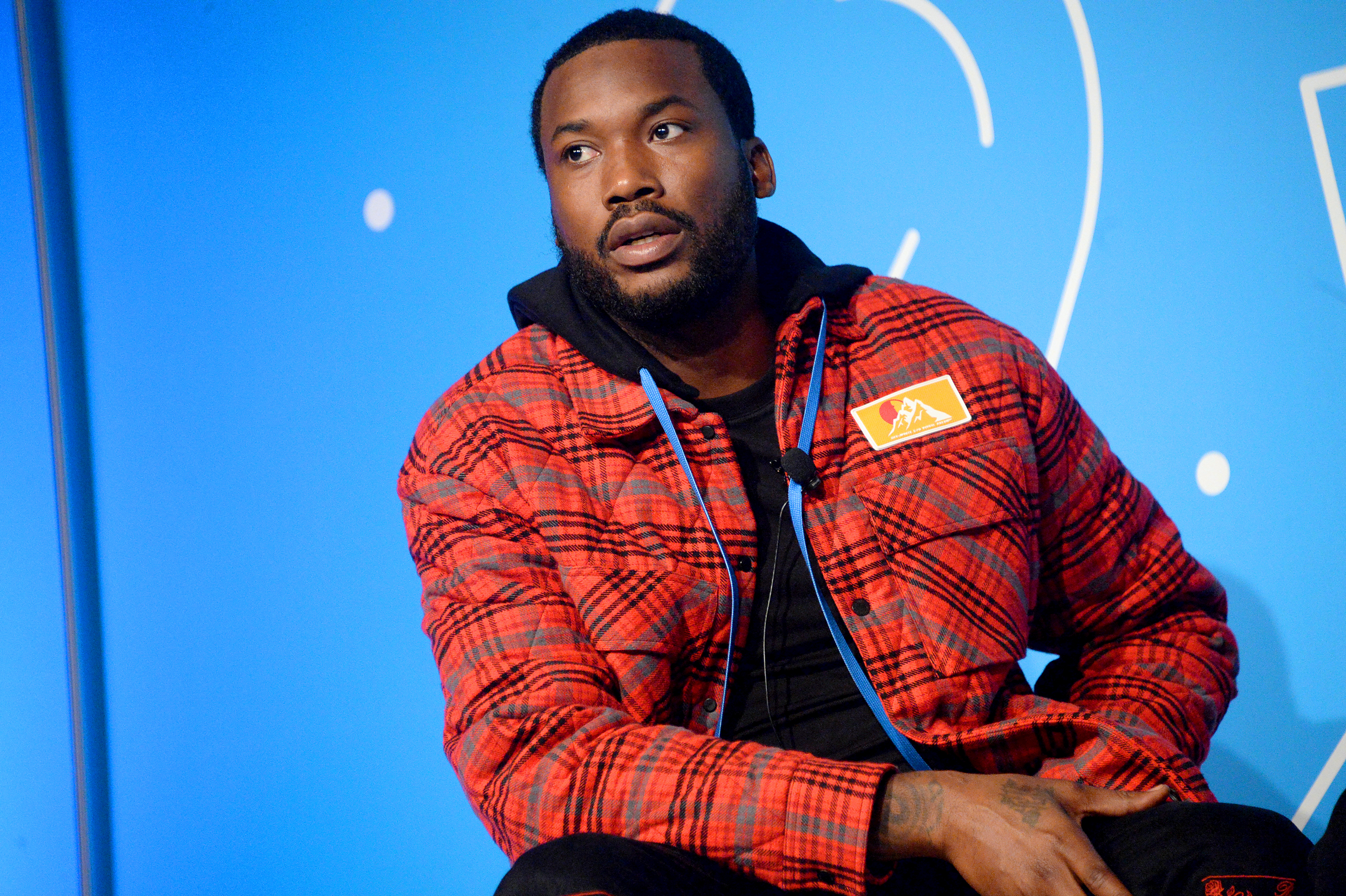 Meek Mill is facing backlash over a lyric on his new song which reportedly makes a reference to the helicopter crash that killed Kobe Bryant.

A preview of the untitled track, which features Lil Baby, leaked on social media this week and appears to include Meek rapping the insensitive line.

‘If I ever lack I’m going out with my choppa, it be another Kobe,’ Meek reportedly raps.

It was just three weeks ago that the world marked the first anniversary of Kobe’s death.

The NBA legend died aged 41 in a helicopter crash, which also claimed the lives of his 13-year-old daughter, Gianna, and seven other people on January 26, 2020 in Calabasas, California.

Meek hasn’t directly addressed the criticism but did tweet this morning: ‘Somebody promo a narrative and y’all follow it…. y’all internet antics cannot stop me ….s**t like zombie land or something! Lol.

One of Meek’s fans defended him over the controversial lyric and tweeted: ‘People tryna start s**t for no reason the line clearly was not meant to disrespect Kobe in anyway.’

However, another follower replied: ‘In my opinion it was disrespectful and distasteful. A lot of people died in that accident and a lot of people are still torn up. Some people just don’t understand that it’s inappropriate.’

One critic questioned: ‘My n***a did you really think that line was hard.’

Disappointed in Meek’s lyrics, another weighed in: ‘What You Talking About Meek Kobe Off Limits.’

‘Very insensitive. He has a wife and children. Just bc other ppl have done it doesn’t mean it’s okay. Regardless it’s disrespectful,’ one stated.

Another agreed: ‘Vanessa and their daughters don’t deserve that.’

Kobe is survived by his wife Vanessa Bryant and their three other children; Natalia, 18, Bianka, four, and Capri, one.

Last week, the investigation into the helicopter crash closed and was deemed to be an accident likely caused by the pilot becoming disoriented while flying through clouds.

Meek was embroiled in controversy again over the weekend after getting into an altercation with Tekashi 6ix9ine outside a nightclub.

Ulrika Jonsson gets real about searching for love on ‘brutal’ Tinder after being sent...