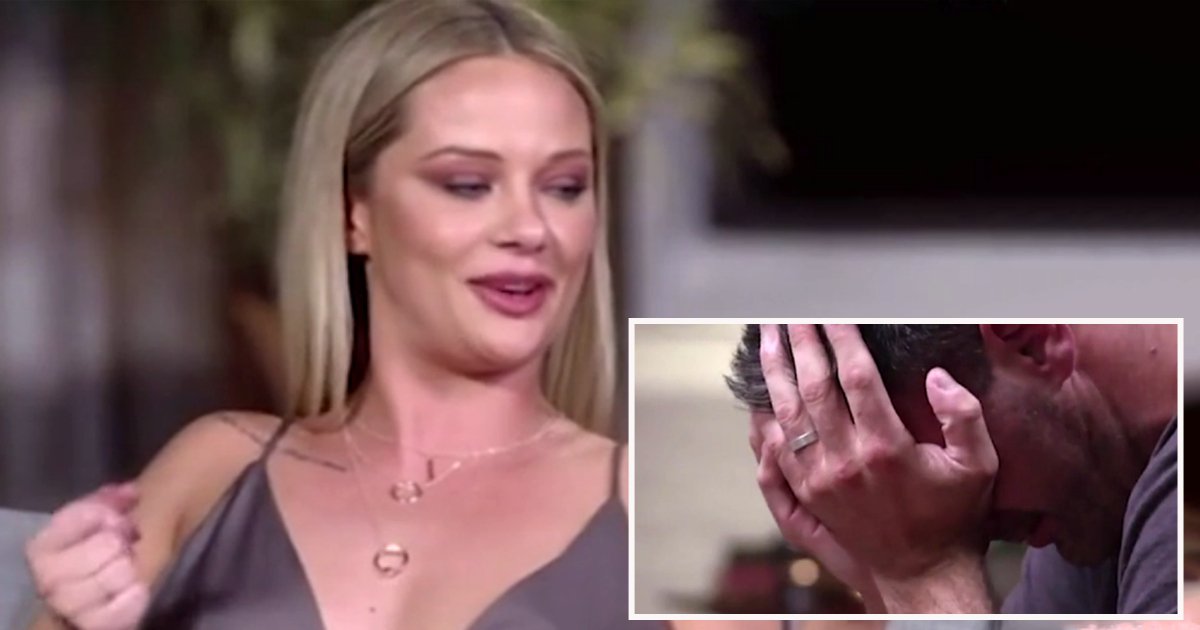 Married At First Sight Australia viewers were brought to tears as they witnessed Mick Gould break down after finding out wife Jessika Power’s true intentions.

Season six of MAFS Australia was originally filmed in 2018, but is only just playing out for British viewers and already the series has been rocked by two cheating scandals.

The latest saw Jess strike up a secret romance with late arrival Dan Webb, with the two recently coming clean about their affair, after secretly plotting to ask the experts if they can stay in the experiment as a new couple.

Mick’s relationship with Jess had already hit the rocks prior to Dan’s arrival and while he’d mentally tapped out of the experiment, he was forced to continue as Jess kept choosing to stay at each commitment ceremony, so she could continue to pursue Dan.

Wednesday night’s explosive showdown saw Jess finally reveal what she’d been up to and confess to her secret affair with Dan, leaving Mick distraught and reduced to tears over her actions.

Fans watching at home felt for Mick, who has been desperate to get back to his farm in Queensland, and were so moved by Mick’s emotional state that they too were left crying.

‘Currently 2 am me: watching MAFS: crying bc tamara and mick deserve SO much better,’ tweeted one viewer.

‘I’m actually crying. I feel so bad for Mick. This is so f**ked #mafs,’ posted another.

‘Seeing Mick crying got me right in the bloody feels,’ said one viewer, while another wrote: ‘Micks crying, now I want to cry. This isn’t fair.’

Other angry viewers called out Jess for her treatment of Mick, with one posting: ‘I’d love to wipe that smirk off Jess’s face. Micks sat crying and she’s sat smirking. Vileeeeeee.’

In the uncomfortable scenes, Mick was seen branding Jess a ‘selfish brat’ and a ‘spoilt b*tch’ for keeping him in the experiment for the wrong reasons.

He told her: ‘I’ve been forced to stay here by myself for nothing. Now this all makes sense, you made me stay here, you dragged me here by myself and made me look like an idiot and go f***ing mental, so you could play footsies and bl**dy flirt with him. You are the most selfish Brat EVER. You spoilt brat! You selfish bi***. Unbelievable.’

Mick vented: ‘To think at one stage, I actually bl**dy liked you… unbelievable.’

Much to the outrage of viewers at home and the remaining couples in the experiment, the experts agreed to let Jess and Dan stay to see if their relationship could work.

As their affair played out onscreen, both Jess and Dan – who wed Tamara Joy on the series – came under fire with viewers for their betrayal, with both stars recently hitting back at negative comments they have received online.

While Dan branded those sending him hate on social media ‘tw*ts and peasants’, Jess urged trolls targeting her to ‘get a hobby’ as she revealed she’s received death threats.

Speaking on Instagram, Jess said: ‘The show was three years ago, and I really need you all to truly try and get that through your heads. I’m glad that you’re all getting to watch the reunion after because it can give you a better perspective of me and who I am.

‘I have made amends with everybody on the show that I need to make amends with. I was a nasty, horrible b***h and I’m so aware of that. Actually I was grateful I got the chance to be on the show, because I got to see all my bad points, all my bad qualities and traits, thrown at me on a TV screen.’

She continued: ‘I don’t really mind if you all want to keep sending me these hateful, nasty death threats and whatever else you can muster up in that head of yours, but I’m just letting you know I do see them, I think you guys are amazing. Even my haters… it’s sad you all live in a reality TV show.’

MORE : Hugh Grant’s son ‘stabbed himself’ with pen due to homeschooling frustrations

Gal Gadot is pregnant with her third child