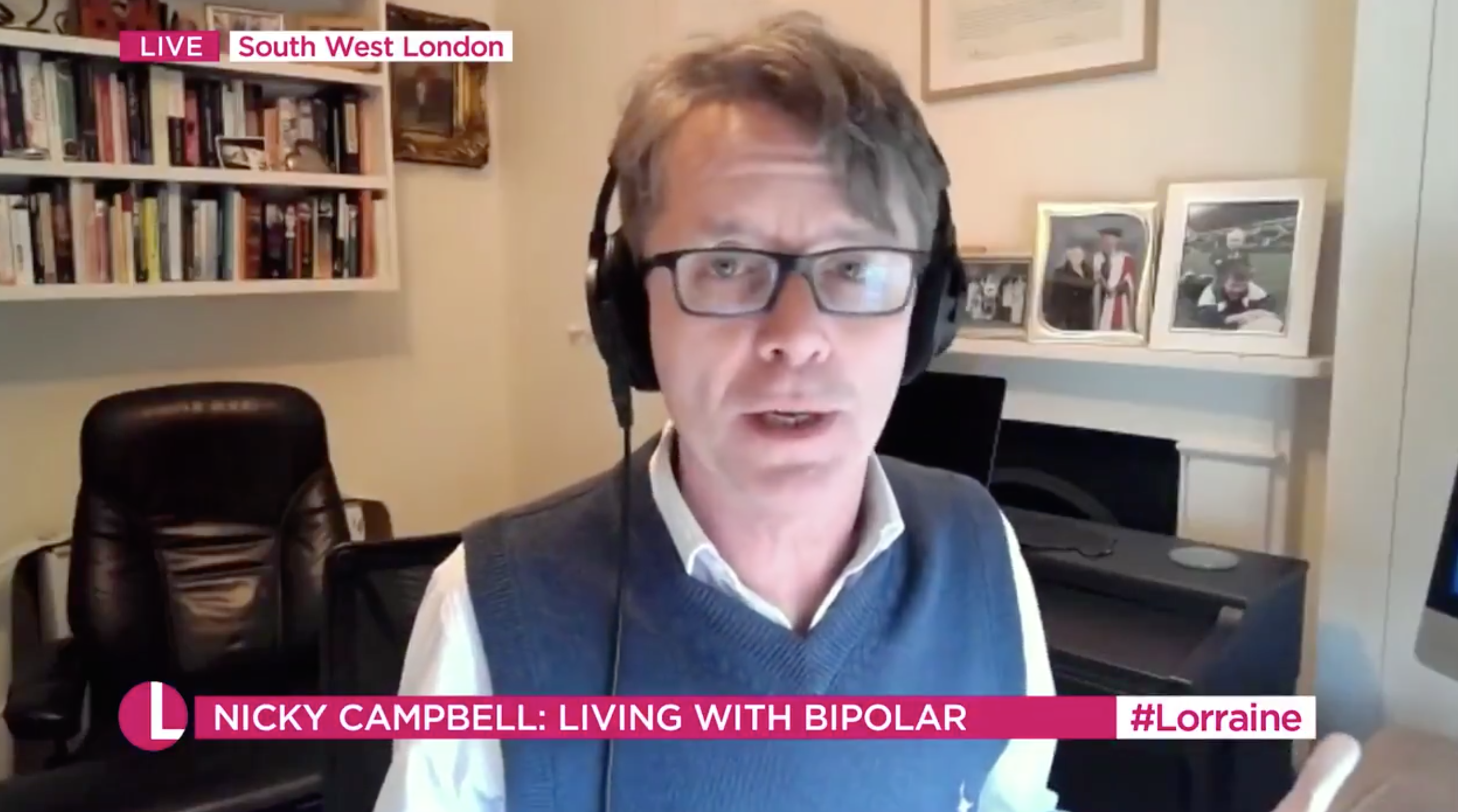 The broadcaster appeared on this morning’s instalment of Lorraine, where he opened up about his new book.

Things became heavy during the segment, when the 59-year-old discussed his adoption as a baby – and had to take a moment to compose himself.

Talking to host Ranvir Singh, he recalled: ‘Over the last 11 years on Long Lost Family people have been so honest with us, amazingly honest.

‘I just thought, they’ve been honest with us, it’s my turn in a sense to be completely honest. And if you’re going to talk about this stuff you can’t be sparing…

‘Just thinking about it now, I’ll try and get through the sentence, just dropping to my knees when everything got on top of me, outside Euston Station and just sobbing.

‘Then I was diagnosed as bipolar. We’ve got to talk about this stuff.’

Nicky explained it was the love and support of those around him that helped him come to terms with his life – as well as the companionship of adorable dog Maxwell.

Discussing how he’s doing now, the presenter continued: ‘I’m great. Getting a diagnosis and knowing what was wrong all your life has just been fantastic.

‘My friends have been amazing. If this resonates with people it’s all kind of worth it.’

The memoir, One Of The Family – Why a Dog Called Maxwell Changed My Life, also explores Nicky’s adoption – which happened when he was just days old – and his decision to trace his biological parents.

Speaking about how working on Long Lost Family helped with this, he added: ‘I met so many people and experienced all of those emotions, birth children, adopted mothers, it was fantastic.

‘With adopted people, there’s a kind of language, you understand each other. It’s almost a hidden language. This book is dedicated to my mum.’

Lorraine continues on weekday mornings, at 9am, on ITV.

TripAdvisor reveals the world’s best beaches – and Bournemouth is No.5 in Europe

What happens when you lose your mucus plug during pregnancy