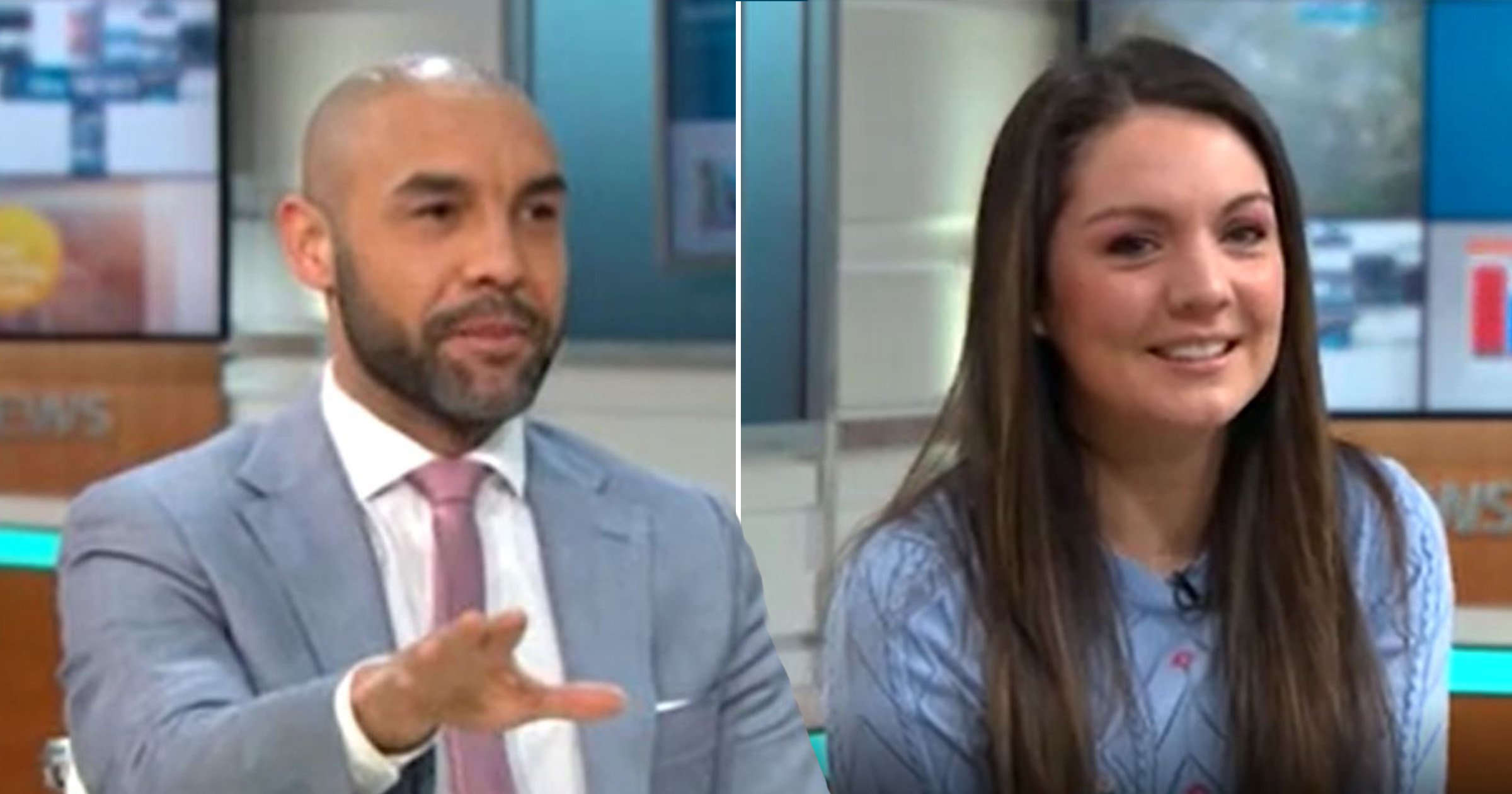 Things got a little steamy on Good Morning Britain as Charlotte Hawkins grilled Alex Beresford about his sex life – leading to Laura Tobin confessing to a mystery night with the presenter in a Glastonbury tent.

Charlotte and Alex teamed up to co-host the ITV breakfast programme on Thursday in the absence of Piers Morgan and Susanna Reid.

Discussion turned to a newspaper headline that bald men with beards are the best in bed, leading Charlotte to turn to her bald-headed co-host for verification.

‘Is that true, Alex?’ she asked as he turned away, visibly uncomfortable.

Laura then got the giggles and pretty confidently declared: ‘The rumours are true.’

As the presenters, including Richard Arnold, descended into fits of laughter, Charlotte asked the question viewers were gagging to know: ‘Is there something going on between the two of you we should know about?’

Laura then quipped: ‘He wishes,’ adding: ‘There was this one time at Glastonbury when we had to share a tent…’

Quick on the mark, Alex then joked: ‘How old is your daughter?’

He then insisted: ‘Nothing happened in the tent,’ as Charlotte took it to a break before we could get the piping hot tea.

Viewers were on the edge of their seats desperate to know what went down in the tent, with one tweeting: ‘Laura and Alex did the nasty thing in a tent at Glastonbury Festival.’

Another wondered: ‘What happened in the #GMB tent at Glastonbury…… It’s like the Gavin & Stacey fishing trip all over again.’

‘Alex and Laura in a Tent at Glastonbury shocker!’ one viewer chimed in.

Laura, 39, has been a happily married woman to husband Dean Brown for 10 years and they share two-year-old daughter Charlotte.

Alex, 40, is currently believed to be single after splitting from girlfriend Natalia Natkaniec last year. He had developed a close relationship with her son from a previous relationship.

MORE : Why aren’t Piers Morgan and Susanna Reid on Good Morning Britain and when are they back?

Selling Sunset’s Christine Quinn is pregnant with her first child