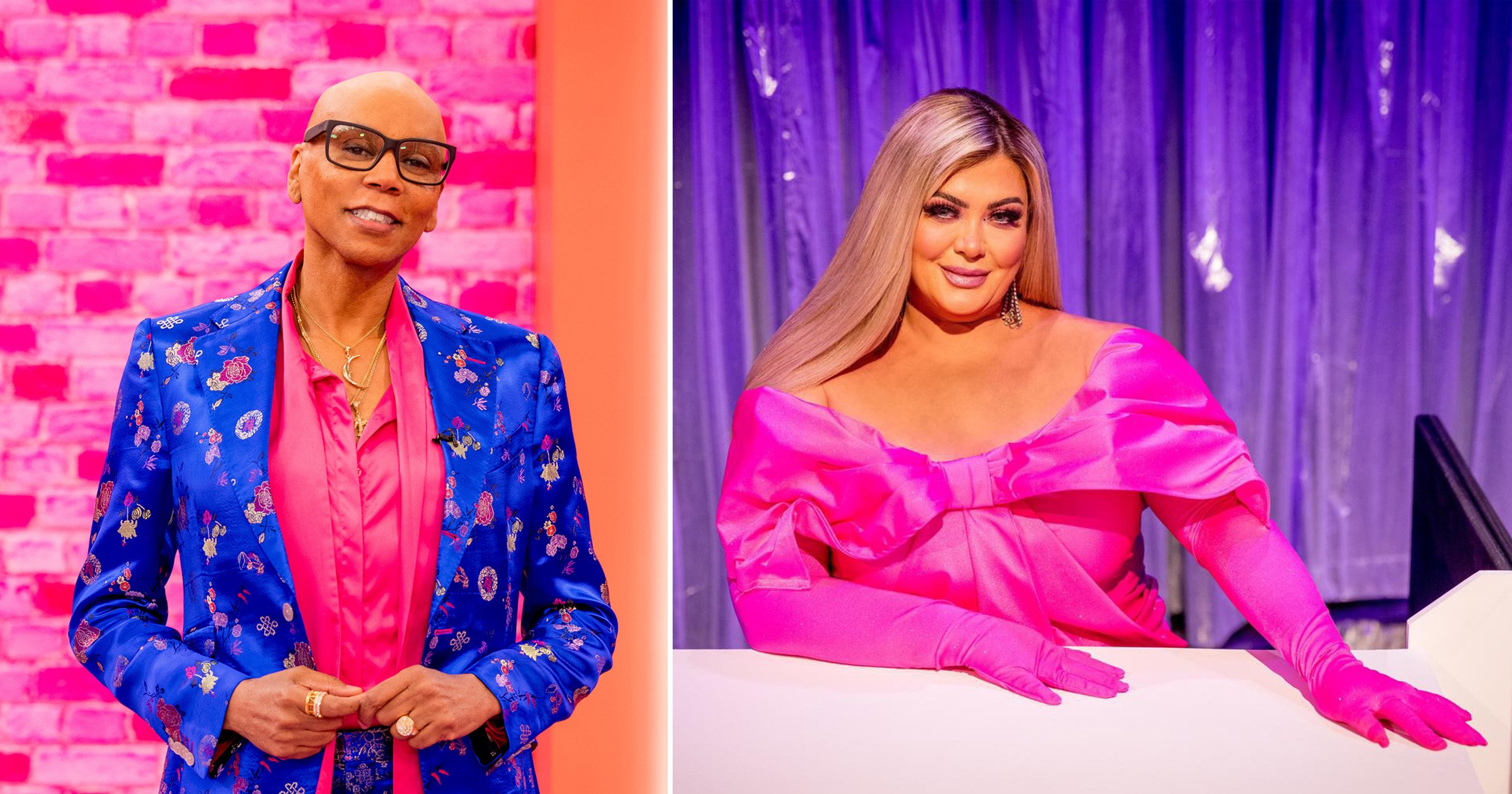 RuPaul’s Drag Race UK season 2 is proving every day is a learning day, and Ru well and truly got an education this week thanks to Gemma Collins.

The GC herself joined Michelle Visage for the Snatch Game – the annual celebrity impersonation game based around the US version of Blankety Blank – and was soon jumping in on the cheeky innuendos and X-rated comments.

As Ru hosted the faux gameshow, the remaining queens brought a selection of Great British faves to the panel, including Bimini Bon Boulash becoming Katie Price, Lawrence Chaney turning into Miriam Margolyes, and Tia Kofi as Mel B.

But it was an answer from Ellie Diamond’s homage to Little Britain’s Vicky Pollard, who responded to one question by saying that Gemma Collins vajazzles people’s bellends.

Ru looked completely lost at the phrase, not understanding what a bellend was, causing Gemma to step in and help him.

Waving her hands in a circular motion, she simply told him: ‘It’s the end of it! It looks like a bell.’

‘Oh. Oh yes! Now that I’m familiar with,’ Ru then joked, finally clicking it was meant as the end of a man’s penis.

Ellie would later stump Ru again by using the phrase ‘toss off’, and the host admitted: ‘I’ve heard of it, but I don’t know what that means.’

Again, Gemma stepped in and simply told him: ‘W**k’.

Ru ended up getting a quick rundown of all kinds of British phrases, with Michelle educating also him on the dessert classic, Spotted Dick.

‘Being American, I have no idea what that is,’ Ru admitted.

‘It’s like a sticky toffee pudding, only with raisins,’ Michelle explained, causing Ru to ask Gemma when was the last time she had it.

Let it never be said that our British culture isn’t classy!

A Place In The Sun: Who is new presenter Lee Juggurnauth?

Bloodlands Is The New Irish Noir Rivalling The BBC’s Bodyguard