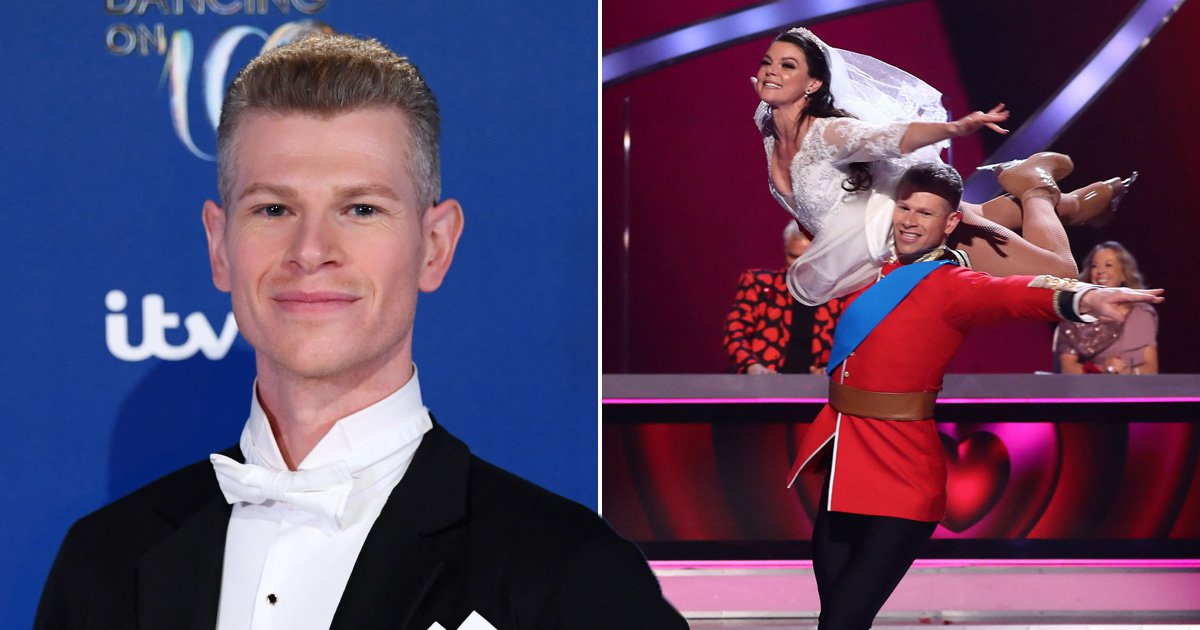 Hamish became the latest star to be injured within the course of the show, withdrawing after tearing a tendon in his hand while putting on a sock.

While he initially assured fans that he could continue, and would just need to keep his hand in a splint during the show’s week off air, Dancing on Ice confirmed hours later that he would no longer be taking part.

It’s now believed that, following seeing the medical experts, he was pulled into a ‘tense meeting’ with producers and Faye, amid fears the simplified routine could jeopardise her position in the series.

‘Faye wants to win at all costs and has been concerned that the judges have been quite critical of her and Hamish,’ a source told The Sun.

‘So, at the start of the week, as rehearsals for what would have been this Sunday’s show began, they both went in to see show bosses to express their concern over the routine.

‘Faye, in particular, felt it would be too simplistic, they’d get low marks and she would be at risk of elimination.’

Shortly after the meeting, Matt Evers was drawn in to become Faye’s new partner, and Hamish’s exit was announced.

Faye later spoke out about the news, celebrating her former partner and saying she was ‘heartbroken’ he could no longer take part.

‘This guy has been there for me from the very beginning. Taught me everything I know and I hope I did you proud brother… It has been an honour,’ she wrote.

‘We both can’t thank the viewers at home enough for your constant support and for voting for Team #Faymish.

‘Last but not least I have to Thank you Mr Gaman for supporting me no matter what! Here’s to a friendship that will go beyond the ice.

‘Here for you always. Faye x’

Metro.co.uk has contacted Dancing On Ice reps for comment.

Dancing On Ice returns February 28 at 6pm on ITV.

Bella Hadid Is Searching For The Good Samaritan Who Helped Her Following NYFW Catwalk...