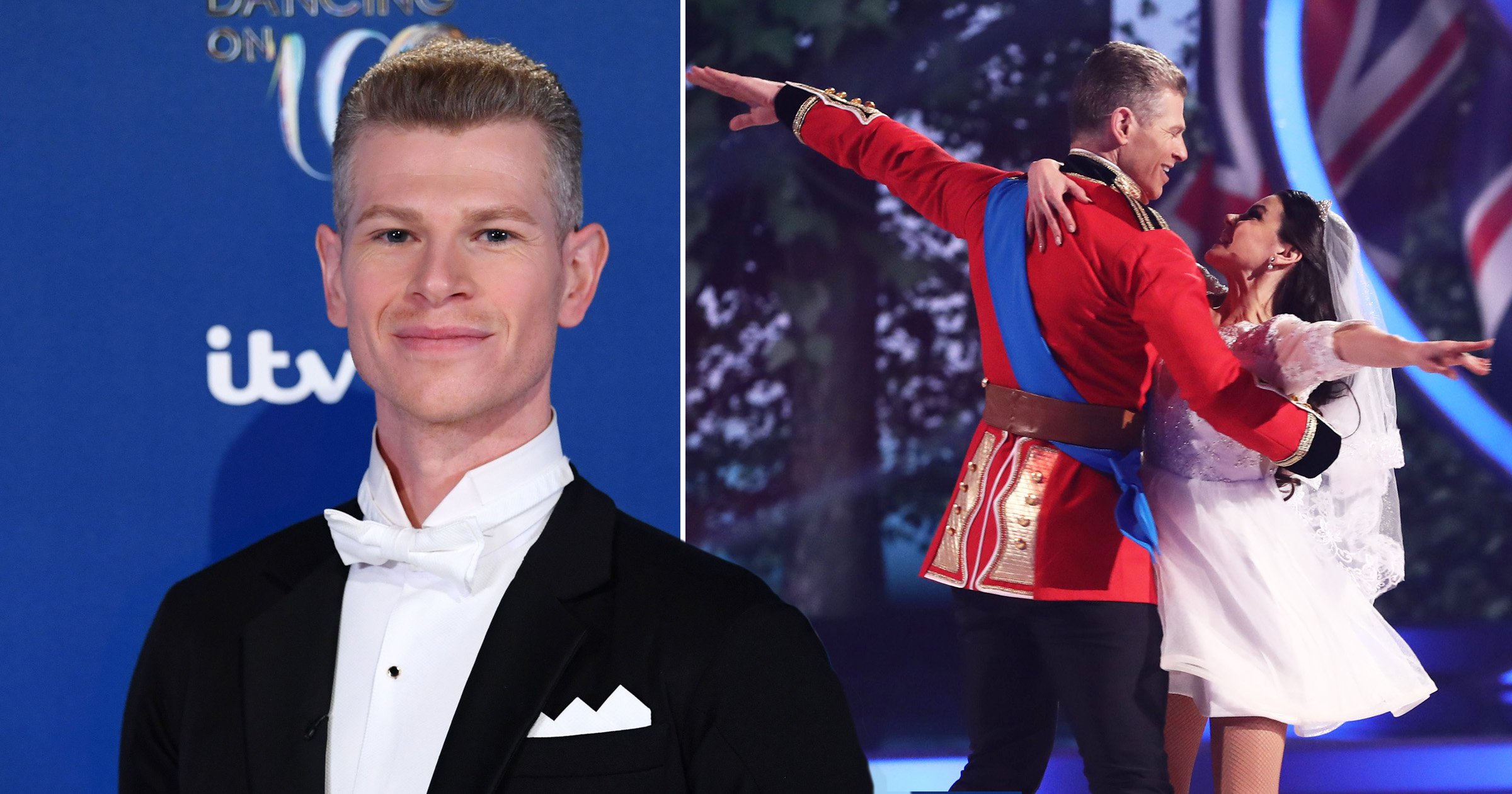 Dancing On Ice’s Hamish Gaman has broken his silence on his early exit from the competition with never-before-seen clips of him in practice with Faye Brookes.

The pair, who were fan favourites of the show, were seen practicing their upcoming routines for a movie night, where they would have performed Into The Unknown from Frozen 2.

However, after tearing a tendon in his hand after putting on a sock, Hamish was instructed by producers that he could no longer continue, with the announcement being made on Thursday.

After keeping quiet following his exit, Hamish has now posted a message praising his Coronation Street star partner and wished her luck as she moves forward with Matt Evers.

He wrote: ‘Hi everyone. I’m heartbroken that I’ll no longer be skating with [Faye Brookes] on [Dancing On Ice].

‘I’m so grateful that I don’t need any surgery on my finger, but if I stay in the show I could have an accident and make my injury much worse (it is series 13).

‘Coaching Faye for 4+ months has been a privilege and I’m so proud of the incredible skater that she’s become. I remember her being scared of skating backwards and wondering if she’d ever be able to do a 3-turn or backward crossover.

‘Faye, you’ve come so far and achieved so much.’

Talking about the clips, he added: ‘The first two videos are the lifts that Faye and I were going to do in our next routine. Our song choice was ‘Into the Unknown’ from Frozen 2.

‘Faye and I were so excited to skate to this song together.’

Promising a much-deserved pint down the pub with their choreographers once lockdown lifted, Hamish ended by saying: ‘Faye, your friendship and support means the world to me.

‘Thank you for everything.’

Hamish’s early exit from the competition comes after a string of accidents and incidents across the series, causing the show to take a one week break for the welfare of the cast and crew.

At the time of writing, two professionals have dropped out due to injury, and four couples have had to leave early.

Rufus Hound and Joe-Warren Plant, plus their respective partners, both tested positive for coronavirus and were forced to withdraw.

Billie Faiers and Denise Van Outen had to quit the competition due to injury in practice, with Billie getting concussion after banging her head on the ice, and Denise dislocated her shoulder.

Jason Donovan was granted a ‘bye’ week last week after doctor’s told him he couldn’t perform after a back strain.

Dancing On Ice returns Sunday, February 28 at 6pm on ITV.

MORE : Dancing on Ice drama continues as Matt Evers evacuates hotel as fire breaks out – but a certain firefighter grabbed his attention…

MORE : Dancing On Ice 2021: Vanessa Bauer apologises for complaining about having Covid without any symptoms

The science behind why border restrictions will not stop Covid variants

Dancing On Ice 2021: Faye Brookes ‘heartbroken’ over partner Hamish Gaman’s exit due to...