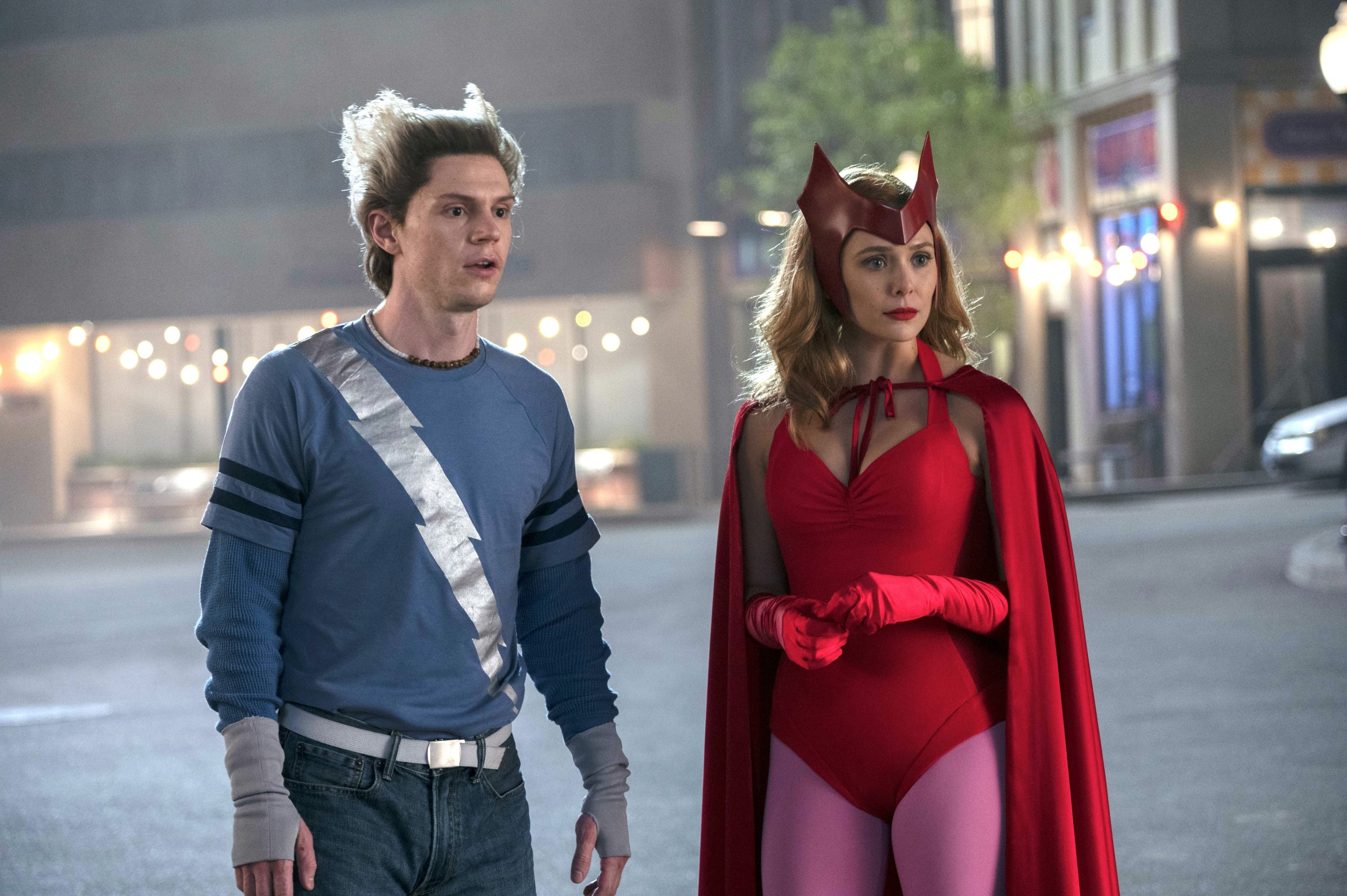 Warning: spoilers ahead for episode six of WandaVision.

In episode five of the Marvel TV series, Pietro turns up unexpectedly at Wanda and Vision’s (Paul Bettany) front door, joining the sitcom-style reality created by Wanda in the neighbourhood of Westview.

However, rather than appear in the form of Aaron Taylor-Johnson, who starred as the character in the 2015 film Avengers: Age of Ultron, Pietro is being played by Evan, who portrayed a different version of Quicksilver called Peter Maximoff in the X-Men film franchise.

Numerous viewers have been questioning why Evan is in the series rather than his Kick-Ass co-star Aaron, with many wondering whether Evan is simply playing Wanda’s deceased brother but happens to look different… or whether he is in disguise as another character entirely.

However, some fans were quick to notice that on the box for the figure, his name is written in quotation marks, while the names of different characters are not.

Is this a sign that Evan is definitely not playing Pietro, but is instead playing someone else? Several people seem to think so.

‘It’s because he’s really either Nightmare or Mephisto. He isn’t the real Pietro,’ one fan wrote in a tweet underneath a picture of a packaged Pietro Funko Pop.

‘The quotes in his name— “Pietro Maximoff” now that’s sus,’ another said.

While some people are drawing the conclusion that Evan will turn out to be a villain from the Marvel comics – one of the biggest theories being that he is playing demon Mephisto – others believe it is confirmation of the X-Men being brought into the MCU, as his name in X-Men: Days of Future Past and X-Men: Apocalypse is Peter.

WandaVision creator Jac Schaeffer recently opened up about the ‘recasting’ of Pietro in the show, saying that they ‘loved the idea’ of bringing the character back.

‘And then we were like, how in the world are we going to make this make logical sense? Like, how do we justify this? Because that’s the thing, you can hatch a million great ideas, but to make them land, to make them be grounded, to make them feel organic to the larger story,’ she told Marvel.com.

Jac said that Evan ‘was always up for it’, as he ‘is a comic book fan, and a Marvel fan’ and is ‘always up for the absolute weirdest option’.

With episode seven coming this Friday, fans are holding out hope that Reed Richards from the Fantastic Four could make an appearance, with many wishing that he will be played by John Krasinski.

As the next instalment is believed to take inspiration from mockumentary sitcoms like The Office and Modern Family, it wouldn’t be the strangest thing that’s happened in the mind-boggling show.

MORE : WandaVision viewers are loving all the Malcolm In The Middle references in episode 6