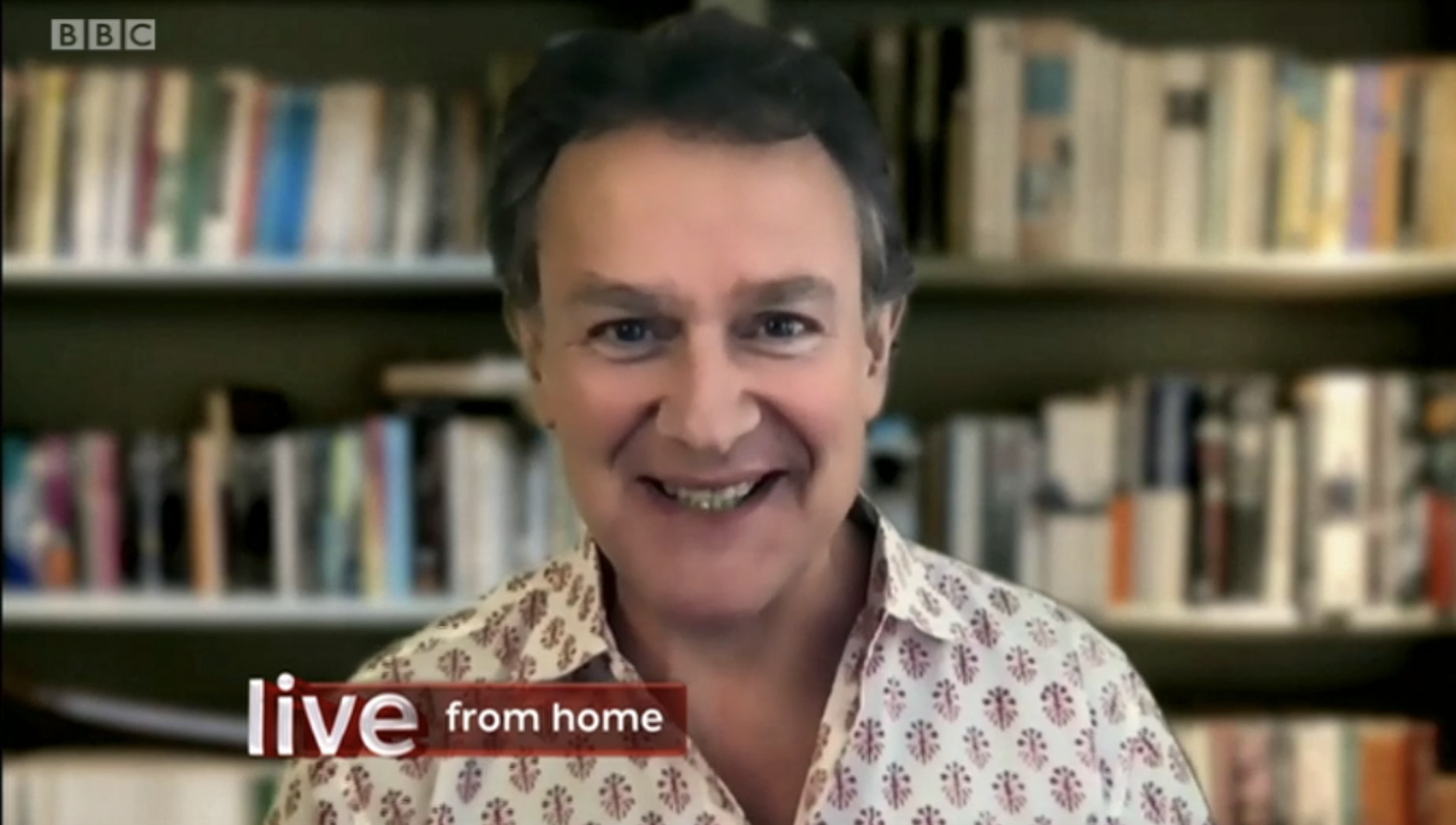 The One Show viewers were left pretty baffled over Hugh Bonneville’s virtual appearance on the show and came to the conclusion that the actor must have been using a filter.

The Downton Abbey star, 57, had called in to the studio via video call, but fans were a little sidetracked by his appearance.

Flocking to Twitter, viewers were convinced that self-confessed Below Deck fan Hugh was using a filter over his video, with some claiming they ‘didn’t even recognise’ the star.

For viewers at home, it looked like Hugh had been superimposed onto a background of shelves of books, with some commenting that Hugh looked younger and slimmer, while others joked he was making use of the ‘beautify’ option on Zoom.

‘Does Hugh have a baby filter on his camera #TheOneShow,’ tweeted one fan.

‘They appear to have made a brand new Hugh Bonneville,’ teased one viewer.

One more posted: ‘What’s up with Hugh Bonneville? He’s lost a lot of weight and his hair looks odd? Maybe it’s the zoom filter?’

‘What filters are they using on Hugh Bonnevill?’ quizzed one viewer, as another said: ‘WTF why does Hugh look like that!!’

‘Hugh Bonneville looks like he’s broadcasting from Heaven,’ said another, with their tweet actually being read out on the show by host Alex Jones, who told Hugh the show was being inundated with comments about his ‘filtered’ appearance.

Hugh’s response? He just laughed and said nothing more.

While he chose to keep quiet on why he looked so different onscreen, Hugh was more forthcoming when it came to whether a second Downton Abbey movie is on the cards.

‘There won’t be anymore episodes, but we would love to make a movie,’ Hugh, who played Robert Crawley on the much-loved series, revealed.

‘There is a script and it has been seen, but a little thing called coronavirus got in the way. Who knows? Later this year, it would be lovely to think the cameras might roll.’

It comes after Hugh’s co-star Jim Carter (who plays Mr Carson) revealed that filming for said movie is scheduled to take place in 2021.

Speaking last year on This Morning, Jim revealed: ‘The script for a second film is there. We’ve seen it it’s very funny. It’s got all the same characters in, all the regular characters, I think the will is that COVID-willing we will film it next year.’

The One Show airs weeknights at 7pm on BBC One.

MORE : Alexandra Burke tears up as she recalls mum dying in her arms and shares regret over touring while she was sick: ‘That burns me’

New direct train to take travellers between Luton airport and London in half an...