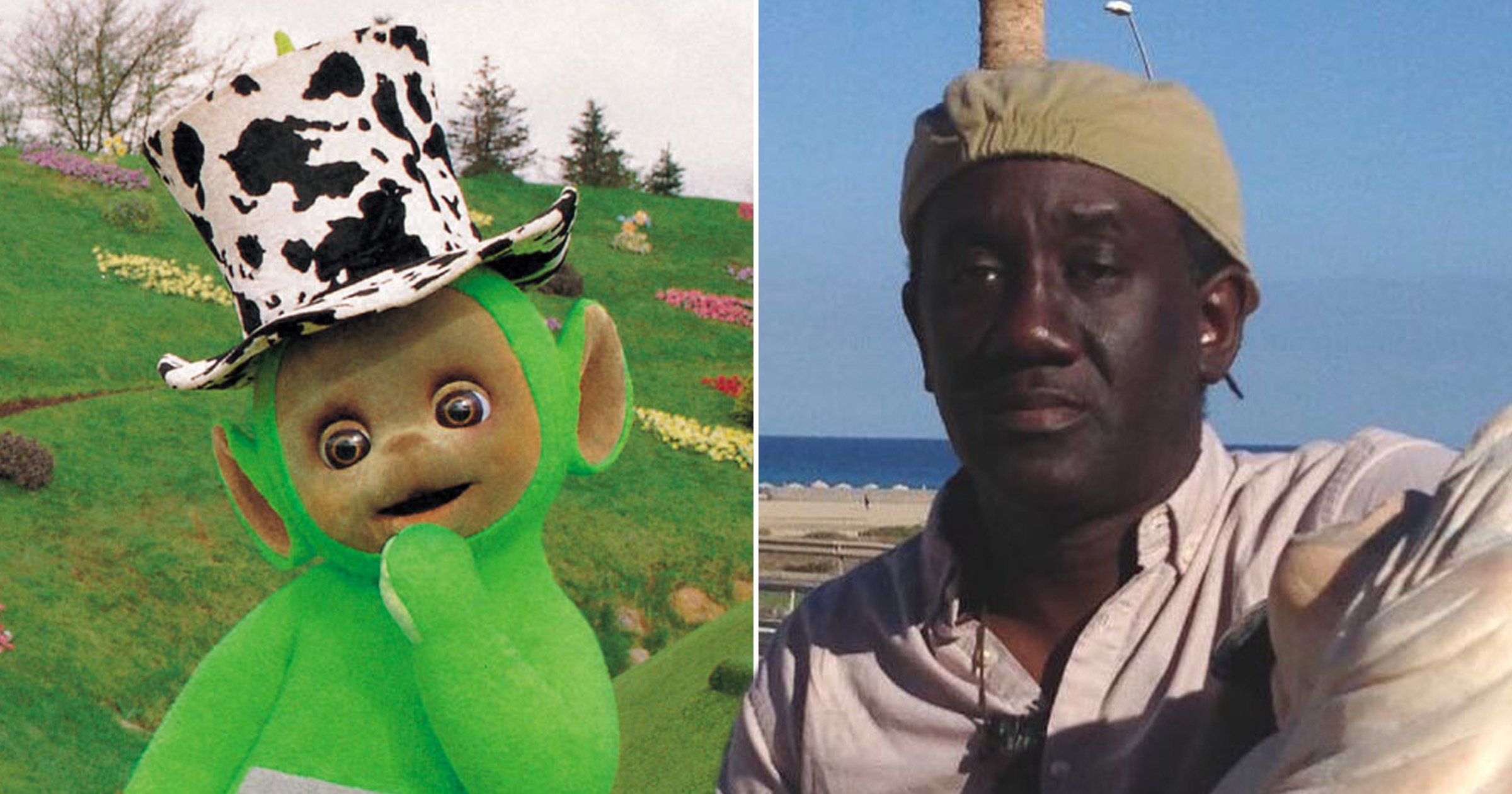 The CBBC favourite was an international hit thanks to the characters, who would spend their days walking around Teletubbyland, eating Tubby toast, and telling off their hoover friend, Noo-Noo.

In the role for four years, Simmit wanted to make sure that he got nods to his Jamaican heritage in Dipsy’s behaviour – even when dressed in a three-stone heavy, bright green costume.

Speaking to HuffPost UK, Simmit said: ‘Being a Cuban-Jamaican-Brummie and coming from a comedy and music background, I used that to my advantage and there were a lot of cultural references.

‘Dipsy would say, “Papa Come Papa Come To Po”, which was actually my take on a classic reggae rhythm track called The Whip [by The Ethiopians].

‘I’d slip in Jamaican dance moves, a Bogle there and a Tatty here. People spotted my little wink to my culture and I’m proud of that.’

He then returned for a further 52 episodes in 2002’s Teletubbies Everywhere.

Alongside Mark Heenehan (who played Tinky Winky), Nikki Smedley (Laa Laa) and Pui Fan Lee (Po), the foursome created characters that defined a childhood generation, teaching kids about friendship and the joys of Tubby custard as they did so.

(Though for reference, turns out Tubby custard was actually mashed potato and acrylic paint, which doesn’t sound nearly as appetising.)

‘At the end of the day, our jobs were to mess about, dance, hug and blink into the camera trying to make children laugh and smile, and I think we achieved that,’ he said.

‘When you think of the Teletubbies, you think of it in the same way as you would an old holiday with friends. You remember it with a smile.’

‘Billie Eilish: The World’s a Little Blurry’: Everything We Learned From the Candid New...

Eminem’s adopted daughter Alaina feeling ‘blessed and lucky to be here’ as she celebrates...

WandaVision season 2: Will there be a second series on Disney Plus after finale?

17 Joyful Jumpers To Bring On Spring