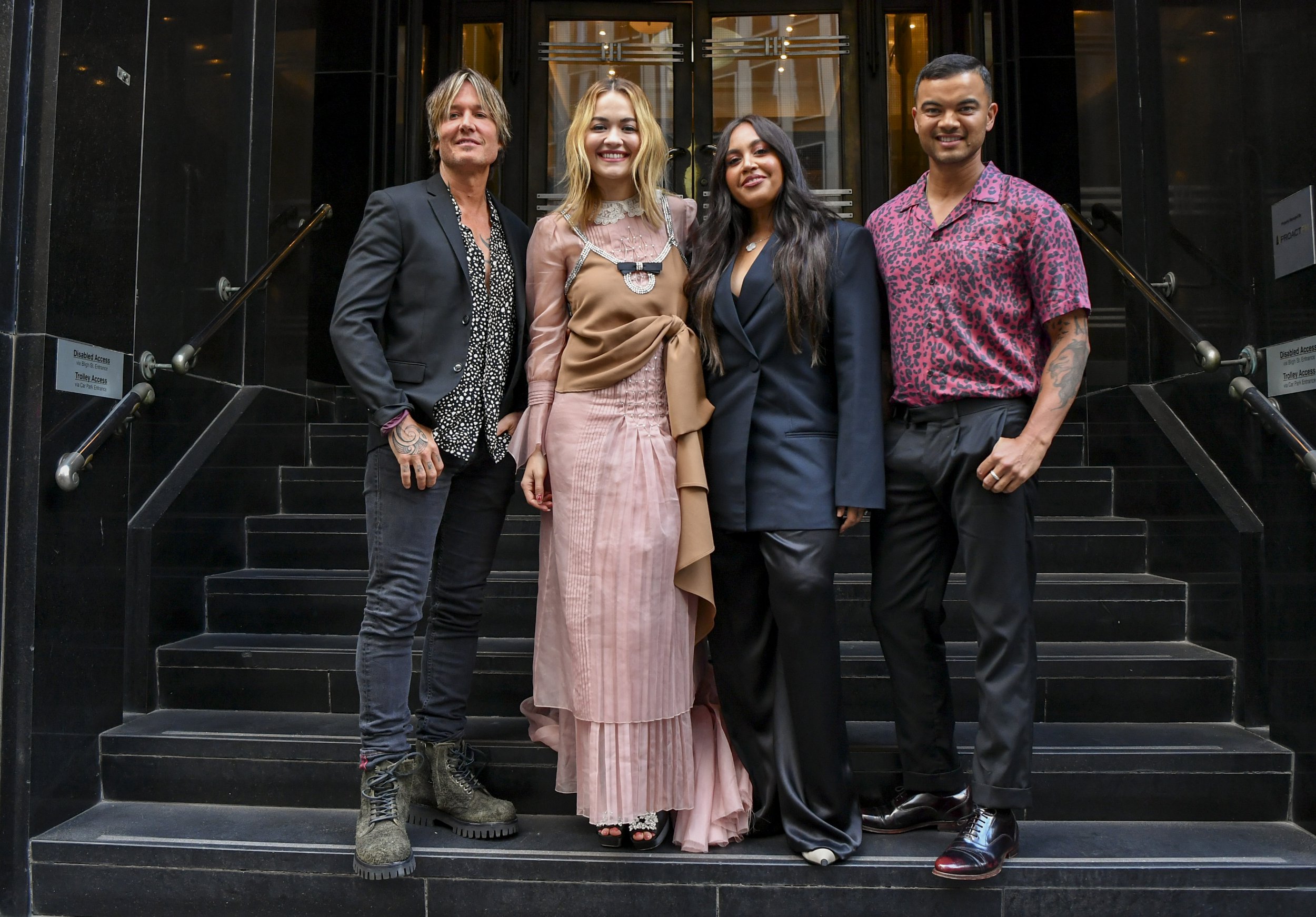 The Voice Australia judges have finally been united after Rita Ora completed her two-week stint in quarantine – following criticism that she was ‘prioritised’ to fly into the country over stranded nationals.

The How We Do singer is joining Australian legend Keith Urban in the hot seats alongside Jessica Mauboy and Guy Sebastian.

Joining them for dinner on Tuesday evening, Rita beamed alongside her new co-stars at Rockpool restaurant in Sydney.

Rita, who was blasted for flouting lockdown rules in England to throw herself a massive birthday bash in London, has been holed up in a fancy hotel for the past fortnight to comply with Australia’s strict Covid regulations.

However, even her flight over has been hit with controversy as Australia’s bid to curb coronavirus in the country means only 4,250 international arrivals are allowed each week.

It has resulted in Labor MP Keneally speaking out, saying the star got ‘preferential treatment’ over more than 37,000 Australian natives currently stranded because of the rules.

‘It’s another example of Prime Minister Scott Morrison leaving Australians behind,’ the politician said. ‘Every celebrity who takes up a place in quarantine is a place denied to a stranded Australian.’

Rita hasn’t commented on the controversy.

The 10th series of the talent show is set to begin filming on Friday, and will be her first time in the rotating chairs Down Under after serving as a coach on The Voice UK in 2015.

As part of her welcome to the show, she is believed to be doing a group performance with her fellow judges.

Due to Rita’s commitments in Australia, it’s been reported that she will be replaced on The Masked Dancer judging panel back here in England.

The Masked Singer spin-off has yet to be officially confirmed, but has been widely speculated to start filming while she is staying Down Under.

Oti Mabuse has been rumoured to be replacing her.

ITV confirms that Love Island will return this summer, so hallelujah to that