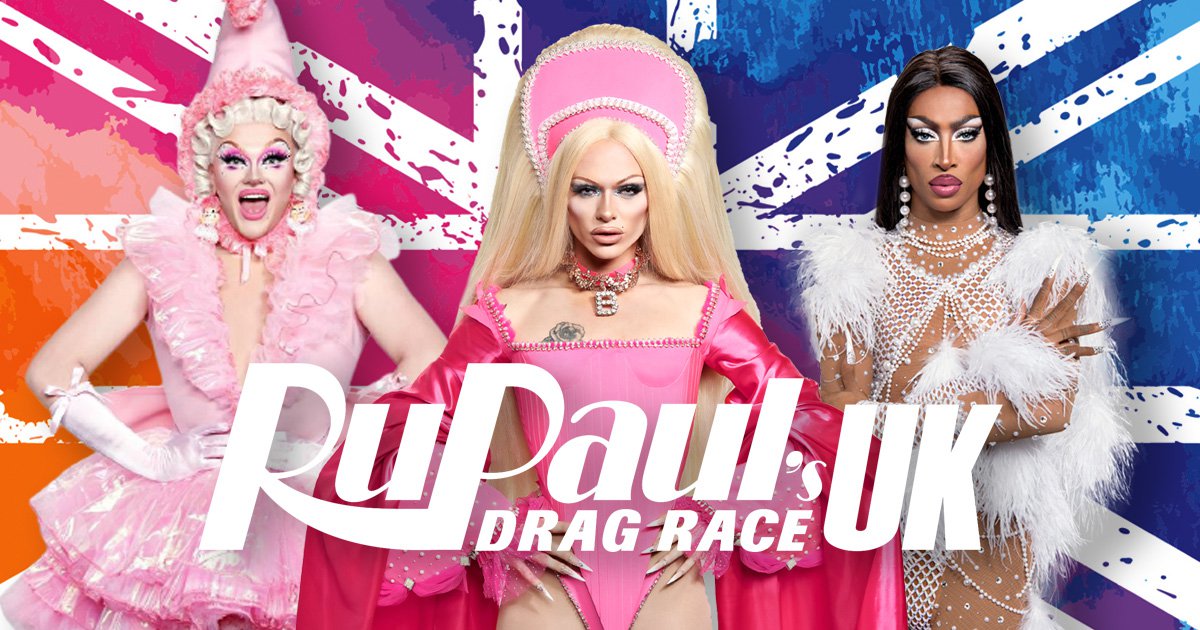 When it was announced that the current season of RuPaul’s Drag Race UK would have a Eurovision-themed maxi-challenge, it was only ever going to be iconic.

But not even the most excited among us could have predicted that the nation – nay, the world – would have every waking thought consumed by nine simple, unforgettable, pop culture re-defining words in the days and (probably) weeks that followed: ‘ding dang dong, sing sang song’, and indeed, ‘bing bang bong’.

UK Hun?, the song performed by the contestants in last week’s ‘RuRuvision’ episode, is utterly inescapable on social media; and as it continues to dominate memes, playlists and – yes – even the charts (it was at No25 on Monday’s midweeks), it’s yet another reason why this season is fast becoming one of the franchise’s best ever.

Granted, it might be benefitting from the fact that we’re all struggling with lockdown fatigue, or that we were kept waiting for it due to Covid-19 delays, or that we’re so starved of seeing drag acts (and our own LGBTQ+ friends) in real life.

But goddammit, it’s been such an uplifting pleasure to watch.

And – unlike many other reality brands that survive for so many years – it’s something fans are tuning into with genuine excitement rather than an ongoing sense of habit or brand loyalty.

The key, as ever, is in the line-up of contestants. Reality shows live and die by their casting, and the Queens of 2021 are a pure joy to spend an hour a week with.

From Lawrence Cheney’s magnificently loud humour to every self-deprecating one-liner that comes out of Tia Kofi’s mouth, they’re all bringing something to the table – and even those who’ve at times been given the inevitable Villain Edit (most notably A’Whora) have had their humanising backstories explored as time has gone on.

Meanwhile, in real sit-up-and-think moments, Tayce and Asttina Mandella sparked a wider discussion about underrepresented Black queer icons; and Bimini Bon Boulash and Ginny Lemon’s recent conversation about being non-binary proved to be so much more informative and helpful than, say, the ill-informed ‘debates’ we see on daytime TV.

There’s a gloriously unpolished, slightly rough-around-the-edges naivety to Drag Race UK; thanks to its slightly lower budget and the absence of the same blockbuster designers who’ve dominated the US version in recent years.

And the fact that the queens feel like people we could easily run into at the local supermarket really helps in the relatability stakes – even if most of us could never be as nifty with a sewing machine and a make-up kit.

Combine all that with brilliant lip-syncs, inventive tasks, a wonderfully chaotic set of runway looks, and RuPaul and Michelle Visage having the time of their lives (H&M rant aside); you have a show that’s easily providing all the heart, humour and shriek-inducing drama its audience is desperately craving.

In fact, if there’s any downside, it’s that it’s making season 13 of the US version (currently airing on Netflix) look a little limp by comparison.

Don’t get me wrong, if ever there was a time to be double-teamed by two concurrent helpings of Drag Race, this bleakest of winters is it.

But while the Americans are confidently delivering on talented queens (Gottmik! Olivia Lux! Tamisha Iman!), meme-worthy moments (LaLa Ri’s frock of many bags!) and guest judges that make us tweet ‘MAKE HER PERMANENT!’, it all feels a bit… routine by this point.

That’s not necessarily a bad thing: it’s a routine that millions of us love, and one we’ll happily lap up for many more years to come.

But aside from The Symone – who has quickly become one of the most talented, exciting, endlessly watchable contestants the show has ever had – there’s not much to set it apart from any other US season over the last five or six years, apart the Perspex screens keeping the panel a safe distance apart.

Maybe that’s unfair, and maybe without the current UK run to directly compare it against, it would be able to pop a bit more. But as it stands, the BBC Three series is just so much easier to outright love.

It’s making me re-evaluate all the eye-rolling I, and many others, have been doing whenever another spin-off is announced.

This year alone, we’re still expecting another All Stars from the US, as well as new seasons from Canada, the Netherlands, Spain, Australia and New Zealand, and – if it goes back to its original autumn transmission window – the UK.

It’s easy to worry about the onset of Drag Race fatigue, but in actual fact, it’s these international adaptations that have been giving the most excitement. I was wary about joining the Canada’s Drag Race bandwagon last summer, but that ended up being a massive home run – again, thanks to the casting.

It just proves that, so long after its debut in 2009, Drag Race as a franchise still has plenty more life left in it.

For all its flaws, it’s a show we’re very lucky to have – and 12 years after its arrival, it looks like UK season two will join US seasons four, five and six, All Stars season 2 and UK season 1 as one of its best ever chapters.

MORE : Drag Race UK star Ginny Lemon calls out RuPaul for ranting about H&M at ‘out of work queens’

MORE : RuPaul’s Drag Race UK group United Kingdolls are number one in iTunes charts with UK Hun? like they deserve

Taylor Swift forever being defined by her past relationships proves we have a long...

Michelle Obama on how ‘the doubts never leave for good’

2 personality traits humans share with dolphins, according to new research