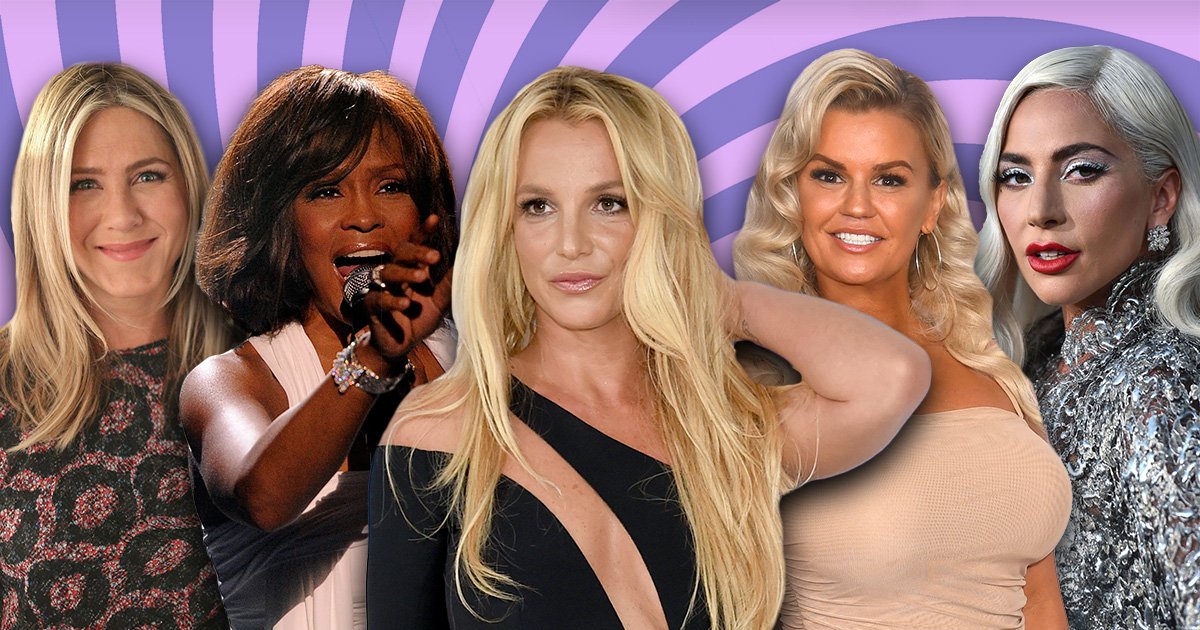 Framing Britney Spears has opened the floodgates on a long-held debate about celebrity control, privacy and accountability.

The one-off film, based on the Baby One More Time singer’s life and career, saw the scrutiny and sexism she faced from as young as 10 years old, and how her mental health was played for laughs on shows like Family Feud in the US.

It also touched upon her near constant harassment by paparazzi, which eventually led to her shaving her head in front of them and coming after another with an umbrella when he refused to leave her alone.

Control of her financial assets and personal rights were eventually handed to her father, Jamie Spears, in 2008, and she’s yet to get them back, with the Free Britney movement picking up steam begging for the ‘conservatorship’ deal to end and let her become independent again.

But Framing Britney Spears is not the first time celebrity life and the dark side of fame has been put under the microscope, with other films taking aim at what it did to her fellow stars in the film and music industry.

Here are just some of the other documentaries that lift the lid on life in the spotlight, and how living an A-list life comes at an astonishing cost.

$ellebrity takes a look at life in the public eye and the lengths that paparazzi have gone to in order to get ‘that winning shot’, breaking into the private lives of A-listers and relentlessly pursuing them.

In this film, stars including J-Lo and then-husband Marc Anthony, Jennifer Aniston, Elton John and Kid Rock talk about the impact constant photographers have had on their life and their ability to trust those around them.

Paparazzi members are also interviewed, declaring their work an ‘artform’ and explaining how some use them to get more column inches – while others they have to fight to get what they want.

This BBC four-part series tracks the rise and evolution of celebrity from the year 2000, starting with the birth of Big Brother.

Over the course of the 20 years that follows, viewers are shown the rise and fall of the ‘lads mag’, how overnight fame from reality shows including Love Island leaves participants unprepared for the reaction.

As the line between what is personal and professional life begins to blur, thanks to the introduction of tell-all interviews and eventually YouTube vloggers, the series ends with a look at where we stand to day, and who has used this new means of celebrity via social media to their advantage.

It also talks to journalists who covered reality stars, and reflects on how the industry as a whole has changed from Perez Hilton’s gossip site raking stars over the coals with crude images, through to modern day coverage.

Celebrity: A 21st Century Story is available on BBC iPlayer.

Whitney Houston carved out an undying legacy as one of the most powerful voices in the world – but had a troubled private struggle that ultimately cost her her life.

Behind the scenes, she was best known to her loved-ones as Nippy, who wanted to goof around with her friends and live as relaxed a life as possible. – but on stage she was a fearless diva whose talent was unmatched.

This resulted in more and more pressure put upon her to look and act a certain way, with every inch of her ability turned into commodities for those around her.

Her tragic story has some seriously scary parallels to Britney, with a haunted tale including some who were unable to help her, and others who still refuse to believe they had any culpability in her eventual 2012 death, at the age of 48.

Whitney: Can I Be Me? is available on Amazon Prime Video.

Katy Perry’s Part Of Me is now famed for its difficult-to-watch scenes involving the singer discovering then-husband Russell Brand was filming for divorce – just hours before she’s due to perform in front of thousands on stage.

Completely breaking down, the incredibly raw moment is amplified by her forcing herself into her larger than life costumes and regaining her composure seconds before the curtains went up, putting on a brave face to perform.

But this is just part of an incredibly open documentary from Katy, who talks about the ups and downs of life on her 128-date California Dreams tour, balancing her personal and professional life and the toll that takes.

Taylor Swift opens the doors to her career over the course of several years in this surprise documentary that launched on Netflix last year.

With her love life under near-constant scrutiny, Taylor eventually takes a year off touring in order to focus on herself and her mental health, before eventually emerging stronger than ever.

Like Part Of Me, Miss Americana is created with the full co-operation of Taylor, and gives unprecedented access to her life and creative process.

Geena Davis spearheads this all-star documentary that focuses on the under-representation, pigeon-holeing and misrepresentation of women in film.

Meryl Streep, Rashida Jones,  Reese Witherspoon and Sandra Oh, all give their voices to their experience in the film industry, including criticism about their weight and looks, and the discrimination they faced by the men in charge.

The film was made in light of the #MeToo movement.

A film way ahead of its time, Miss Representation exposes the double standards of the popular industry, with women being used as commodities in the industry and without autonomy.

Scalded for being seen as bright and smart, the media encouraged women to be seen as sexual objects over anything else, with brains and smarts being overlooked in favour of what they looked like.

In one moment, politician Sarah Palin’s policies are overlooked by a conversation over whether or not she had a boob job, while Hillary Clinton is described as ‘haggard’.

While violent or demeaning imagery against women in music videos, films and ads were seen as acceptable, it was slated if empowering nudity was used by popstars such as Lady Gaga.

The show also talks to young school children to reveal how it affects their self-images, with many stating they didn’t feel good enough if they didn’t look like what the media depicted.

MORE : Britney Spears fans desperate to find clues as singer shares cryptic Scrabble board snap after documentary: ‘This has to mean something’

Caroline Flack breaks down in trailer for Channel 4 documentary: ‘The only person I...

From plane to hotel room, how the strict new Covid quarantine rules will work