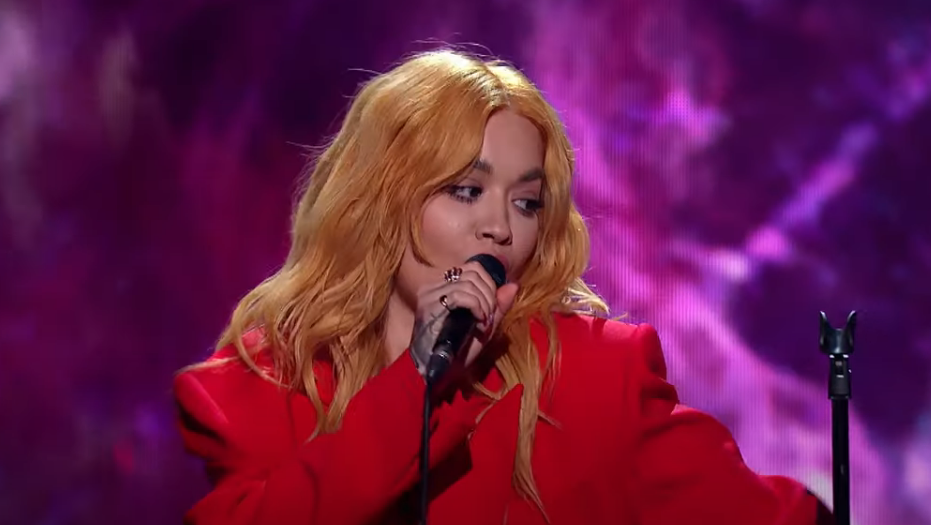 Dancing On Ice has been hit with Ofcom complaints after Rita Ora performed on last Sunday’s show.

Furious viewers reported to the television watchdog about the appropriateness of the singer’s appearance on the programme in the light of her lockdown rule-breaking.

Rita joined the series, which has been cancelled for a week due to injuries, to perform her new hit Bang Bang and Ofcom has since confirmed that 78 complaints were lodged.

Many audiences took to social media to voice their anger at the artist being invited onto Dancing On Ice given her recent antics.

‘Not here for ITV paying Rita Ora to perform on #dancingonice as well as keeping her on other shows following a serious breach of the Covid rules,’ fumed one viewer.

‘A fine is barely a consequence for someone of her stature. Stop giving her air time.’

Echoing a similar sentiment, another blasted: ‘Why is Rita Ora still being booked for things like #dancingonice when she’s openly flouted lockdown rules multiple times?

‘Like come on, if there are no consequences for people just brazenly breaking the rules, then they’re just going to keep on doing it!’

The I Will Never Let You Down songstress Rita, 30, came under fire for throwing a birthday dinner for friends at a restaurant in Notting Hill in November during the second national lockdown, going against official government restrictions amid the coronavirus pandemic.

Lockdown regulations at the time had banned indoor meetings.

Rita was forced to pay a £10,000 fine and addressed the dinner party in a statement where she said her actions were an ‘inexcusable error of judgement’.

It was then revealed that Rita had also broken quarantine rules when she was paid to appear at an event in Egypt in November.

‘I apologise again, unreservedly,’ she told Metro.co.uk in a statement.

‘I would like to add that I have been tested subsequently, including today, and remain negative for Covid-19 and the same is true for all members of my immediate family who form my support bubble.’

Dancing On Ice will return on Sunday 28th February.