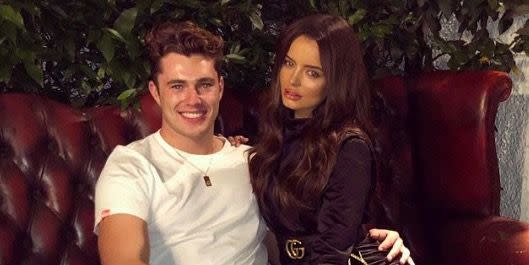 ‘Call me a middle-class hypocrite if you want, but I’m not getting rid of my wood burning stove’

Oh great. So now we have another eco-stick (or log, as the case may be) to beat ourselves with: government data shows that wood burning stoves are the UK’s largest source of particulate air pollution. They contributed around 41,000 toxic tonnes of the stuff in 2019 alone. PM2.5, as the form of pollution is known, are miniscule fragments of carbon. Measuring less than 2.5 microns, they infiltrate the body and get lodged in the organs, causing health issues ranging from respiratory problems to eye irritation. According to the new data, domestic stoves are responsible for nearly two-fifths of the PM2.5 in our air, despite only eight per cent of the population using them. Speaking as a member of that eight per cent, I’m loath to give up my wood burner. Yes, the stoves produce almost three times the amount of PM2.5 as road traffic, but lighting an evening fire has been one of the few things in which I’ve found solace during lockdown. When your home starts to feel like something of a prison, isn’t it only natural that you want it to feel like more of a sanctuary? Even when the weather began to warm up after the first lockdown, I continued, for a few weeks, to haul a couple of logs in from the woodpile, lighting it even if only for one log’s worth of a burn. Look, I’m an Australian in London, all right? I like to be warm. That wasn’t all there was to it though. It was the ritual of it; the building blocks of kindling, the satisfying scrape and hiss of a match, the smell of wood smoke, the glow it cast over the room. As soon as autumn came around, another delivery of logs was made, and the nightly practice began again. It’s the first time since having the stove installed three years ago that we’ve run out of logs before the spring: another delivery was made last week. Whether this is due to more nights at home, a greater need for comfort or a combination of the two, I can’t be sure. What I do know is that I look forward to that time in the evenings, when the children have finished their home learning and the dog humphs on to the sofa, we can gather together in front of that flickering warmth. It’s a feeling akin to that first warming sip of red wine, which yes, I may also have allowed myself to enjoy without guilt during these interminable months. And now, for the bit where I try to straighten my halo… One of primary reasons for buying logs in bulk is to eliminate the need to run to the local store or garage to buy one of those net-bound bags: these tend to have a high moisture content, which means that the wood is harder to burn and emits more chemicals. Buying ready-to-burn dried logs from a Woodsure certified supplier (and storing them correctly) lowers the footprint somewhat. I’ve been toying with the idea of trying coffee logs; after these recent stats, I’m even more keen to give these a go. Should I defend myself further? OK, fine: I drive a hybrid car. I buy my cleaning products and most toiletries at the local zero waste store. I don’t smoke. I do, admittedly, tend to fly rather a lot – although not in the last year, obviously. I have long been passionate about eschewing the High Street and wearing second hand clothing. When the seven-year-old Nespresso machine gave up the ghost, it was replaced with a bean to cup version to reduce all of that pod waste and contribute to good, rich, compost (in fact, maybe I should have a bash at making my own logs?). I collect rainwater for my junglesque collection of houseplants – hey, they’re air purifying, aren’t they? What does this make me? Somebody doing my bit, where and as I can, or a self-righteous middle-class hypocrite? I don’t honestly know. What I do know is that I used to joke about the light from a wood-burning stove being more flattering, and how it’s the closest I get, these days, to the wild camping adventures of my youth. Over the past year, in the absence of hugs, friends and parents, my stove has taken on a far more primal and vital significance. PM2.5 or not, it’s here to stay. Would you give up a wood burning stove for the environment? Let us know in the comments below

The Terror review: Easily the most compelling new drama to reach British screens this year

How Ava Holloway, Ballerina Who Went Viral During BLM Movement, Is Using That Attention...