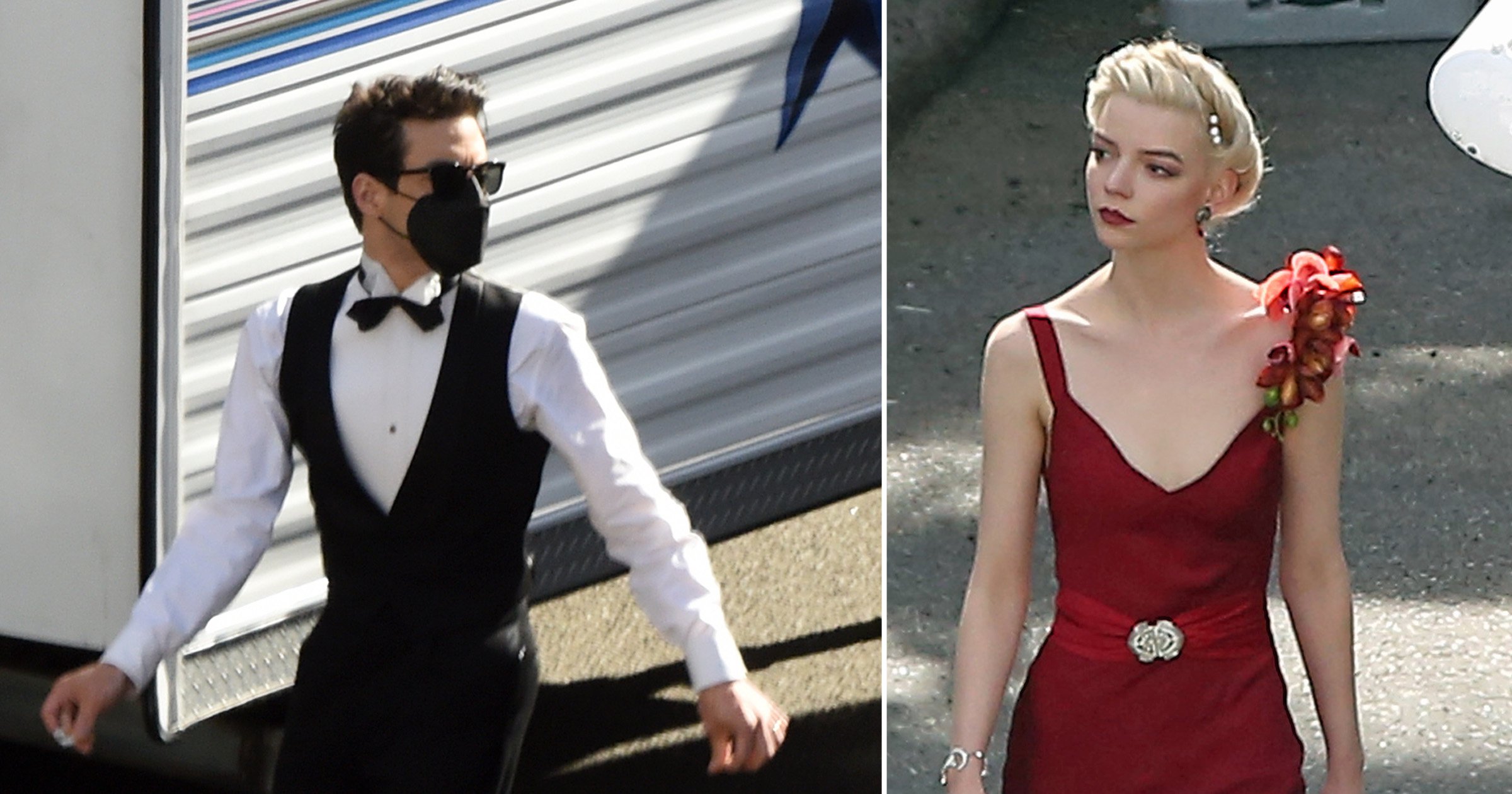 Anya Taylor-Joy has been spotted dressed up to the nines as she prepares to film scenes for her new movie with Rami Malek.

The Queen’s Gambit star was spotted in full glam as she donned a red gown and lipstick with intricately styled blonde hair.

Her co-star Rami also looked suave as he rocked a tuxedo on set, also donning sunglasses and staying safe by masking up amid the pandemic.

The duo are starring together on David O Russell’s currently untitled film, which features a completely star-studded cast.

As if that wasn’t enough, Robert De Niro, Michael Shannon, Andrea Riseborough and Mike Myers will also be appearing.

Other than the incredible cast, the film has been completely shrouded in secrecy, with next to nothing known about the plot, or any details, so fans will have to wait and see to find out what’s in store.

Elsewhere, Anya has been absolutely smashing it, securing nominations at the Golden Globes in both the TV and film categories.

Meanwhile, Rami is set to star as ‘unsettling’ Bond villain Safin (when we can finally get a glimpse of No Time To Die, that is).

‘What I really wanted from Safin was to make him unsettling, thinking of himself as being heroic,’ he said in a featurette on the film.

‘Safin is a formidable adversary, James Bond has to adapt to that.’

Rami plays the terrorist leader who is seeking revenge and was described by director Cary Fukunaga as ‘more dangerous than anyone Bond has ever encountered’.

No pressure there, then.

MORE : The Queen’s Gambit: Anya Taylor-Joy reveals her ideas to bring Beth back for season 2

‘Billie Eilish: The World’s a Little Blurry’: Everything We Learned From the Candid New Documentary

Rihanna poses topless in Fenty boxer shorts by the pool while the rest of...