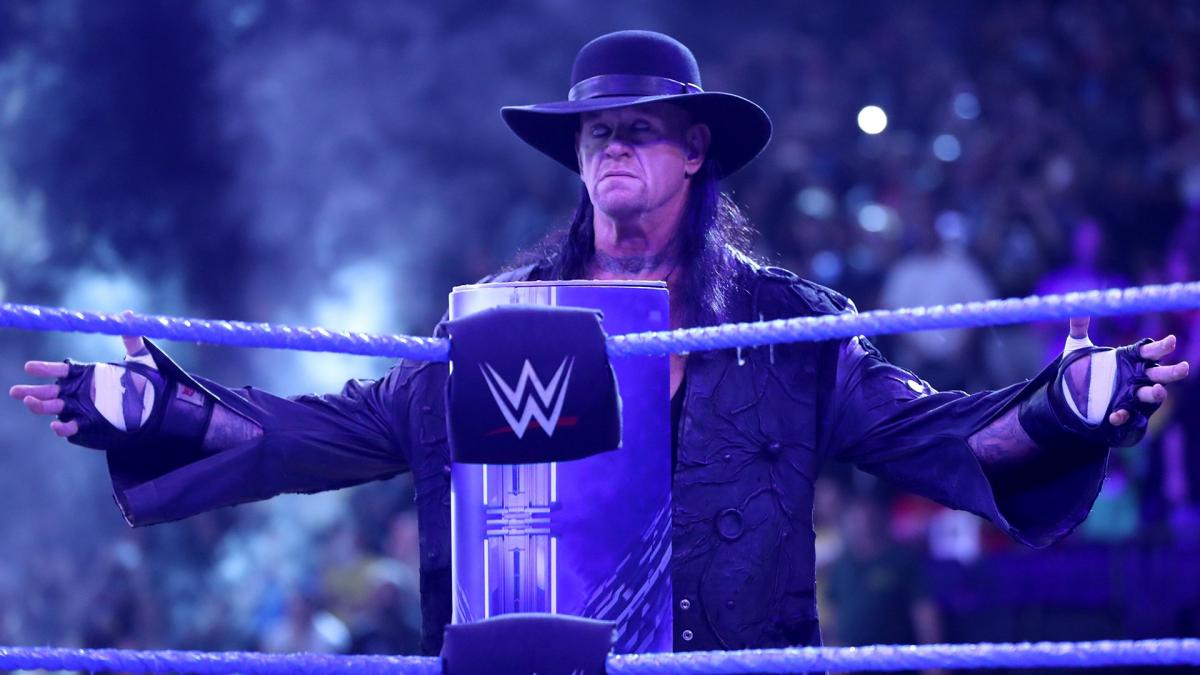 WWE legend The Undertaker is still feeling the effects of a nasty injury from 2010.

The Dead Man – whose real name is Mark Calaway – has opened up on some of the worst injuries he suffered throughout his three decades as an in-ring star, with Rey Mysterio causing a particularly gruesome knock with lasting damage.

Just over 10 years ago, the masked luchador broke his nose and damaged his orbital bone when they clashed on SmackDown as he mistimed a top rope senton and landed on Undertaker’s head.

In a recent chat on The Joe Rogan Experience, the Phenom revealed: ‘It left me with double vision. If I try to look peripherally, you become opaque. Like I see two.

‘Like that [glances up at the ceiling], I see two lights when I look like that. To this day. It’s been 10 years.

‘The way the nerve was pressed… when the fracture happened, it pressed the nerve for too long and it never kind of rewired itself.’

He noted he has to adjust his whole body when he parallel parks to make sure he’s looking straight ahead.

Taker’s comments came as he also blasted the current WWE product and crop of stars, while admitting he knew his remarks would ‘p**s a lot of people off’.

He said: ‘It’s tough right now for me because the product has changed so much. It’s kind of soft, you know?’

Asked if he’ll get in trouble for saying what he’s said, he didn’t seem too fussed.

The Dead Man – who was a star of the Attitude Era and is all but guaranteed a spot in the company’s Hall of Fame – seemed to long for a different time in wrestling history.

He ranted: ‘In that era of guys, too, those were men. You go into a dressing room nowadays and it’s a lot different.

‘I remember walking into my first real dressing room, and all I saw were some crusty f***ing men. Half of them had guns and knives in their bags. S**t just got handled back then.

‘Now you walk in, there’s guys playing video games and f***ing making sure they look pretty. It’s evolution, I guess. I don’t know what it is, but I just like those eras, man. I liked when men were men.’

Shaquille O’Neal stretchered out of arena into ambulance: Shaq crashes through table on AEW

Olivia Newton-John opens up on living with cancer: ‘Every day is a gift and...

Gia Giudice Speaks Out After Drug Use Analogy Sparks Drama on ‘The Real Housewives...

Shaquille O’Neal stretchered out of arena into ambulance: Shaq crashes through...