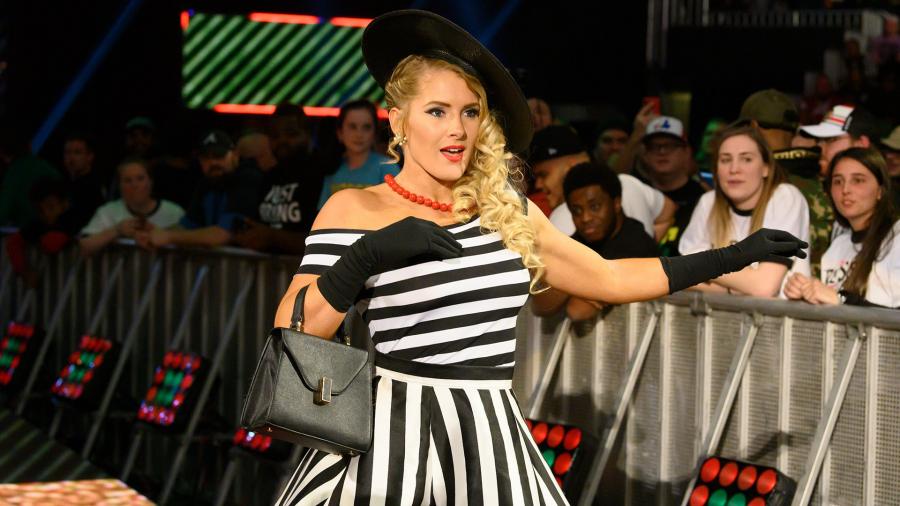 The Sassy Southern Belle – who has been aligned with legendary wrestler Ric Flair on television recently – confirmed the happy news during last night’s episode, and it was heavily implied that the Nature Boy could be the on-screen father.

Trying to wind up the Queen, Lacey bragged about her working relationship with Ric, and constantly avoided being tagged into the bout.

Eventually, she seemed to have no choice but decided to instead leave the ring rather than fight Charlotte.

She then got a microphone and claimed she is pregnancy, which sparked a huge celebrated from the Nature Boy, while it was heavily implied he’s the father.

According to Wrestling Inc, the pregnancy is legitimate, although obviously Flair – who has been happily married to Wendy Barlow since 2018 – is not actually the dad.

The report notes that WWE found out about the pregnancy earlier in the day, and decided to change the direction of their storyline while incorporating the happy news.

As it stands, a new opponent hasn’t been announced yet for the Empress of Tomorrow’s upcoming title defence.

Coincidentally, Asuka was also involved in WWE’s last pregnancy announcement, when Becky Lynch revealed last May that she and Seth Rollins were expecting their first baby together.

The Man – who has since welcomed baby Roux into the world – also dropped the bombshell on Raw, while revealing that Asuka had actually won the Raw Women’s Title at Money In The Bank the previous night, rather than simply a chance to compete for it.

16Arlington Is Over Teeny Tiny Handbags

Holly Willoughby tears up at ‘so scary’ clip of new parents waiting to hear...

What is a conservatorship?