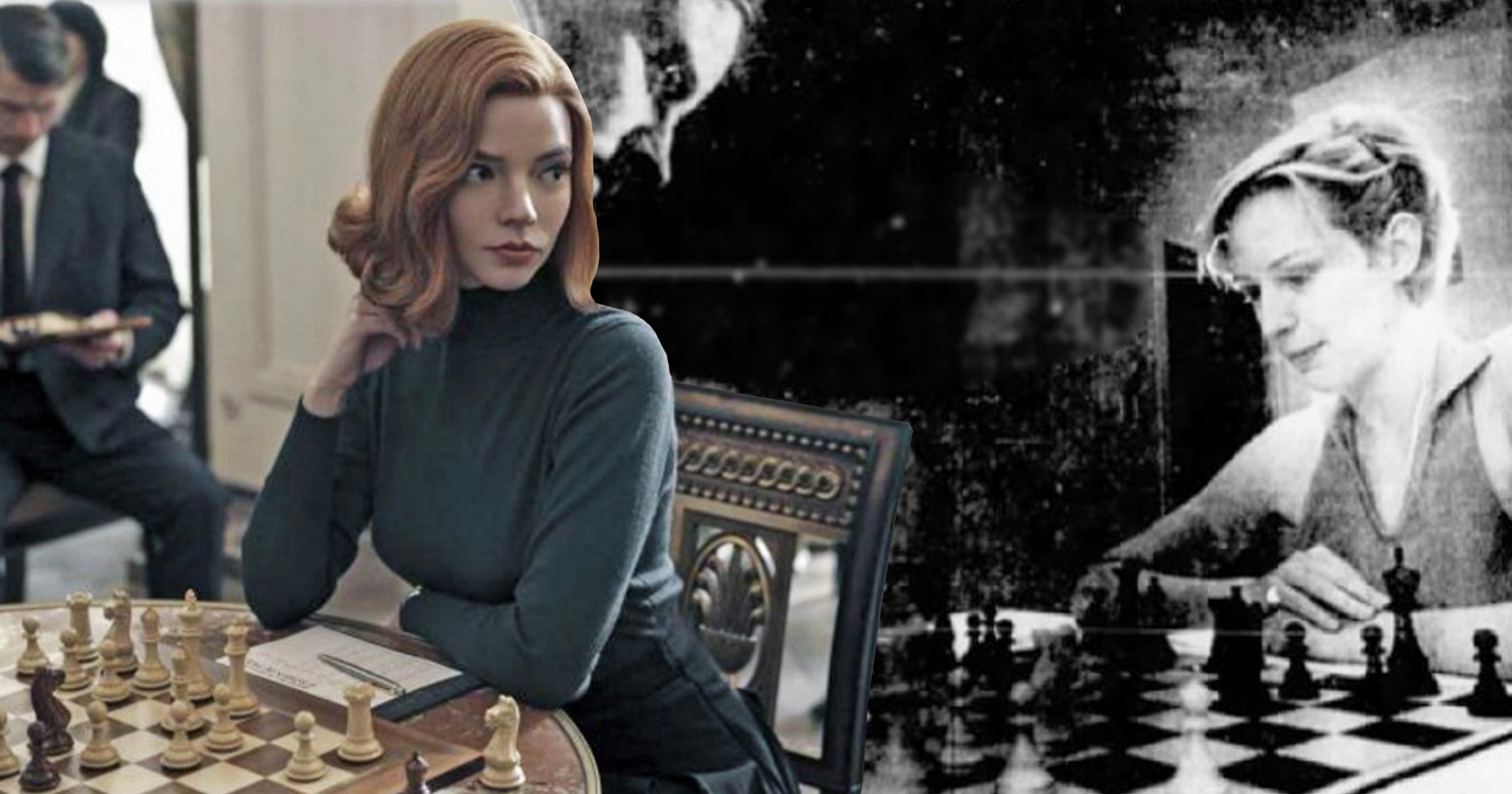 The series was based on a novel of the same name by Walter Tevis, which was published in 1983, a year before the author’s death.

There have numerous theories regarding who may have inspired the main character, both in the original source material and on screen.

One of the main names that has cropped up is Diana Lanni, who was perceived as the ‘It Girl’ of chess in the 1980s and was well-acquainted with Walter at the time.

During a recent appearance on The Poker Grid podcast with Jennifer Shahade, Diana explained that she and Walter would frequently come across each other as she ‘hung out in the same places he did every day’.

‘I always played at the top board at Washington Square Park [in New York] and always had a huge crowd around me. I was the only woman that played daily everywhere,’ she recalled.

Diana was often found at the Game Room, a spot where people could play chess, drink and dance, which was owned by Stuart Morden, who consulted on The Queen’s Gambit novel.

‘So I think historically, I was sort of the “It Girl” in chess, because there were other attractive women that played, but they had careers, they had husbands, they were going to university and they played once a year or twice a year, whereas chess was my life,’ she added.

Diana’s prowess in the world chess isn’t the parallel between her and Beth.

She also suffered from mental health issues, with chess providing her with solace when ‘life made no sense’.

‘Chess had saved my life because I just didn’t understand the world. I didn’t know where I fit in. Some of the things that Beth Harmon said sounded like direct quotes from me,’ Diana said.

In one scene in The Queen’s Gambit, Beth explains why she felt so drawn to chess, stating: ‘It’s an entire world of just 64 squares. I feel safe in it. I can control it, I can dominate it. And it’s predictable. So if I get hurt, I only have myself to blame.’

Diana said that she felt a similar and comforting sense of structure when looking at a chess board when she was younger.

‘Life made no sense and I was desperately depressed,’ she recollected.

‘That’s when I met Larry [Kaufman, Grandmaster]. He had opened this chess club and invited me into it and I thought, “I’ll learn the world of chess. Those 64 squares can be my world and I’ll learn the rules. I’ll learn how this miniature microcosm of the world works and that can be my life until I understand life better”.’

Before The Queen’s Gambit was made into a TV show, it was being considered for a feature film, with Heath Ledger in early talks to direct and star.

Screenwriter Allan Shiach went on to co-create the miniseries, having obtained the rights to the book in 1992.

The Queen’s Gambit is available to watch on Netflix.

MORE : The Queen’s Gambit: Anya Taylor-Joy reveals her ideas to bring Beth back for season 2

MORE : The Queen’s Gambit finale is the best Netflix episode of all time, according to viewers

I Care A Lot, Bloodlands and Pennyworth

Holiday blow to Cyprus family trips as teenagers NOT included in...

Rachel Lindsay Shares Why She’s Not Going to ‘Give an Opinion’...

How to use sensory deprivation for sexual kicks