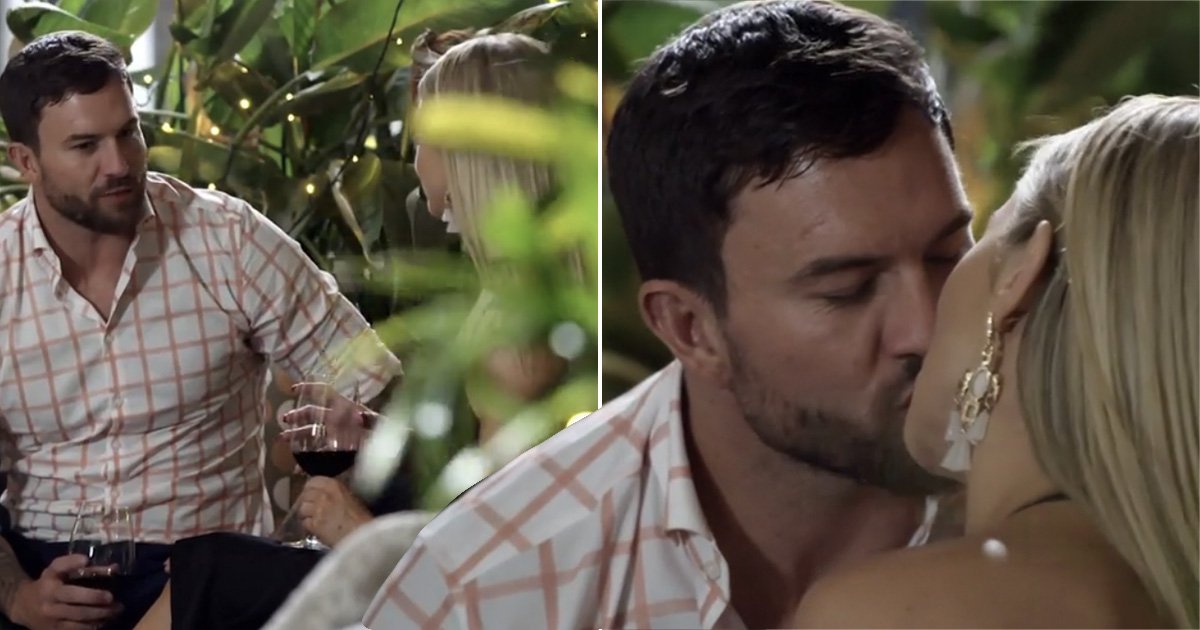 Married At First Sight Australia stars Dan Webb and Jessika Power were seen secretly plotting to stay in the experiment and ditch their partners, by going public with their affair.

Season six of MAFS Australia was originally filmed in 2019, but it’s now playing out for British viewers on E4 and it’s proved to be a wild ride with plenty of drama.

So far, this season has been rocked by two huge cheating scandals, with Sam Ball and Ines Basic first going behind their partners’ backs and now Jess and Dan being tempted by each other.

During Monday night’s episode, viewers watched on as Jess clashed with Mike Gunner at the latest dinner party and Dan grew more and more frustrated as he couldn’t vocally support Jess without exposing their secret relationship.

Despite Jess being married to Mick Gould and Dan tying the knot with Tamara Joy, the pair have been enjoying secret dates and have kissed multiple times away from prying eyes.

Growing tired of all the secrecy, Dan stole Jess away from the group and revealed his plan for the pair to go public with their romance at the next commitment ceremony – both writing to leave their current partners and then asking experts if they can stay on as a new couple.

Dan told Jess: ‘It’s getting hard doing this… I can’t keep doing this behind Tam’s back… the more I’ve fought it, the more I wanted to speak to you.

‘You’re pretty. You’re easy to talk to, I’ve come here to find love… the girl I want to spend the rest of my life, Going into the commitment ceremony tomorrow, I think we need to say something.’

Revealing his plan, Dan said: ‘I want to come clean and let everyone know the way I feel about you. We should both write leave and maybe ask the experts if we can stay and me and you can try something.’

Jess was all for the decision and completely besotted by her co-star, she told him: ‘I get stupid and giddy around you, you just excite something in me… everything about you ticks my boxes and I can see myself falling in love with you.’

Viewers were furious and called for the experts not to let Jess and Dan continue as a couple – calling the series ‘b*llsh*t’ if they do stay on after their affair.

‘I am DONE with this show if they allow them to continue!! DOOOONE!!!!! It’s not Love Island ffs #mafsaustralia #MAFSAUS,’ tweeted one viewer.

‘No they should not be allowed back in to the experiment, it makes a mockery of the show,’ agreed another fan, while one viewer said: ‘If they let Dan and Jess re-enter as a couple then this is absolute BS.’

One fan vented: ‘Imagine the experts allow them to stay?!’

One more threatened to boycott the show, as they wrote online: ‘If the experts let Dan and Jess stay in that situation I’m definitely switching channels!!!’

‘Seriously allowing big style cheating then allowing them to marry ewcg other on your show ? Wow lowest of the low Jess and Dan wow what a low for the show (sic),’ tweeted another.

A sneak peek at the following episode saw Jess revealing that she has feelings for Dan in front of the group and the experts, with her husband Mick branding her ‘selfish’ and Tamara slamming Jess for her ‘betrayal’.

Grab your popcorn, guys – things are about to get real intense…

MORE : Below Deck Mediterranean: Where can you find season 1 cast on Instagram?

Where to find cheap Covid-19 PCR tests for travel