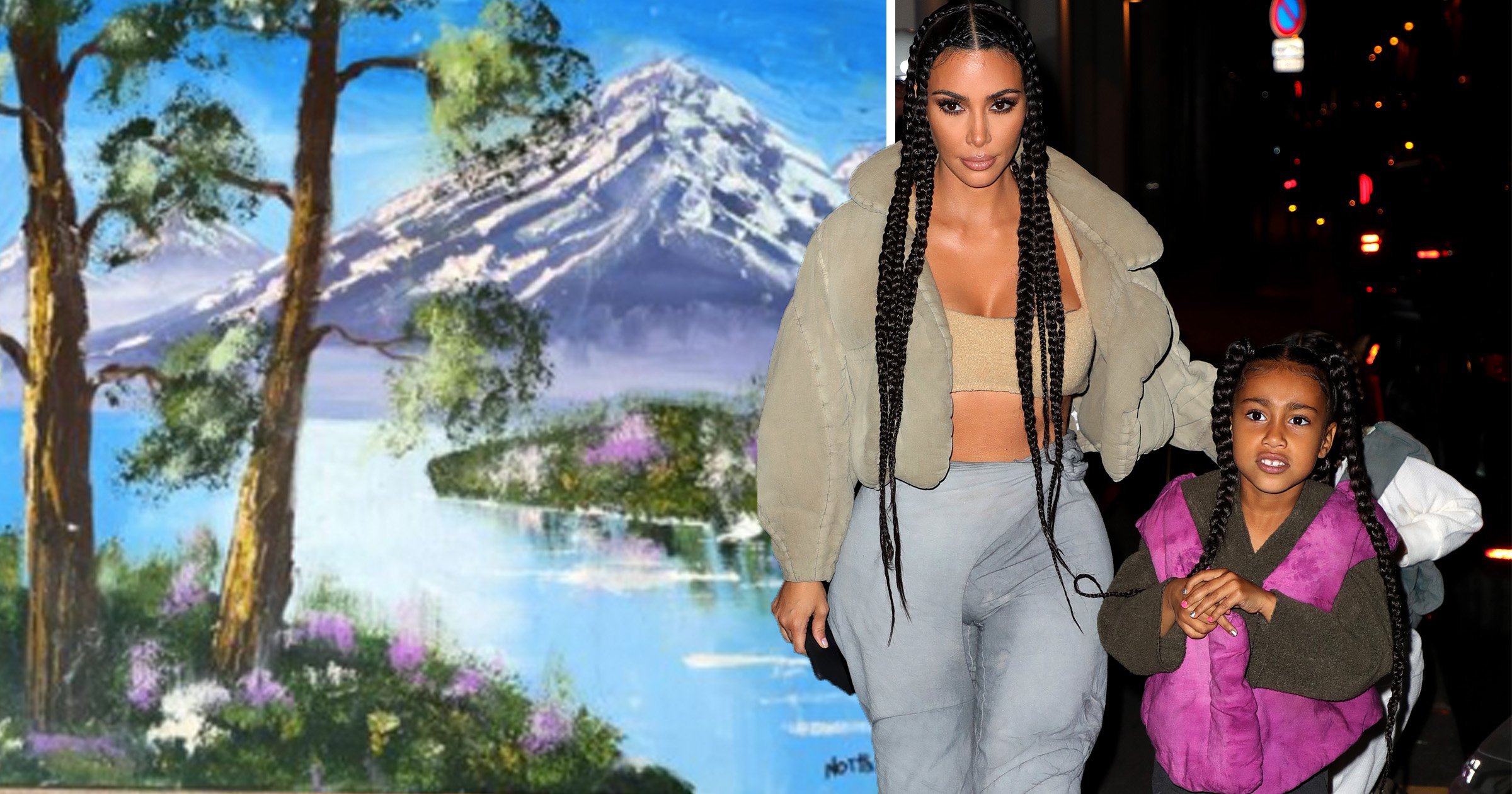 Kim Kardashian’s daughter North West has been invited to visit the Bob Ross Experience after her impressive artistic talents were unveiled.

The Keeping Up With The Kardashians star, 40, made headlines when she proudly showed off her eldest daughter’s painting on social media – thought to be worth an impressive £10,000.

The mum-of-four was later forced to hit back agains critics, defending the seven-year-old’s efforts.

After all the drama, it has been revealed that the late artist’s company is ‘looking to nurture’ the youngster’s talents, after being excited by her mountainscape.

According to TMZ, bosses have invited her to visit the Bob Ross Experience in the future.

Katy Maggart, communications manager for the brand added to Us Weekly that she ‘definitely’ has talent.

Recalling Bob’s theory that anyone can paint, she added: ‘She’s [North] just a testament to that, and if you’re willing and brave enough to actually try then you’ll be surprised at what you can do.’

The Bob Ross Experience may be ‘thrilled’ by North’s painting, but Kim blasted keyboard warriors turned art critics who claimed it was photoshopped.

Having precisely none of it, the businesswoman took to her Instagram story to slam those who had dared to question North’s artistic side.

She fumed: ‘Don’t play with me when it comes to my children!!!

‘My daughter and her best friend have been taking a serious oil painting class where their talents and creativity are being encouraged and nurtured.

‘North worked incredibly hard on her painting which took several weeks to complete. As a proud mum, I wanted to share her work with everyone.

‘I’m seeing op-ed pieces in the media and social media from grown adults breaking down whether or not my daughter actually painted this!’

Kim concluded the post with: ‘How dare you see children doing awesome things and then try to accuse them of NOT being awesome!?!?!

‘Please stop embarrassing yourselves with the negativity and allow every child to be GREAT!! North West painted that PERDIOTDDDDDABCDEFGZFDT [period]!!!!!!!!’

Kate Winslet plays troubled detective on the hunt for a murderer in gripping Mare...