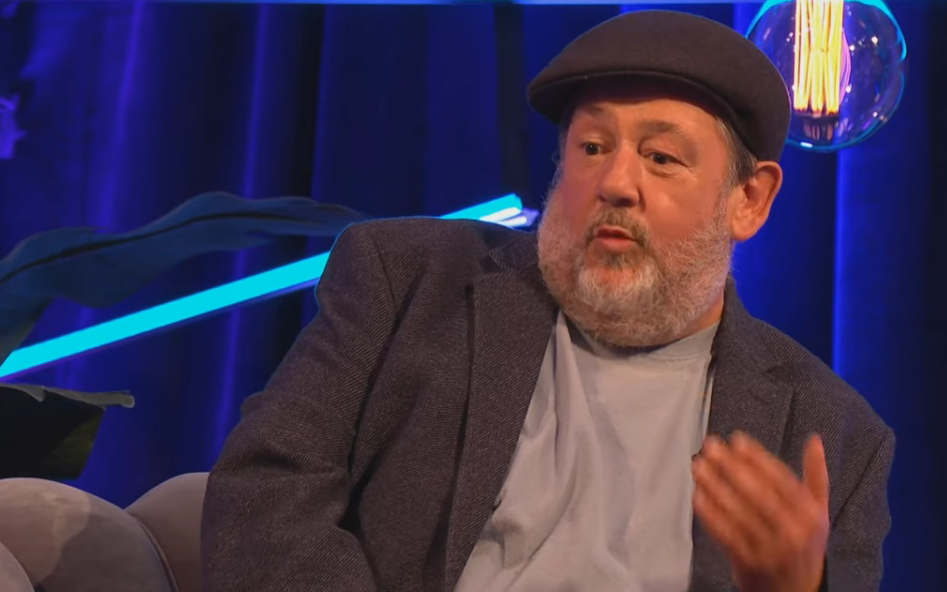 The comedian revealed the X-rated memory to Mel Giedroyc, Josh Widdicombe, Clare Balding and Lou Sanders in an upcoming episode of Dave’s Unforgiveable and shared how the unfortunate mishap happened.

Taking us back to his youth, Johnny recalled how he once went to have a bath but the water overflowed and led him to find a hidden panel in the bathroom which contained a ‘mucky book’.

‘I liked her backstory,’ Johnny explained. ‘The fact she was dressed as a policewoman, in my head, she had caught me committing a crime.’

‘This isn’t the shameful bit,’ he warned, before explaining how the Virgin Mary came into it all.

‘The shameful bit is one night I was meeting some friends and I didn’t have time for the backstory. I was already most of the way there and I took Jean out to go, “ooway”, and as I pulled it out, my dad had obviously discovered it and he swapped it for a Catholic newsletter.

‘So as I pulled it out, I had an erect penis in my hand and I was looking at a picture of Our Lady.’

Johnny continued: ‘Came downstairs and what did my dad do? “Good bath?” I went, “Yeah”, he went, “Good, because you know what they say? Cleanliness is next to Godliness”.’

‘Johnny has taken us to a place we weren’t prepared for,’ commented Clare, in complete shock.

‘I have to say, to your credit, you respected her.’

Well, there’s an anecdote we won’t be forgetting in a hurry.

Watch Unforgivable on Tuesdays at 10pm on Dave and catch up on UKTV.