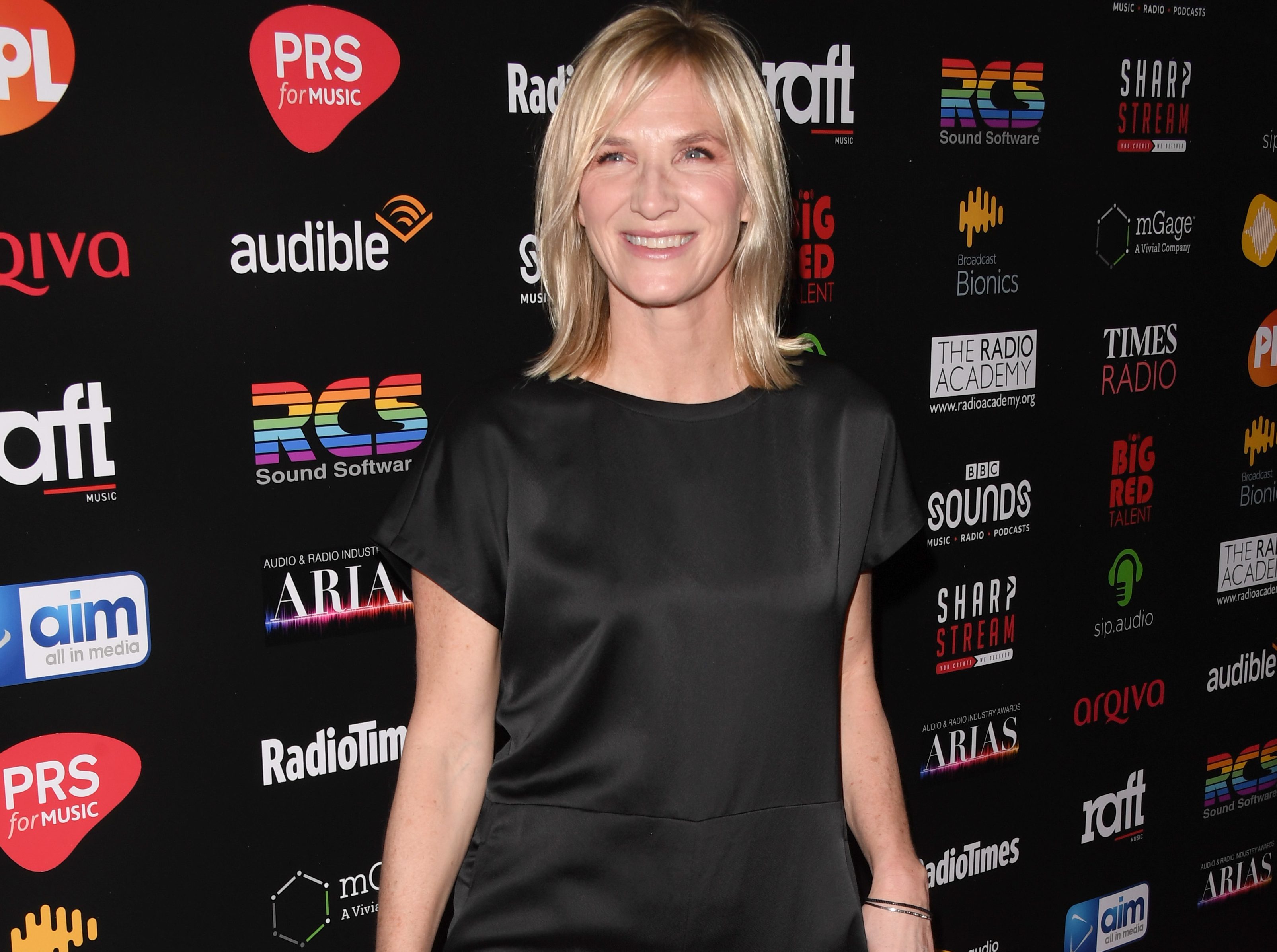 Jo Whiley revealed that her vulnerable sister has tested positive for coronavirus – just after she spoke about being offered a vaccine ahead of her sibling.

The BBC Radio 2 star has been asking for Frances – who has learning difficulties, genetic syndrome Cri du Chat and diabetes – to be prioritised for the jab.

However, taking to Twitter, the 55-year-old, who was invited for her own vaccine, shared the news that her sibling, who lives in a care home, has now been diagnosed with Covid.

‘Feel like I’m in a terrible film with bad plot twists,’ she penned. ‘Late last night I got a call to say that Frances, my sister, had tested positive & has Covid.

‘Our worst fears realised after keeping her safe for a year & with a vaccine so close… she’s OK so far… Everything crossed.’

The news comes after Jo explained the care home Frances is residing in had a Covid outbreak last week, with the pandemic having an ‘extreme’ impact on her mental health.

Speaking during a recent instalment of Radio 4’s Today show, she told listeners that she wished she could give up her vaccine ‘in a heartbeat’, beginning: ‘Oh my God, I can’t tell you how frustrating it is and how horrendous it is.

‘It is the stuff of nightmares at the moment. I feel like I am living through a nightmare.

‘And then, ironically, I got a message to say I was due to have my vaccine before my sister who has got learning difficulties and underlying health conditions. Go figure.’

Initially, the top four priority groups were approached for a vaccine, including those over 70.

It was revealed this week that more than 15 million people in the UK had received their first dose of a vaccine, with thousands of people getting a jab every day.

BBC states that people with diabetes, and those with ‘severe or profound’ learning difficulties, are in group six – and are starting to receive their invitations.

Speaking about the jab, Jo stated she was unsure about why she had been approached ahead of Frances – insisting that it ‘doesn’t feel right’.

‘I fail to understand, to be honest with you,’ she continued. ‘Myself, my parents and the home have done everything we can to try and facilitate the vaccine coming in to the people who need it the most.

‘She is in tier six but she also has quite bad diabetes, which in my understanding puts her in tier four because she has an underlying health condition, so I would have thought that she would have been vaccinated, but that hasn’t happened.

‘And I suppose what I am doing is just wanting to speak up for people like Frances, people who live in her care home, who have been overlooked, because this happens so often.

‘People with learning difficulties are neglected. They haven’t got a voice, they haven’t got anybody there. Just badgering everybody saying, “What about me? Help me out here”.’

Jo added: ‘And I would give up my vaccine in a heartbeat if I could for my sister and any of the residents in her house to have their vaccine. It just does not feel right.’

The Government has now hit its target of offering everyone in the top four priority groups across the country the Covid-19 vaccine by February 15.

The next step is to offer a jab to the estimated 17 million people in the next five groups – which will hopefully be complete by the end of April.

MORE : Whoopi Goldberg ‘disappointed’ as she quits Sister Act The Musical as it’s delayed to 2022

Naked Attraction contestant escorted from set after becoming a little *too* excited: ‘You can’t...

How many calories does walking burn?