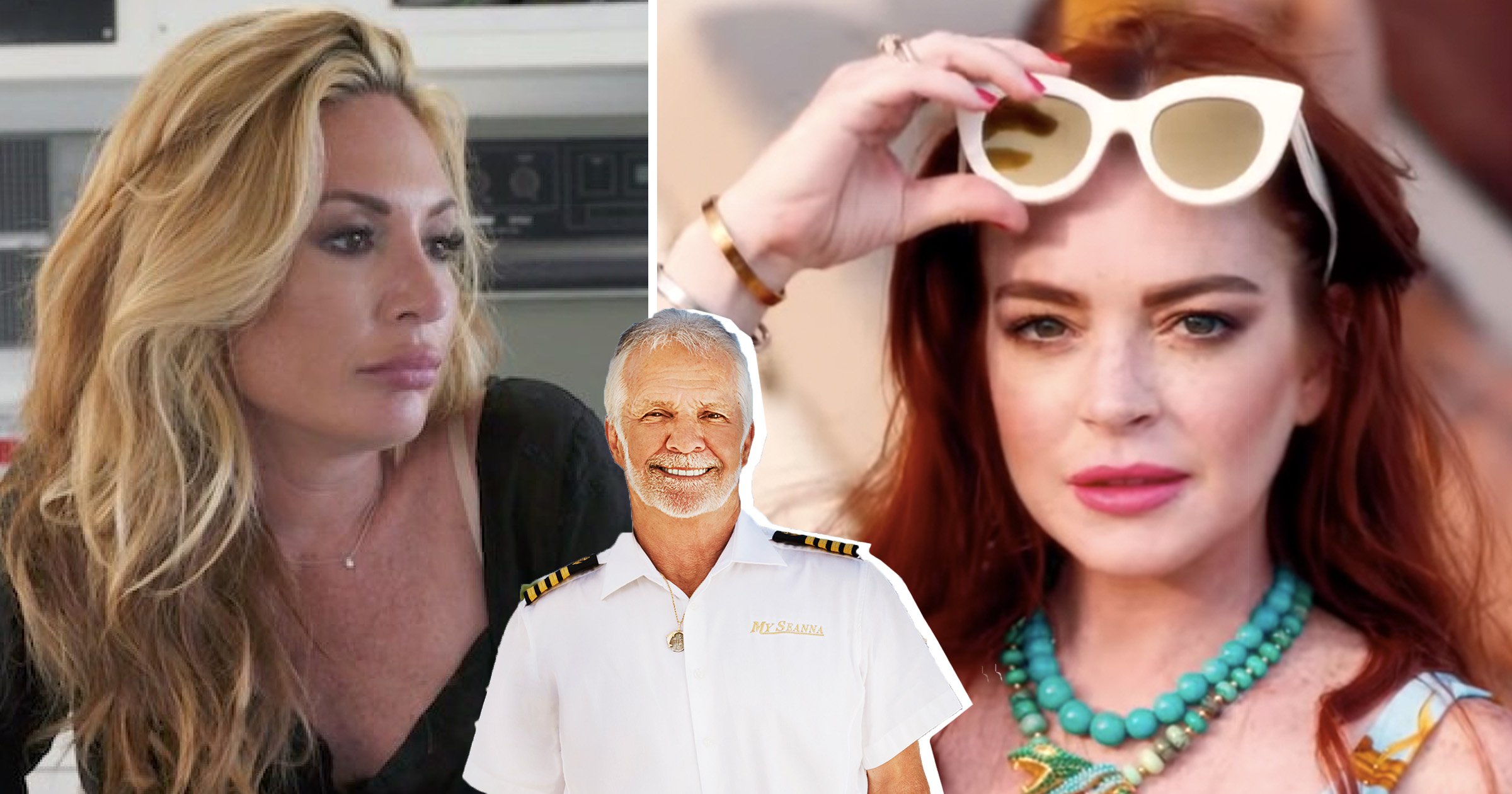 Below Deck has pretty much been our go-to binge watch during lockdown and if you’re like at us and now at a loss at what to watch, then Lindsay Lohan is here providing the goods.

Season eight of Below Deck wrapped up pretty abruptly, thanks to coronavirus wreaking havoc with the crew’s last charter.

It saw the fallout from the firing of stewardess Elizabeth Frankini – after chief stew Francesca Rubi finally got her way and got Captain’s Lee backing to let Elizabeth go following her night in guest cabin with deck hand James Hough – and a final booze-fuelled night out for the crew.

With season eight the last in the series to be filmed (and if, like us, you’ve already worked your way through Below Deck spin-off Below Deck Med) then you’ll no doubt be wanting a new reality series, with a Captain Lee to steer ship and the threat of a plane ticket home, to get your teeth stuck into.

The series first came out in January 2019 and sees Lindsay looking for new ambassadors to work at her Beach Club that she’s opened in party resort Mykonos – following the successful launch of her nightclub in Athens.

It sees her hire a slew of guys and girls, who are used to working as VIP hosts on the party scene and wanting to make a name for themselves. She’s looking to build on her team and brand in Mykonos, but is only after the best of the best.

It’s now available to watch on Amazon Prime and is surprisingly similar to Below Deck. There’s firings, there’s demanding clients, there’s the return of the preference sheet and, of course, your usual drama and romances between crew thrown in too.

First of all, you have Lindsay – the boss in charge. She’s your Captain Lee if you will, calling the shots and overseeing how each ambassador is getting on. Plus, her outfits and make-up looks are reason enough to watch on their own.

She’s not afraid to fire people if they’re not up to her high standards and is left less than impressed when she surprises their ambassadors in the villa on their first night in Mykonos to see them all swimming in their underwear and pretty much all the alcohol gone.

Hammering home that she’s the one calling the shots, Lindsay makes it clear that she wants one ambassador to dye her hair pink (because only her DJ is allowed blue hair, obvs) and calls her out for being in just her bra on meeting her boss for the first time.

Lindsay is always flanked by Panos – her business partner and second command. Panos is your Kate Chastain keeping everybody in check, laying down the law and being Lindsay’s eyes and ears when she’s not around.

Just like the charter guests making ridiculous demands (looking at you Dean Slover with your crew diving competitions and apology songs after being left on th beach), the beach club’s clients are just as bad.

One influencer/model basically gets one ambassador Brent to make out with her all day, while another wealthy client expects hot towels and his feet to be washed.

There is, of course, the odd pampered pooch too that comes along for the ride, with the team expected to give them everything their little furry hearts desire.

If you thought Ben’s meltdowns in the galley were dramatic, then just you wait.

Whether it’s Brent getting all riled up after one too many drinks and calling every girl in the house ‘ugly’ and a two out of 10 (we’re not kidding), Sara pouring an entire bottle of tequila over Brent’s head or Jonitta getting her back up when being accused of partying all day instead of working – it goes off.

And that’s all before Panos then gets into it with the ambassadors to try and whip them into shape. Kate may have just met her match.

What’s a reality series without a little love brewing between its stars, right? Just like Below Deck is partial to an in-crew romance, the ambassadors can’t help but lust after each other too.

Sadly, Lindsay Lohan’s Beach Club only aired for one season, before being axed. But, that said, there’s still 12 episodes up for grabs and well worth a watch – if only to see Lindsay pulling out that iconic hair flick #DoTheLiLo…

MORE : David Harbour heads out for coffee run in Notting Hill after spending time with Lily Allen and her kids

Jamie Spears’s lawyer says ‘people have it so wrong’: He ‘saved’ Britney

Prince Harry Gives His Candid Thoughts on ‘The Crown,’ Reveals Who He’d Like to...