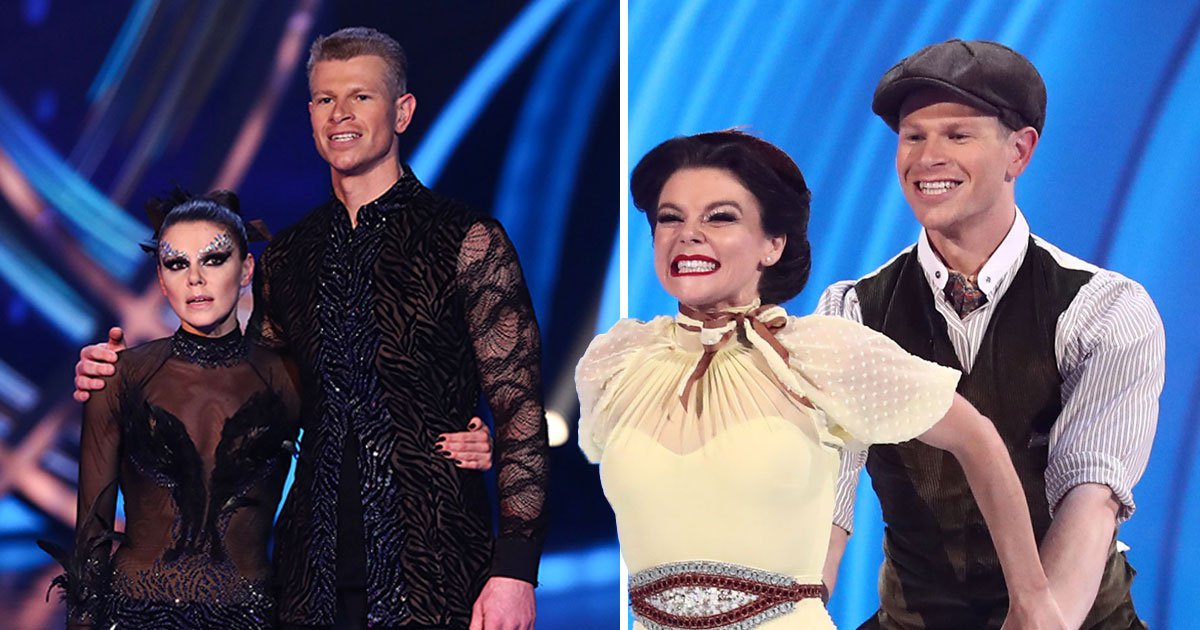 Dancing On Ice pro Hamish Gaman is the latest star to suffer an injury that could threaten his position with Faye Brookes in the competition.

The skating professional tore a tendon in his hand while putting on a sock on Friday afternoon, causing last minute changes to his and Corrie star Faye’s Valentine’s routine inspired by Prince William and Kate Middleton’s wedding.

Despite doctors’ warnings, he continued to perform regardless.

Speaking on Heat Radio, Hamish said: ‘Unfortunately I’m in a situation where I may have to withdraw if I need surgery.

‘I would be heartbroken, Faye has worked so hard.’

Explaining what happened, the pro revealed: ‘Faye wasn’t fully aware but I snapped a tendon in my hand and I was advised before the show that I’m putting my finger at risk for the rest of my life here.

‘It’s one of those scenarios where there was a lot of people dropping out of the show and I love this show so much and I didn’t want to let the team down.’

‘They strapped up my hand so I could get through the show,’ he continued. ‘We had to make a lot of changes to the routine last minute, we re-choreographed the whole second-half.

‘Faye did incredible to learn the routine last minute. We had to change all of our lifts because of my hand, as I couldn’t do certain movements.’

Last Sunday, the judges were scolded by host Phillip Schofield for their ‘harsh and unfair’ critiques of Faye and Hamish, who skated to Bruno Mars’ Marry You.

They scored 32 out of 40 for the routine, with Faye being seen stumbling and nearly crashing off the rink during one part of the dance.

On Monday, it was announced that Dancing On Ice had been pulled off air for one week in order to cater to the welfare of the cast and crew.

Hopefully, this will give Hamish time to recuperate and he can continue with Faye as planned.

It’s not clear whether Faye will have to withdraw too, or if she could get a new professional to continue with.

So far four stars have had to make premature exits from the competition.

Denise Van Outen and Billie Faiers withdrew due to injuries, while Rufus Hound and Joe-Warren Plant tested positive for coronavirus.

Jason Donovan also had to sit out last weekend after a back strain.

Glenn Howerton was James Gunn’s second choice to play Star-Lord in Guardians of the...

The White Company has created the ultimate oil diffuser