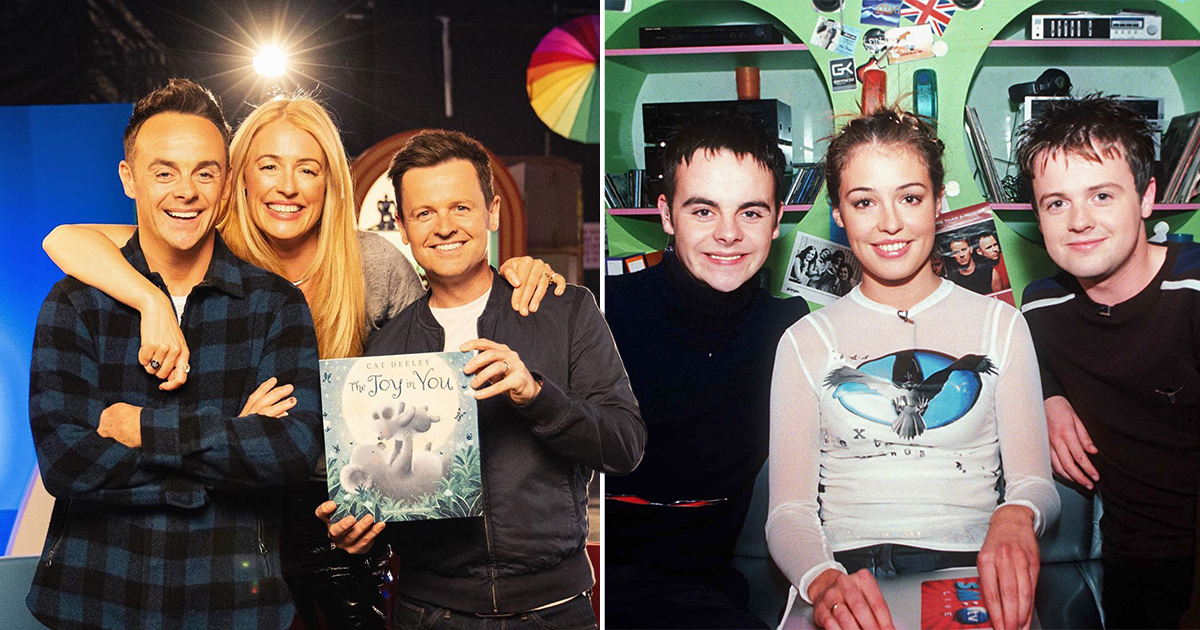 Ant and Dec have teased the possibility of reuniting with SM:TV Live co-star Cat Deeley in this year’s series of Saturday Night Takeaway.

The Geordie duo, who celebrated their 30th anniversary of working together last year, briefly reunited with their kids TV co-star Cat last year to celebrate the show’s success.

After plans for a one-off revival of SM:TV fell through due to coronavirus, the Boxing Day special became a retrospective on what they achieved.

But with fans still nostalgic for the Saturday morning show, which included skits like Friends parody Chums and Wonky Donkey – Ant and Dec have teased it could be getting a mini-reboot of sorts for one night only.

‘Maybe something will happen at some point. We’re talking about Cat maybe coming on Saturday Night Takeaway, and maybe doing something… this year.’

Are we going to get a Chums reunion before we get an actual Friends reunion?!

In the meantime, the pair will be preparing to give out some big prizes and cause more mischief for the bigger kids in our lives, with Saturday Night Takeaway making an official return.

They will be joined by Stephen Mulhern as their man on the street, and I’m A Celeb star Fleur East for the first episode.

Undercover and I’m A Celebrity… Get Out Of Me Ear will be back with some famous faces taking part including Davina McCall, Sir Mo Farah, as well as Jamie and Harry Redknapp.

In the lead up to the programme, Ant and Dec have been teasing fans with behind-the-scenes clips and photos.

In their latest video, the comedy duo are dressed up as PJ and Duncan as they recreated some of their iconic dance moves to Let’s Get Ready To Rumble.

Saturday Night Takeaway returns this weekend at 7pm on ITV.

MORE : Declan Donnelly doubts he’ll be Ant McPartlin’s best man: ‘It’s between me and the dog’

Prue Leith, 80, reveals her go-to £4 moisturiser and the overnight beauty hack she...