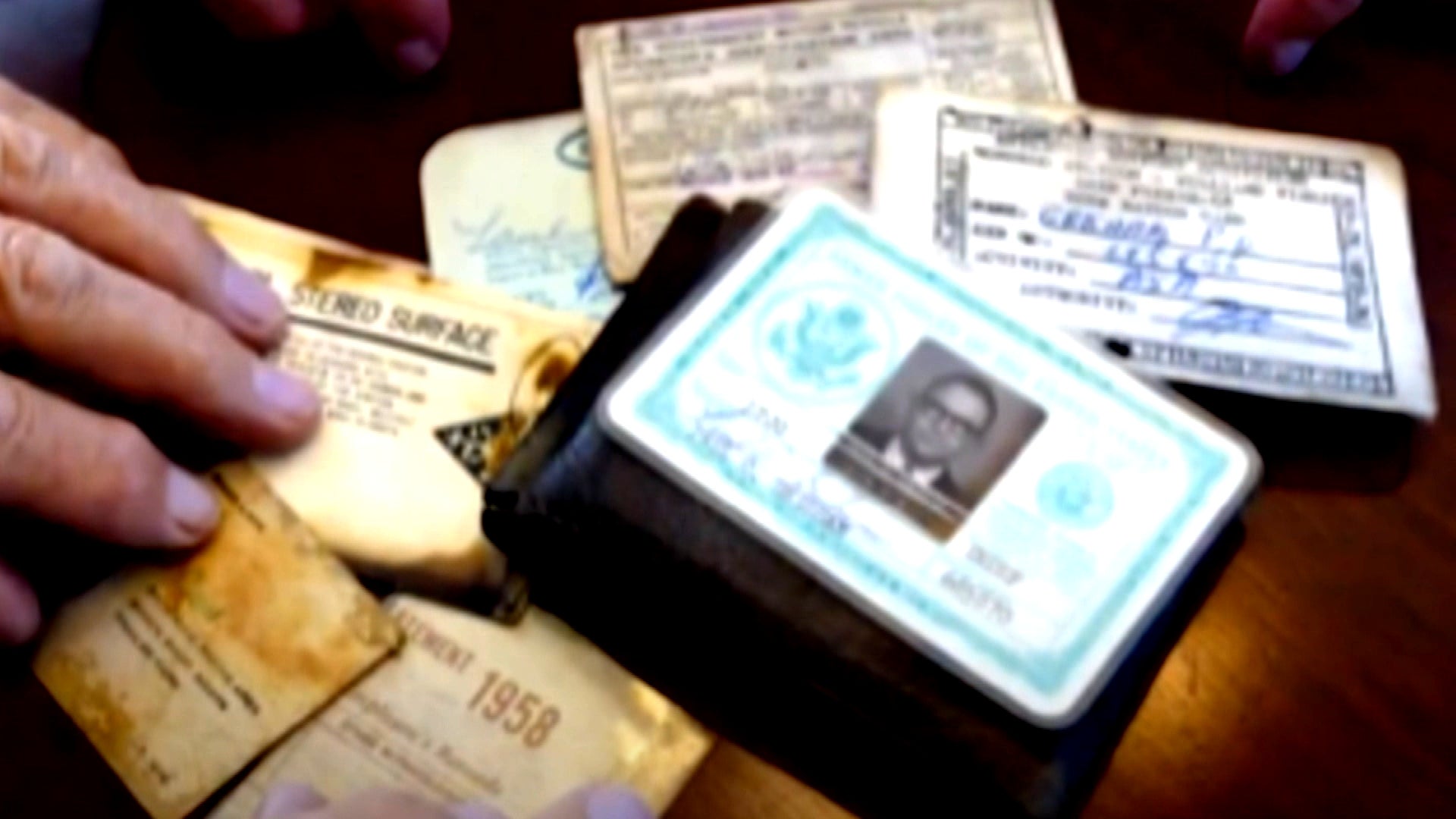 A 91-year-old man has been reunited with his long lost wallet found in Antarctica 53 years after it went missing. Paul Grisham was a meteorologist with the Navy in 1967 and living in a remote outpost when the wallet was lost.

After the outpost was recently torn down, the wallet was discovered. Grisham, who lives with his wife in San Diego, told Inside Edition he doesn’t even remember losing it. Thanks to the -90 temperatures, the wallet was actually frozen in time and preserved some of the items in it.

Inside, there was a beer ration card and a pocket reference for what to do in biological and chemical warfare, Grisham explained.

“I said, ‘Hey buddy, did you lose a wallet in the Antarctic?’ And he was amazed. He was totally amazed,” McKee said.

Grisham thanked McKee for returning it.

British Woman Surprises Her Fiance at Disney After 8 Months Apart

Hugh Bonneville: ‘I was no fan of Margaret Thatcher, but my God she would...