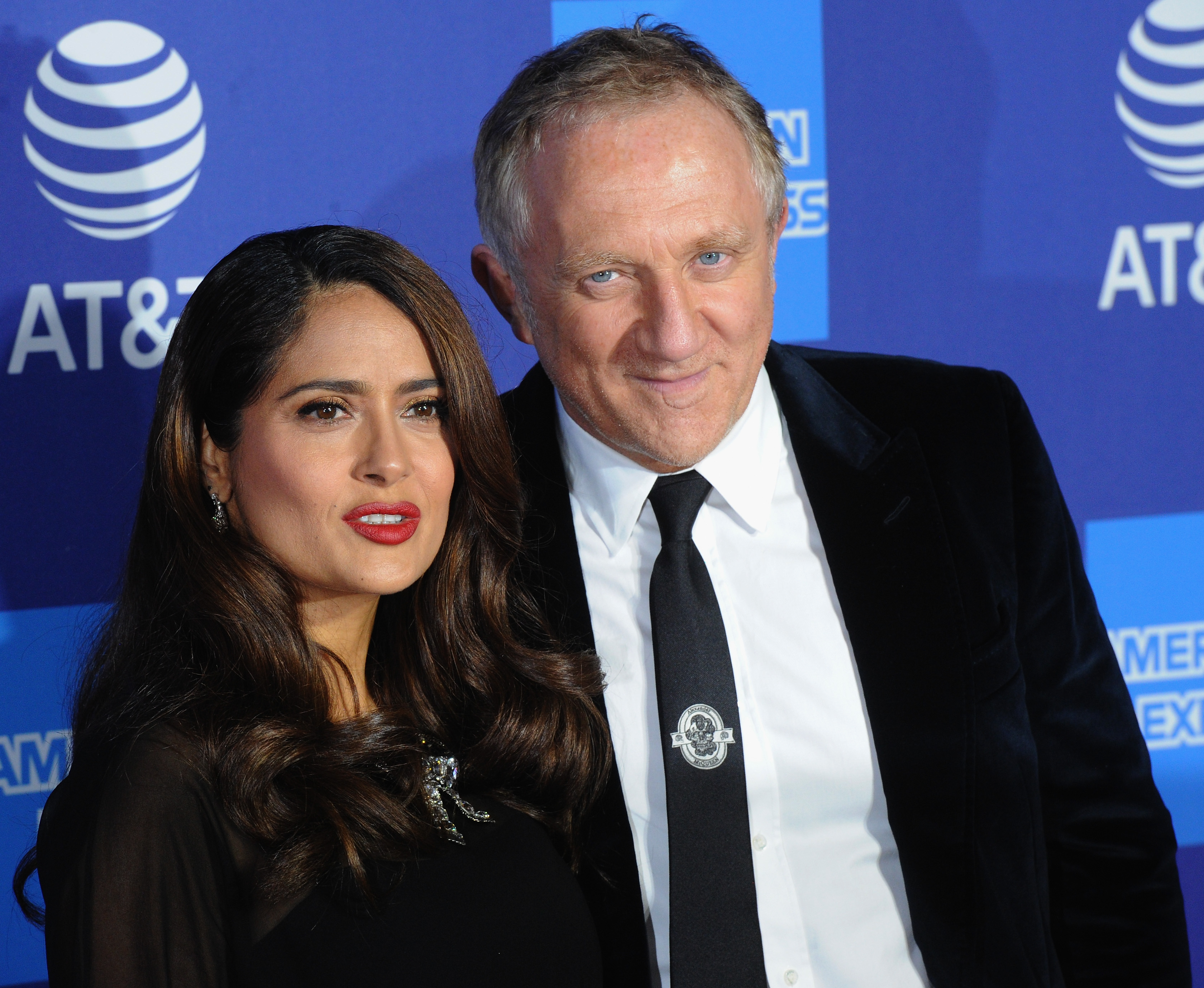 Salma Hayek revealed she is no longer bothered by claims that she chose to marry billionaire businessman François-Henri Pinault ‘for the money’.

Ever since Hollywood actress and the 58-year-old business mogul first began their relationship in 2006, the Frida star admitted she’s had to deal with assumptions about her relationship.

Pinault is the CEO and chairman of luxury fashion conglomerate Kering, which owns high-fashion brands such as Balenciaga, Gucci, Yves Saint Laurent, and Alexander McQueen, and Hayek admitted doubters have always claimed the relationship was for monetary gain.

During her appearance on Armchair Expert, host Dax Shepard stated about her partner: ‘What a nice fun generous, kind, warm guy but, beyond that, he’s super sexy too. I didn’t know who he was when I heard that you had married a very rich guy so I thought “Maybe that’s why she married him”.

‘Then I meet him and this guy is so foxy – the confidence, his eyes, he’s so good-looking and charming. I was like “Oh, this [guy] could have been broke, he’s a bombshell.”‘

Hayek laughed as she responded: ‘The thing about it is, in pictures you cannot begin to guess the magic in him. He’s made me become a much better person and grow in such a good, healthy way.

‘When I married him everyone said it was an arranged marriage, for the money, and I’m like “Yeah, whatever b***h”. Guess what, 15 years together and we are strong in love. Now I don’t even get offended.”

The 54-year-old continued: ‘There is a discrimination towards rich men. You immediately think someone rich might not be a good person. That they might be materialistic, doesn’t have values, is stupid, or doesn’t deserve it, they did it the wrong way… there are all these preconceptions and I had them too, by the way. It was the last thing I wanted. It was not my type at all.

‘I came in with the misconceptions and he melted them all away. People think they are controlling and a workaholic, but my guy finishes work with a big smile on his face, happy to be home and see me and the kids. When we are on holiday, he shuts everything off.’

The Desperado star added: ‘It’s not just an insult to me, they cannot begin to imagine what a joy that human being is.’

The pair got engaged in 2007, right around the same time that they announced Salma’s pregnancy with daughter Valentina, now 13.

They got married in a lavish Parisian ceremony on Valentine’s Day, 2009 before they then renewed their vows two months later in Venice.

Why Wilko is the new go-to shop for affordable homeware