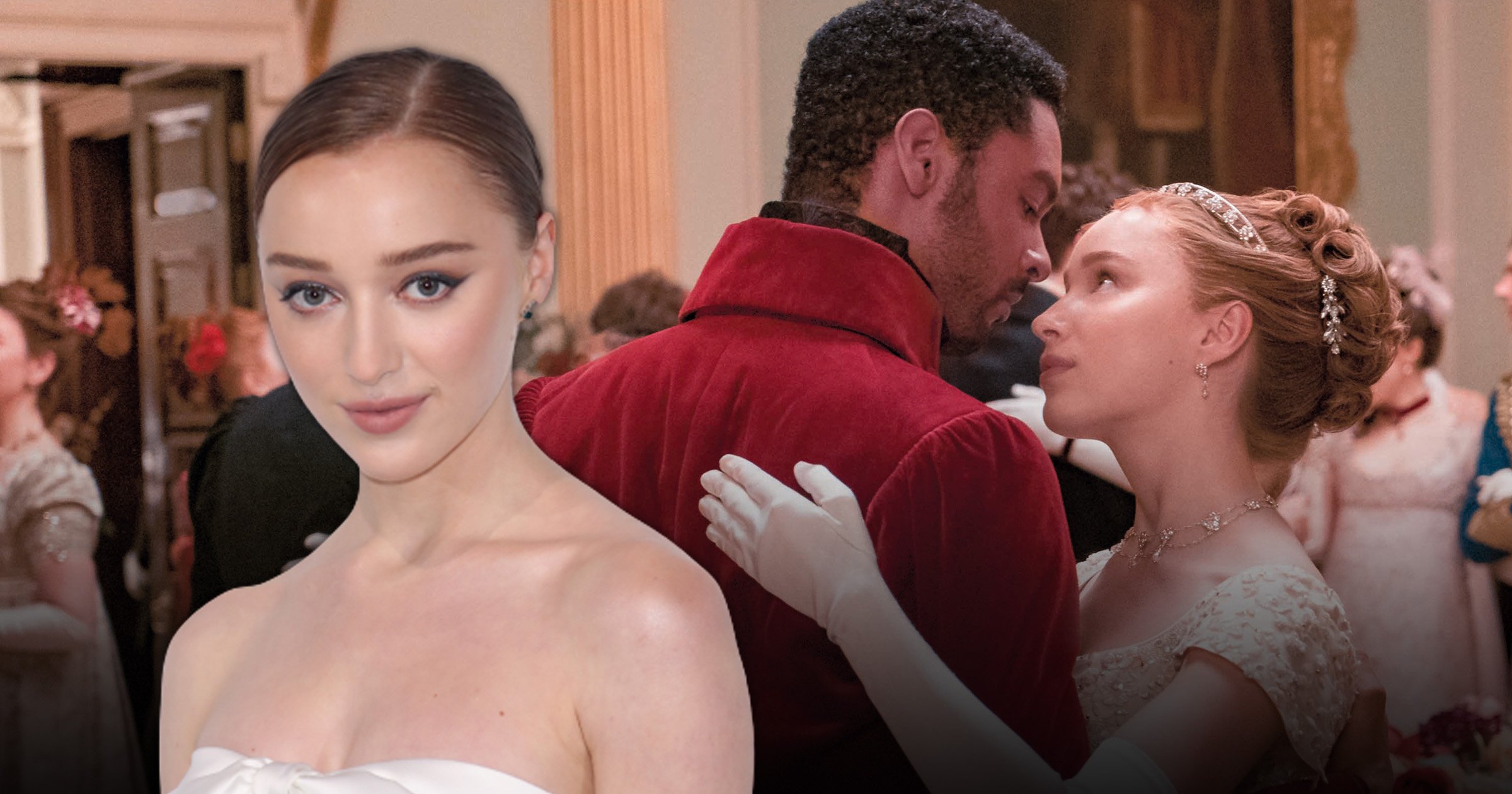 Bridgerton’s Phoebe Dynevor has denied there’s any romance between herself and her co-star Regé-Jean Page and insists it would be ‘very complicated’ if they were to date.

The actress, 25, who stars as leading lady Daphne Bridgerton in the hit Netflix series, says she’s yet to fall in love with one of her co-stars and is glad that she and Page are nothing but friends.

Fans of Bridgerton had questioned whether there was something going on between Phoebe and Page, given their undeniable chemistry onscreen.

Throughout the first season’s eight episodes, the pair are seen getting very up close and personal in plenty of steamy sex scenes (episode six, looking at you), but Phoebe insists she and her co-star are nothing, if not, ‘strictly professional’.

Speaking to You Magazine, Phoebe said of the dating rumours: ‘I’d love to say there was really something between us, but no, it has always been strictly professional.

‘There was so much pressure on us to get it right, that it was all about the work. We have a really professional working relationship.’

Adding that she wouldn’t have wanted anything more with Page, Phoebe added: ‘I’m glad for that, actually. It would be very complicated if it went further.’

‘I always hear about people falling in love with their co-stars,’ she teased, adding: ‘It’s yet to happen to me, but I’m intrigued.’

Her interview comes after Page, who stars as Bridgerton’s Simon Bassett, the Duke of Hastings, shut down rumours of a romance with Phoebe.

‘I think that everything you need to know is on camera. All the sparks that flew came off the beautiful scripts we were handed,’ he told Access Hollywood.

‘So I think that the sparky words, scripts and material are more than enough.’

Bridgerton landed on Netflix on Christmas Day and proved to be a huge hit with viewers, as it went on to become the streaming platform’s biggest series of all time.

A huge 82million viewers tuned in to watch the Regency romance drama, with show bosses already confirming season two is on its way.

The second series will focus on Viscount Lord Anthony Bridgerton (played by Jonathan Bailey) as he hopes to find a wife, with it being teased that the show is set to welcome a whole host of new characters.

MORE : Rihanna poses topless in Fenty boxer shorts by the pool while the rest of us freeze

Kendall Jenner Announces the Launch of Her New Tequila — And It’s Already Won...

Will Mellor thinks Two Pints is ‘bigger than Gavin and Stacey’ as he calls...

Jason Donovan forced to quit Dancing on Ice after failing to recover from back...