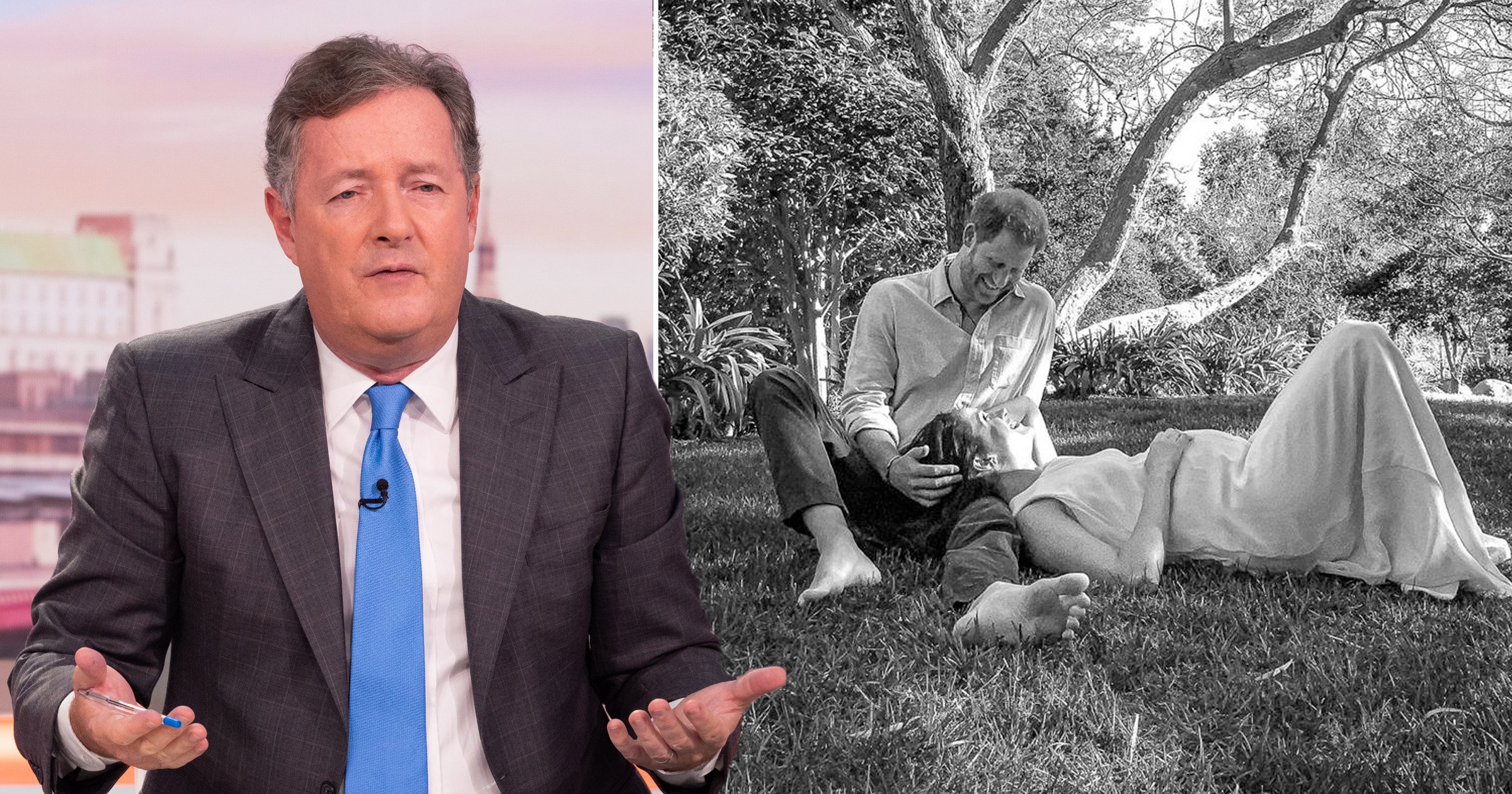 Piers Morgan has of course weighed in on the news that Prince Harry and Meghan Markle are expecting their second child.

The Duke and Duchess of Sussex revealed on Sunday that they are set to welcome a sibling for their son Archie.

The couple made the announcement with a black and white photograph of them sat under a tree with Meghan resting one hand on her currently small bump.

Piers, a long time critic of the royal couple, gave his view on Twitter with a barbed comment about the photoshoot.

Sharing the picture wrote: ‘BREAKING: Harry & Meghan have announced they’re pregnant and released this cheesy photo of themselves to ensure the media gives the story about their private life more prominence – in their latest courageous effort to stop the same media focusing on their private life.’

The Duke and Duchess, who live in Los Angeles with their son, have been determined to keep their private lives out of the spotlight since stepping back from their royal duties.

They have made the move into media and entertainment, signing a deal in September with streaming service Netflix to produce documentaries, films and children’s programmes.

The Good Morning Britain presenter previously clashed with co-host Susanna Reid after he slated the couple’s Archewell Audio podcast, with Piers claiming they were ‘fleecing the royal title for commercial gain’.

‘It all comes down to the same thing. Would Spotify have given them £2 if they weren’t the Duke and Duchess of Sussex?’ he said.

‘They wouldn’t have the profile without being members of the royal family.’

He added: ‘It is completely inappropriate for members of the royal family to use their titles to fleece commercial entities in this way.’

Plane daft: EGO is the latest in a long line of terrible airline names