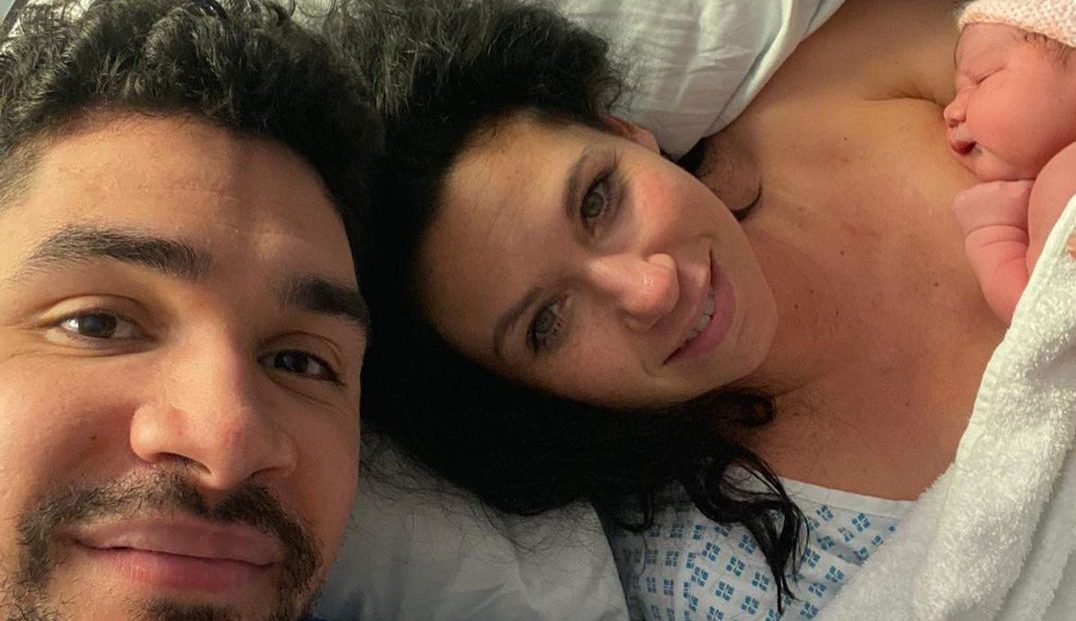 Louis Smith has become a father for the first time with his girlfriend, Charlie Bruce, giving birth to their baby girl.

The retired Olympic gymnast announced the news on Sunday alongside a sweet photo of Charlie cradling their daughter in her arms, just moments after giving birth in hospital.

In the caption, an elated Louis said: ‘What a 3 days it’s been. From Thursday night to Sunday morning. You women are incredible and the mother of my child is no exception. So glad both ladies are doing well and healthy.’

He then revealed the little one’s name which appears to have an ode to Valentine’s Day, adding: ‘Marley Valentina Smith welcome ❤️.’

‘I could not have done it without the love of my life @louissmith1989 by my side. What a journey we went through but we did it as the wonderful team we are! 🙌🏼💪🏻❤️.’

Love Island presenter Laura Whitmore, who is pregnant with her first child, led the congratulatory messages and commented: ‘Congrats ❤️.’

Former Strictly Come Dancing pro James Jordan, who recently became a first-time father himself, chimed in: ‘Congratulations mate, you will love it 🥰 Can wait to meet up.’

Louis, 31, announced he and Charlie were expecting their first child in September and shared their gender reveal moment with his Instagram followers.

He wrote alongside the video: ‘Doing life on my terms. A big surprise and it’s amazing to be having a baby girl with my woman @charliebruce1990.

‘In this crazy time and during a global struggle I wish everyone a happy life and a world of positivity.

‘Find the light in darknesses [sic] and the hope at then [sic] end of a tunnel. Life is full of ups and downs and right now we are taking an up.’

It’s not known when Louis and Charlie, best known for winning the first ever UK version of So You Think You Can Dance? in 2010, began dating but they went public with their relationship last February.

Jesy Nelson recalls ‘mentally bullying herself every day’ over weight: ‘I’m the only person I need to please’

Lori Loughlin ‘successfully gets her passport back’ after serving two months in prison for...

Meghan Markle and Prince Harry are expecting a baby!

Is coconut oil the secret to perfect skin?