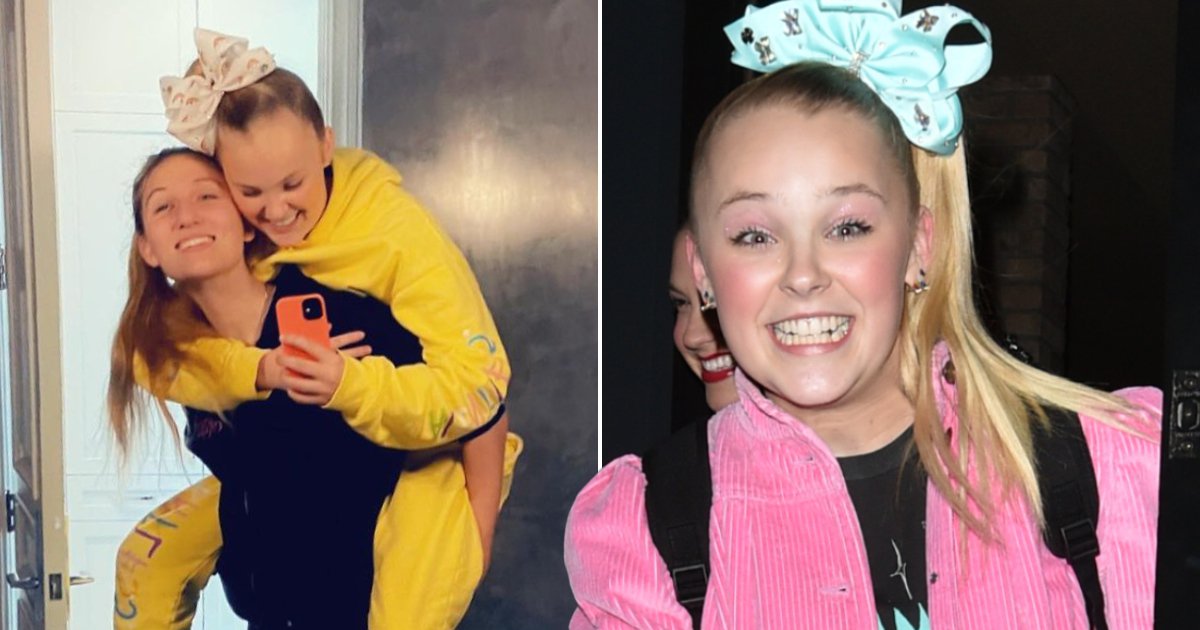 JoJo Siwa praised her girlfriend as ‘the most perfect person’ as she celebrated her ‘first Valentine’s Day’ since coming out.

After going public with her relationship with girlfriend Kylie, the internet star is marking the romantic day properly for the first time.

She shared a photo on Instagram of herself perched on Kylie’s back as they posed for a selfie in a bathroom mirror.

Dressed in a bright yellow onesie, the 17-year-old had a big smile on her face as she took the photo on her phone.

JoJo also posted a short video of them both out with a friend with her girlfriend jokingly blowing a straw wrapper at her face.

She wrote in the picture caption: ‘It’s my first valentines dayyyy!!🥰

‘No one in the world makes me as happy as this girl does. I’m so thankful to have fallen in love with the most perfect person ever who makes me smile 24/7.

‘I love you more thank you’ll ever know!’

It comes after Kylie shared a loved-up video with JoJo, teling followers to ‘fall in love with your best friend’.

She added: ‘It’s the best feeling in the entire world. here’s to one month with my favourite human 🙂 i love you sharky. (sic)’

Revealing her girlfriend’s identity on Instagram for the first time, JoJo said she is ‘the happiest I have ever been’ since they embarked on a relationship.

The teen came out as LGBTQ+ on January 22 by sharing a photo of herself wearing a T-shirt that said: ‘Best. Gay. Cousin. Ever.’ ‘My cousin got me a new shirt,’ she captioned the post.

The YouTuber previously said she is not going to ‘label’ her sexuality.

MORE : Katherine Ryan was ‘concerned’ for Slowthai over backlash after NME Awards ‘misogyny’

Bloodlands Is The New Irish Noir Rivalling The BBC’s Bodyguard

Buffy’s Michelle Trachtenberg alleges Joss Whedon was not allowed to be in a room...