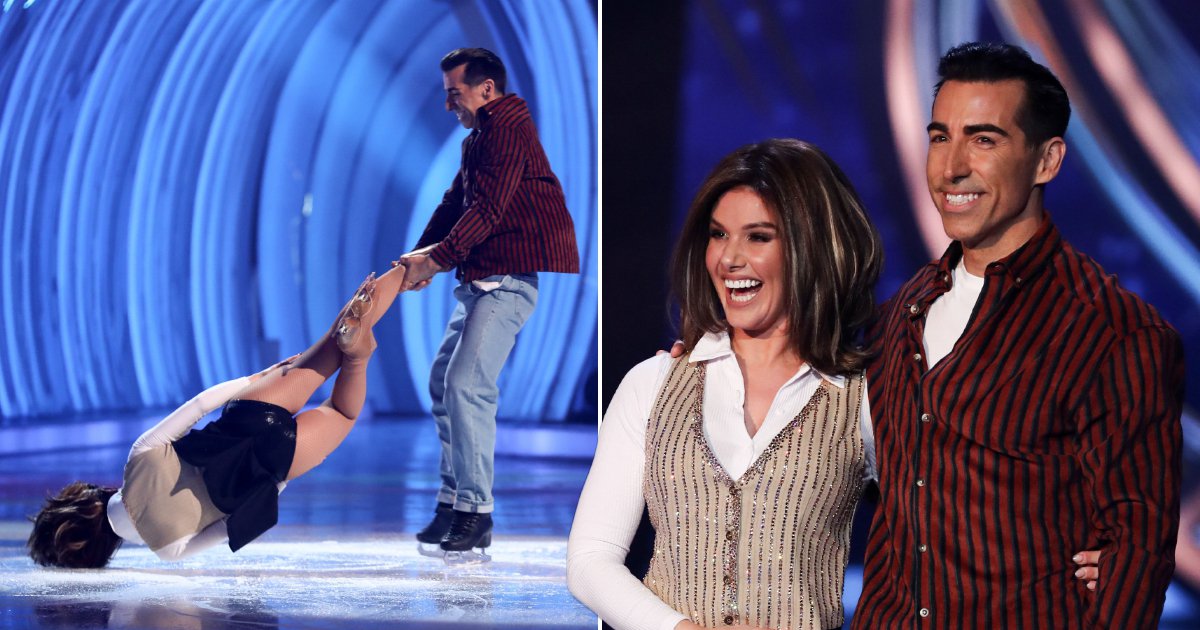 Dancing On Ice 2021 star Rebekah Vardy has managed to pull of the dreaded headbanger on the ice rink, the first one of the 2021 series.

During tonight’s show, Rebekah and her professional dance partner Andy Buchanan performed a routine paying homage to Ross and Rachel in Friends for the Valentine’s Day themed week.

Near the end of the routine, the pair delivered the headbanger – a risky move that involved Andy holding onto Rebekah’s ankles and spinning around as her head comes into close contact with the floor.

After receiving a score of 32.5 from the judges – their highest on the series so far – Rebekah admitted to hosts Phillip Schofield and Holly Willoughby that she ‘loved’ doing the headbanger.

Several fans congratulated Rebekah on managing to do the move, with one person stating: ‘Well done! @RebekahVardy fearless and fearsome! I watched through my fingers!’

‘Damn! That headbanger,’ another person wrote in astonishment.

Rebekah previously admitted that she was ‘petrified’ about taking on the move, although she said that she trusted her partner ‘completely’.

‘It’s petrifying, but I’m an adrenaline junkie and I trust Andy completely,’ she told The Sun On Sunday.

‘I know he would never let anything bad happen to me. It’s given me a vote of confidence to be able to do those things.’

Rehearsal footage showed Rebekah practising the dangerous move while wearing a helmet, as her head came close to the ground while Andy held her by the ankles.

However, viewers were enraged when she received her scores, with several people saying they thought she deserved to be marked higher by the judges.

This year’s series of Dancing On Ice has been hit by a spate of accidents and injuries, with several of the participants having to pull out of the competition.

Emmerdale star Joe-Warren Plant and his partner Vanessa Bauer were recently forced to exit the show after testing positive for coronavirus.

Meanwhile Jason Donovan had to drop out of tonight’s show after suffering back pains, although he assured fans that he plans on returning next week.

Dancing on Ice: Faye Brookes and Matt Evers have five hours to train after...

Money Diary: A 22-Year-Old Electrician In Grimsby On 17k

Too Many Thoughts Living Rent-Free In Your Head? Try Mind Gardening