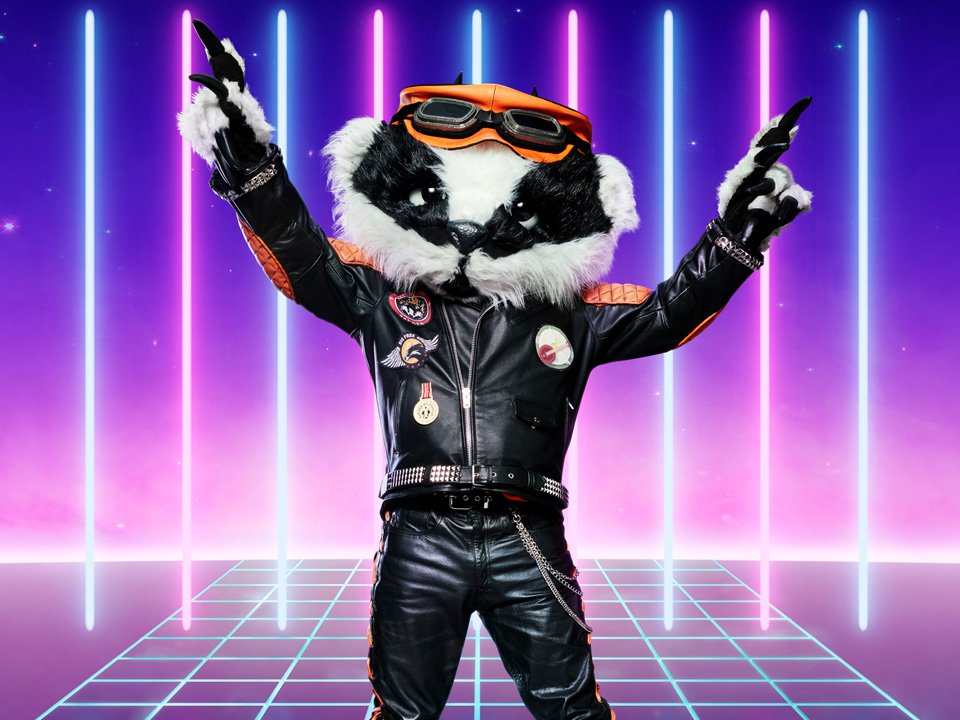 Badger has officially become the 11th contestant to leave The Masked Singer, being unmasked as Ne-Yo.

Chatting about his experience, the So Sick hitmaker said: ‘The secrecy at filming was, to say the least, EXTREME. I doubt Fort Knox has more security!’

‘Aside from it being terribly hot, I loved my mask and costume! The Rock n’ Roll Badger has become a part of my life and will forever hold a special place in my heart!’ he added.

The 41-year-old went on to say: ‘It was so hard not to laugh at some of the panel’s guesses. They REALLY had no clue who I was and I loved it!’

There were plenty of clues pointing Ne-Yo’s way, including that he sang Kelly Clarkson’s Because Of You during his appearance on the show. The singer – real name Shaffer Chimere Smith – has a song with Rihanna called Because Of You.

He also referenced coding in a couple of clue packages, with the singer previously investing in a coding school.

Meanwhile, his talk of being ‘anonymous’ referred to his beginnings as a songwriter.

He made it all the way to the final but was unmasked at the final stage of the competition by judges Davina McCall, Jonathan Ross, Rita Ora, and Mo Gilligan.

The latest episode of the show saw all three remaining singers take to the stage, which consisted of Sausage, Robin and Badger.

The unmasking comes after Dragon was eliminated last week, with fans being shocked to see comedian and presenter Sue Perkins behind the mask, while Gabrielle was behind the Harlequin mask.

In previous weeks, Viking was unveiled as A-ha Morten Harket after singing his own song on the show, and Blob turned out to be Sir Lenny Henry.

Martine McCutcheon surprised everyone when she was revealed as Swan, while Mel B was unveiled as Seahorse and Mel B as Alien.

The Masked Singer is available to watch on ITV Hub.

MORE : Who’s going to win The Masked Singer? All the odds ahead of the final

Everything we know about the Lady Gaga dognapping