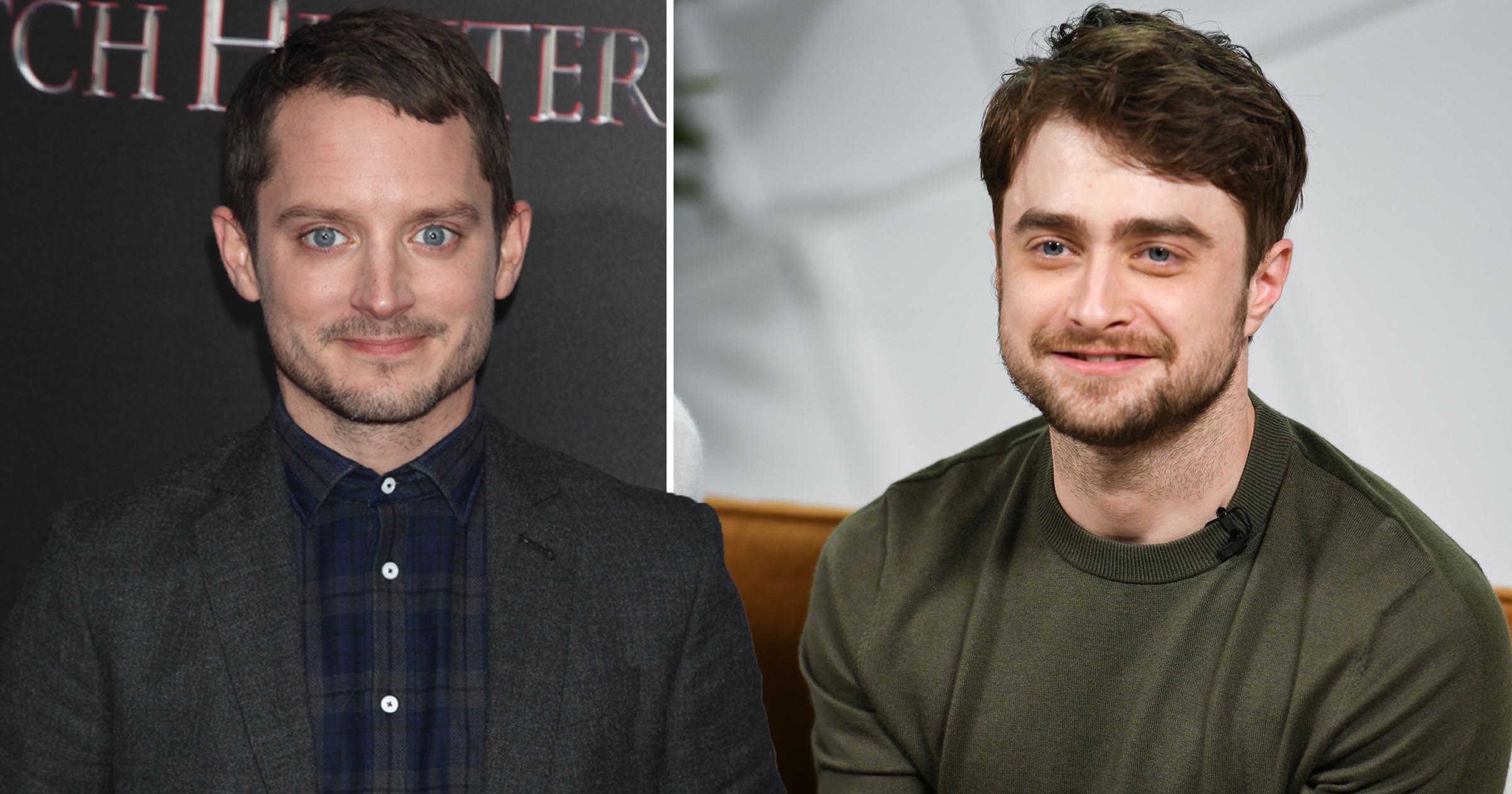 Fans have long said Elijah Wood and Danielle Radcliffe look alike – and the Lord Of The Rings star is totally up for playing brothers in the future.

The pair star on a joint cover for Empire magazine, titled ‘When Harry Met Frodo’ to celebrate 20 years of the Lord Of The Rings and Harry Potter franchises, which only served to spark more talk about how much they look alike.

Elijah, 40, teased the cover, writing: ‘Excited to reveal that I got together with Daniel Radcliffe for the new issue of @empiremagazine, to chat about 20 years of Lord Of The Rings and Harry Potter.’

Fans were over the moon to see their two worlds collide, tweeting: ‘Frodo Potter is real’ and ‘The power of this photo. Frodo & Harry!’

One fan told the actor: ‘You guys should play brothers!!!!,’ to which he teased that he wouldn’t rule out starring as 31-year-old Daniel’s big bro, adding: ‘That’d be really fun’.

The latest issue of Empire celebrates 20 years since the release of Harry Potter and The Philosopher’s Stone as well as The Lord Of The Rings.

Empire said of the special issue: ‘Empire has united Wood and Radcliffe for the very first time, bringing them together in conversation and for a (distanced, Covid-compliant) photoshoot – looking back on their experiences at the heart of the most expansive fantasy sagas of the ’00s, discussing their memories of playing Frodo and Harry, and how those films changed everything in their lives and careers, and in the Hollywood landscape.’

While Elijah responded to fans on Twitter, Daniel was not part of the conversation as he doesn’t have an account on the site.

He recently revealed on YouTube series Hot Ones: ‘I would love to say there’s some incredibly well-thought-out intellectual reason for this because I considered getting a Twitter and I 100% know that if I did, you all would be waking up to stories like, “Dan Radcliffe gets into fight with random person on Twitter”.

‘When I was younger, not anymore thank God, I would like to look up comments about myself on the internet and read s**t like that.

‘That is an insane and bad thing to do. And to me, like Twitter and everything just sort of feels like an extension of that. Unless I’m going to go on to just read all nice things about myself, which also feels like another kind of unhealthy thing to do.

‘Other than that, I don’t honestly think I’m mentally strong enough but right now I’m kind of alright with that.’