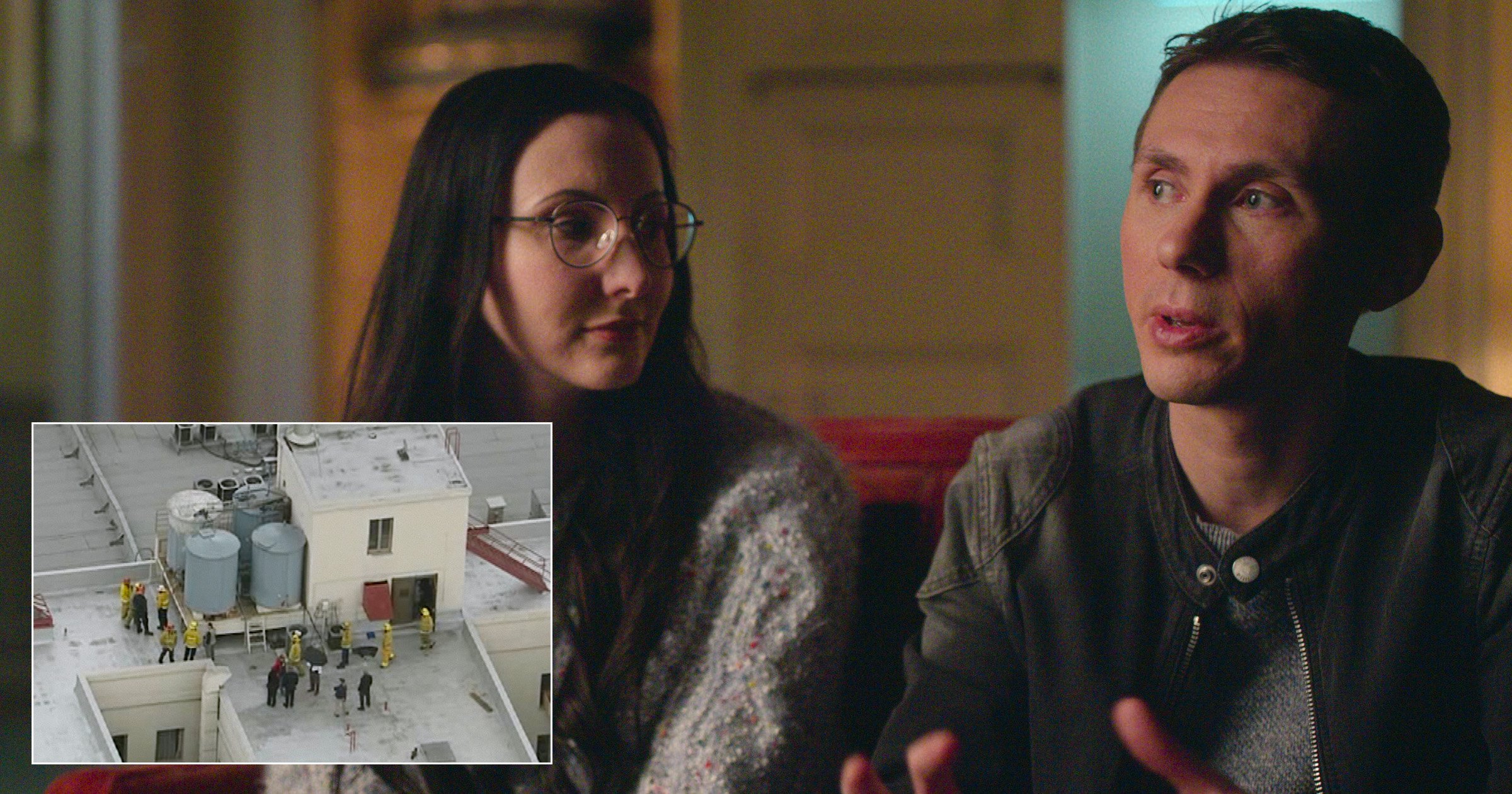 A guest who stayed at The Cecil Hotel had no idea his complaint about the dirty water would lead police to discover the body of missing student Elisa Lam – until he watched the Netflix documentary.

Crime Scene: The Vanishing at the Cecil Hotel recounts the chilling events inside the Los Angeles building, surrounding the mysterious disappearance of Elisa in 2013.

The student’s body was only found after one couple noticed that there was ‘brown’ water coming out of the taps they were using to drink and brush their teeth from.

Mike and Sabina Baugh, who arrived at the hotel shortly after Elisa disappeared, were the guests who initially reported the issue.

Despite being there when Elisa’s body was discovered, Mike and Sabina had no idea that if it wasn’t for them, her body may have taken a lot longer to find.

Speaking to Metro.co.uk about the ‘revelation’, Mike began: ‘What we didn’t know until the documentary came out, was that us complaining led to the guy going up to the roof and discovering the body after the police had already been up there and not found her.

‘That was actually a revelation for us because we had no idea our complaints led to that.’

‘I was just completely shocked,’ he added. ‘Looking back, at the time it felt we just happened to be there at the time this thing happened.

‘What we didn’t know was we were actually a part of the discovery so it just made it, I guess more personal for us.’

The four-part series also lifts the lid on serial killer Richard Ramirez, who lived at The Cecil Hotel, and how his crimes went undetected for so long.

Ramirez, who would later become known as the Night Stalker, raped, killed and tortured dozens of people around Los Angeles between 1984 and 1985.

Is The Cecil Hotel still open and can you stay there?

Based on the edge of a deprived area of LA known as Skid Row, the Cecil Hotel’s sordid past spans decades, with dozens dying while staying there either by suicide, murder or accidental overdose.

The three hoteliers invested $2.5million (£1,805,625.00) into the hotel, but five years later the United States sank into the Great Depression.

In the 1940s, the hotel began to decline as the area nearby became populated with the homeless.

In 2007, Cecil Hotel had a refurbishment and in 2011 it was rebranded under the new name of Stay on Main.

Crime Scene: The Vanishing at the Cecil Hotel is available to watch on Netflix

MORE : Crime Scene: The Vanishing at the Cecil Hotel couple discover brown water caused by a corpse in sickening scenes

MORE : Where is the Cecil Hotel, is it still open and can you stay there?

Model Rebecca Landrith Found Dead on Side of the Road in Pennsylvania After Being...

The best TV shows on Prime and Netflix right now

Two in five with cancer symptoms did not seek help in...