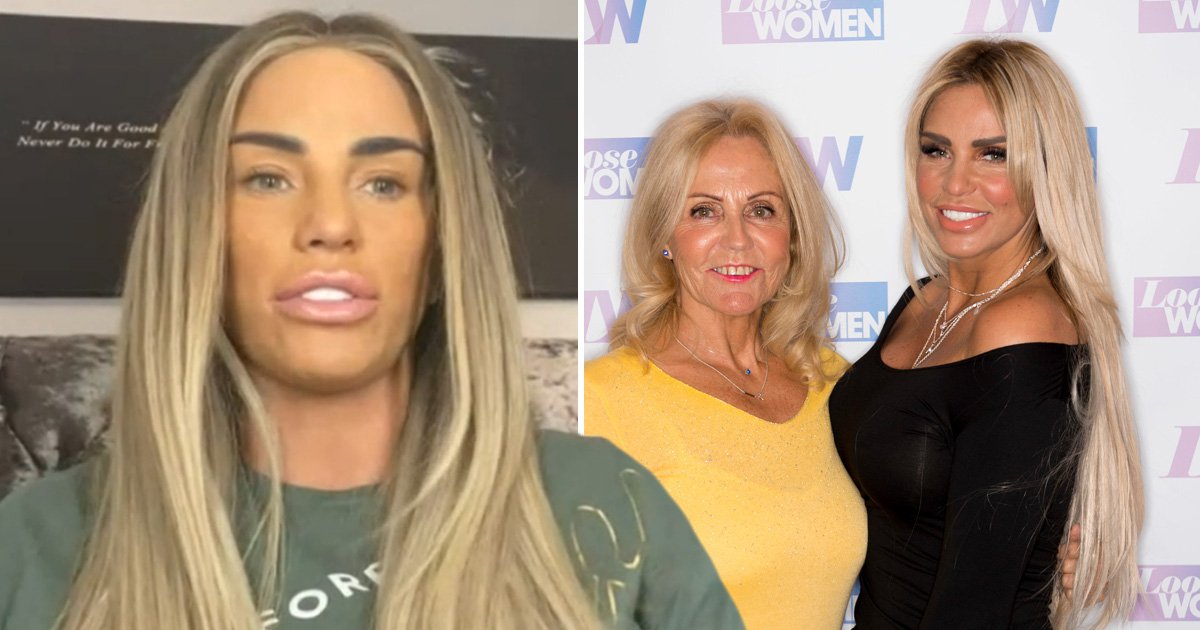 Katie Price has revealed that her terminally ill mum Amy only has 32% of her lung capacity left as her condition continues to deteriorate.

As she is classed as vulnerable during the coronavirus pandemic, Amy hasn’t been able to see Katie or the reality star’s five children since October.

Speaking on BBC Northern Ireland’s Nolan Live, the former glamour model told host Stephen Nolan that her mum’s condition is getting worse and she is struggling to breathe.

‘My mum doesn’t smoke, she’s always been so healthy and she’s got this incurable lung disease and there’s nothing you can do,’ Katie began.

‘So the British Lung Foundation, she got us in touch with them to talk to other people and they just said “Build memories, take lots of pictures” and that’s all you can do really.

‘What else can you do, you know it’s coming.’

‘It’s horrible to see my mum go through it because she’s so active, it’s cruel.’

Elsewhere in the interview, the mum-of-five also opened up about her ‘planned suicide attempt’ after she hit a breaking point.

After struggling with her mental health for a long time, Katie decided to get professional help and checked herself into The Priory.

Earlier this week Amy appeared via video link on Good Morning Britain, where she gave an update on her health.

Despite telling the hosts that she is in her ‘last couple of years now’, Amy is trying to stay positive.

‘I’m hoping and pushing to see if I can get on the transplant list because there is no cure, there’s nothing else they can do for me really, it’s just palliative care keeping me comfortable,’ she explained.

‘But with the transplant, my age is against me because the results are not that good as you get older. You could die in the operating theatre, you could have rejection, you might not come out of hospital.

‘I think if you can go through all that, then you would have a better quality of life and maybe live another two or three years.’

MORE : Gemma Collins pays tribute to ‘kind’ Piers Morgan after breaking down on Life Stories: ‘I have made mistakes’

’90 Day Fiancé’: Julia Gets Upset When Brandon Is Unexcited About Her Wedding Dress (Exclusive)

The Bachelor: Matt James weeps as Serena Pitt dumps him after hometown dates