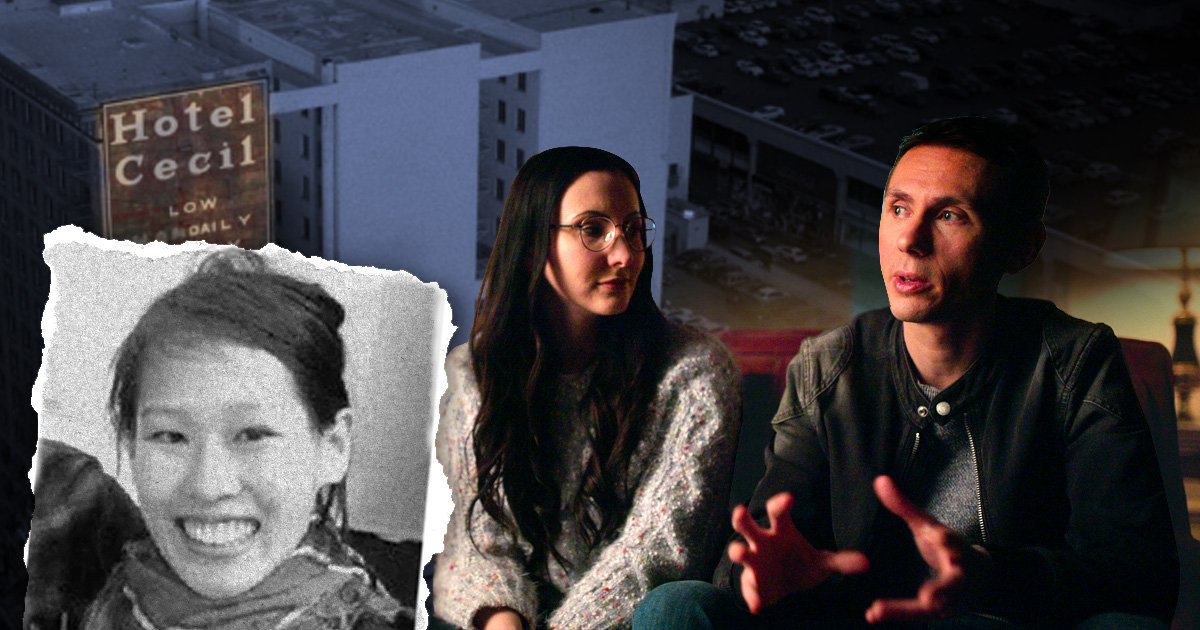 *This article contains spoilers for Crime Scene: The Vanishing at the Cecil Hotel*

Netflix’s new series Crime Scene: The Vanishing at the Cecil Hotel has got viewers hooked already as it retells the harrowing story of how Elisa Lam went missing to how her body was discovered.

The four-part series recounts the chilling events inside the Los Angeles building dubbed ‘Hotel Death’, surrounding the mysterious disappearance of the college student in 2013.

Elisa’s body was only found after one couple noticed that there was ‘brown’ water coming out of the taps they were using to drink from and brush their teeth.

But, there is one question that we are all asking after watching the first two episodes – why did the guests continue to drink the dirty water?

British couple Mike and Sabina Baugh, who arrived at the hotel shortly after Elisa disappeared, were the guests who initially reported the ‘brown’ water.

However, despite what viewers might think, Mike has explained that they didn’t actually drink the water when it was discoloured.

‘Nobody in the hotel drank brown water, the water wasn’t coming out discoloured,’ he told us.

‘There was a low water pressure, so the water was just coming out slowly and it wasn’t discoloured at this point.’

‘When we were complaining, the water was clear but it just tasted odd,’ he added.

After reporting it to the hotel reception, Mike and Sabina were moved to another room and a maintenance man was issued to fix the issue. Although, this is when they made a grim discovery…

He continued: ‘But when the water pressure came back, that is what you saw on the footage of the documentary, where it came out brown.

‘Of course, that was because the pressure came back and it really came out at that point, but when it was clogged it was just coming out a normal colour.

‘Everyone was having a shower with it, you’re brushing your teeth with it, washing your face with it, but at the low pressure it wasn’t discoloured.’

After a baffling search, Elisa’s decomposing body was found in the water tank on the roof by a maintenance man 19 days after she was last seen.

Mike and Sabina, along with the rest of the guests were then relocated to another hotel.

‘We were kept in the lobby for the whole day,’ Mike explained.

Is The Cecil Hotel still open and can you stay there?

Based on the edge of a deprived area of LA known as Skid Row, the Cecil Hotel’s sordid past spans decades, with dozens dying while staying there either by suicide, murder or accidental overdose.

The three hoteliers invested $2.5million (£1,805,625.00) into the hotel, but five years later the United States sank into the Great Depression.

In the 1940s, the hotel began to decline as the area nearby became populated with the homeless.

In 2007, Cecil Hotel had a refurbishment and in 2011 it was rebranded under the new name of Stay on Main.

Crime Scene: The Vanishing at the Cecil Hotel is available to watch on Netflix

MORE : Crime Scene: The Vanishing at the Cecil Hotel couple discover brown water caused by a corpse in sickening scenes

MORE : Where is the Cecil Hotel, is it still open and can you stay there?

‘Call me a middle-class hypocrite if you want, but I’m not getting rid of...