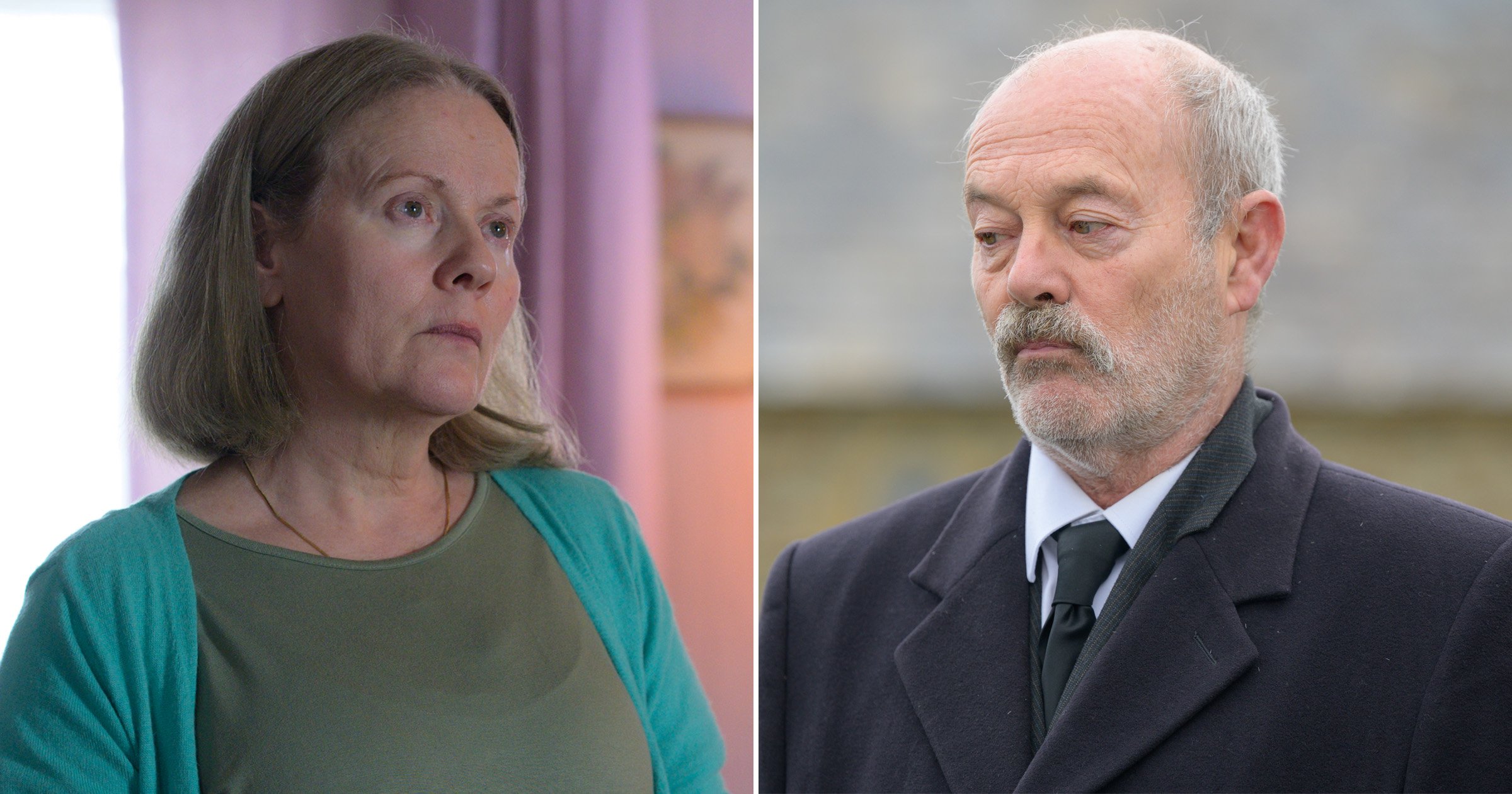 The second instalment of ITV drama The Pembrokeshire Murders ended on a cliffhanger tonight.

John was initially put in prison after he was convicted of a string of burglaries and robberies.

However, before Dyfed-Powys Police could link his crimes to two double murders and a number of sexual assaults between 1985 and 1996, he was released from prison on parole.

During tonight’s episode, John, who is portrayed by Keith Allen, is released from prison where he goes home to his wife Pat (Caroline Berry).

It’s clear to see that Pat is distressed by the return of her husband as she locked herself away in the bathroom as soon as he got home.

In an unexpected twist, the episode ended with John calling 999.

As the call handler asked him ‘What is your emergency?’ John doesn’t say a word, instead, he just breathed heavily down the phone.

Viewers watching were hooked as the episode drew to a close, with many questioning if he killed his wife.

One tweeted: ‘Did he kill his wife? shocking.’

‘They’ve got the b*****d but has he killed his Mrs or she killed her self?? #PembrokeshireMurders,’ questioned another viewer.

One added: ‘What a good cliff hanger on night two.’

‘Did he just kill his wife?’ another commented.

Many other viewers speculated how the series would come to a close in its third and final episode, as they described the drama as both ‘chilling’ and ‘unsettling’.

Another tweeted: ‘This #PembrokeshireMurders thing is extremely unsettling, isn’t it?’

John was convicted again after police linked his appearance on Bullseye to an artist impression of the suspect.

They were then able to identify John’s shotgun as the murder weapon in 2009, and in 2011 he was charged with the double murders and sexual assaults.

He was also charged with the rape of a 16-year-old girl and the sexual assault of a 15-year-old girl, who were both held at gunpoint.

In September 2011, he launched an appeal against his convictions, but it was rejected in November 2012.

The Pembrokeshire Murders returns tomorrow night at 9pm on ITV.

MORE : The Pembrokeshire Murders: The remarkable story of how TV show Bullseye exposed the killer 20 years after it was filmed

Marina Wheeler: ‘I’ll never forget the people who were there when I was in...

Dr Hilary Jones reveals mum, 94, received coronavirus vaccine as he hits back at...

Kate Winslet reveals dad, 81, has had the coronavirus vaccine: ‘It’s a relief’